This is your brain on meditation

The brain processes more thoughts, feelings during meditation than when you are just relaxing, study shows. 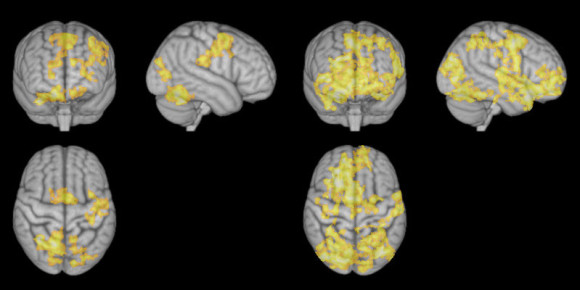 Mindfulness. Zen. Acem. Meditation drumming. Chakra. Buddhist and transcendental meditation. There are countless ways of meditating, but the purpose behind them all remains basically the same: more peace, less stress, better concentration, greater self-awareness and better processing of thoughts and feelings.

But which of these techniques should a poor stressed-out wretch choose? What does the research say? Very little – at least until now.

Different meditation techniques can actually be divided into two main groups. One type is concentrative meditation, where the meditating person focuses attention on his or her breathing or on specific thoughts, and in doing so, suppresses other thoughts. The other type may be called nondirective meditation, where the person who is meditating effortlessly focuses on his or her breathing or on a meditation sound, but beyond that the mind is allowed to wander as it pleases. Some modern meditation methods are of this nondirective kind.

“No one knows how the brain works when you meditate. That is why I’d like to study it,” says Jian Xu, who is a physician at St. Olavs Hospital and a researcher at the Department of Circulation and Medical Imaging at NTNU.

Fourteen people who had extensive experience with the Norwegian technique Acem meditation were tested in an MRI machine. In addition to simple resting, they undertook two different mental meditation activities, nondirective meditation and a more concentrative meditation task. The research team wanted to test people who were used to meditation because it meant fewer misunderstandings about what the subjects should actually be doing while they lay in the MRI machine.

The results were recently published in the journal Frontiers in Human Neuroscience.

A place for the mind to rest

“I was surprised that the activity of the brain was greatest when the person’s thoughts wandered freely on their own, rather than when the brain worked to be more strongly focused,” said Xu. “When the subjects stopped doing a specific task and were not really doing anything special, there was an increase in activity in the area of the brain where we process thoughts and feelings. It is described as a kind of resting network. And it was this area that was most active during nondirective meditation.”

Provides greater freedom for the brain

“The study indicates that nondirective meditation allows for more room to process memories and emotions than during concentrated meditation,” says Svend Davanger, a neuroscientist at the University of Oslo, and co-author of the study.

“This area of the brain has its highest activity when we rest. It represents a kind of basic operating system, a resting network that takes over when external tasks do not require our attention. It is remarkable that a mental task like nondirective meditation results in even higher activity in this network than regular rest,” says Davanger.

Most of the research team behind the study do not practice meditation, although three do: Professors Are Holen and Øyvind Ellingsen from NTNU and Professor Svend Davanger from the University of Oslo.

Acem meditation is a technique that falls under the category of nondirective meditation. Davanger believes that good research depends on having a team that can combine personal experience with meditation with a critical attitude towards results.

“Meditation is an activity that is practiced by millions of people. It is important that we find out how this really works. In recent years there has been a sharp increase in international research on meditation. Several prestigious universities in the US spend a great deal of money to research in the field. So I think it is important that we are also active,” says Davanger.