Telstar was the 1st satellite to relay television signals between Europe and North America. It launched on this date … and helped change the world. 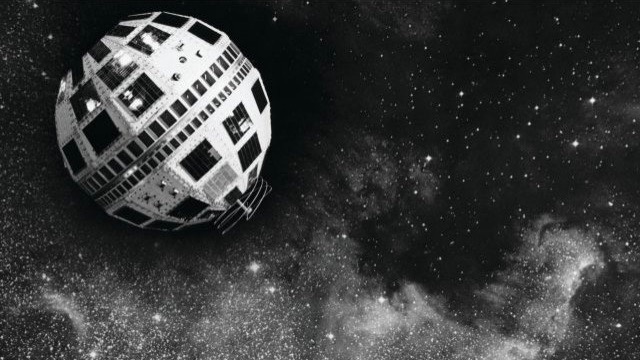 July 10, 1962. This date marks the launch of Telstar 1, the first communications satellite capable of relaying television signals from Europe to North America, by a Delta rocket.

Telstar – a 171-pound, 34.5-inch sphere loaded with transistors and covered with solar panels – relayed its first signal just hours after its launch from Cape Canaveral, Florida. 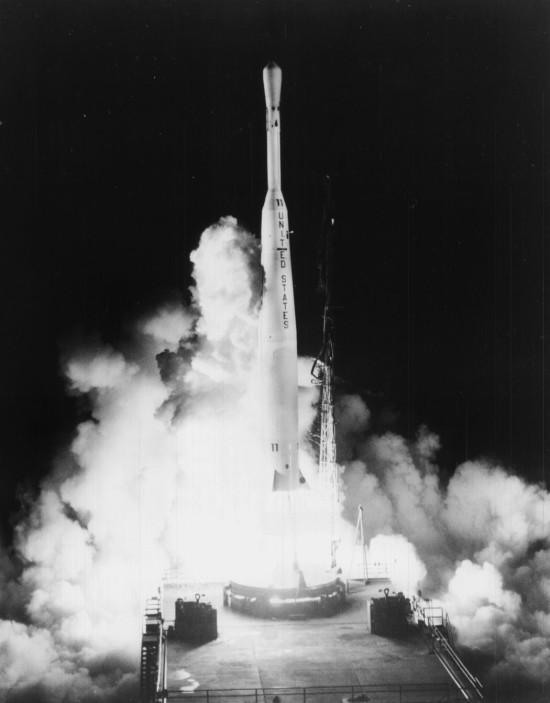 A Thor/Delta 316 launches with the Telstar 1 satellite from Cape Canaveral on July 10, 1962. Image via NASA.

The first transmitted images showed an American flag outside a receiving station in Andover, Maine. Later, Telstar sent live television images as well as telephone calls, faxes and other data. 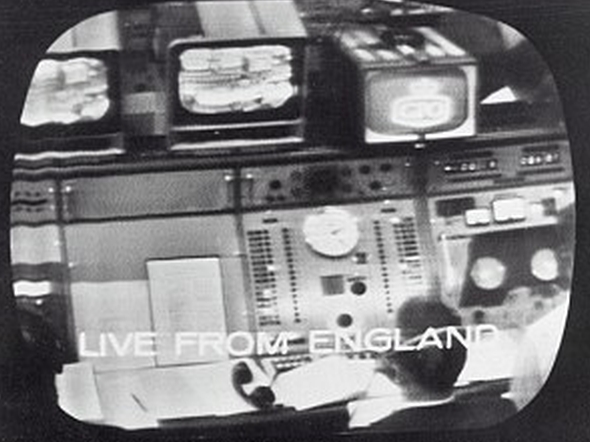 An early transatlantic transmission over Telstar. Image via Daily Mail.

This (is an) outstanding symbol of America’s space achievements.

And so it was. Telstar 1 led to the advent of 24-hour, live news programming from anywhere in the world, an innovation that began to hit its stride during the Vietnam War in the late 1960s and early 1970s.

Meanwhile, anyone old enough to listen to radio in 1962 remembers the hit song “Telstar” an instrumental performed by The Tornados. It reached No. 1 on the U.S. Billboard Hot 100 in December 1962. You can hear a version of Telstar by The Ventures in the video below:

Bottom line: Telstar 1, the first communications satellite capable of relaying television signals from Europe to North America, launched on this date … and helped change the world.