First subway system in France and second-busiest in Europe today. But its early days were not without controversy.

June 19, 1900. On this date, the subway system in Paris, France began operations on Line 1 after two years of construction that involved tearing up several streets of the famed city. The Paris Metro was the first subway system in France and was said to symbolize a country in the forefront technologically, worldwide. Today, this rapid transit system in Paris remains mostly underground and runs to 214 kilometers (133 mi) in length. With 303 stations, of which 62 facilitate transfer to another line, it’s said to be Europe’s second busiest metro system after Moscow. 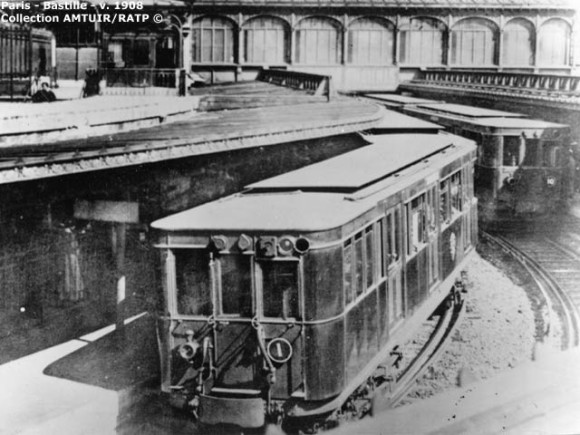 A train at Bastille Station in Paris in 1908. Photo via Wikimedia Commons

Le Métro, as residents called it, was not without controversy when it was first constructed. The city had decided in 1898 to commence construction on the subway to connect sites for the 1900 Paris Exposition Universelle (World Fair). The effort involved serious disruption to Paris residents, as streets were dug up and torn up. A RATP Group, the state-owned operator of the subway, said on its website:

Complaints flooded in, and there was widespread opposition to the project.

However, the city persevered, and the Paris Metro became part of a building boom of subways worldwide: Boston, Chicago, Philadelphia, Berlin and Hamburg were just some of the subways built in the decade between 1900 and 1910. 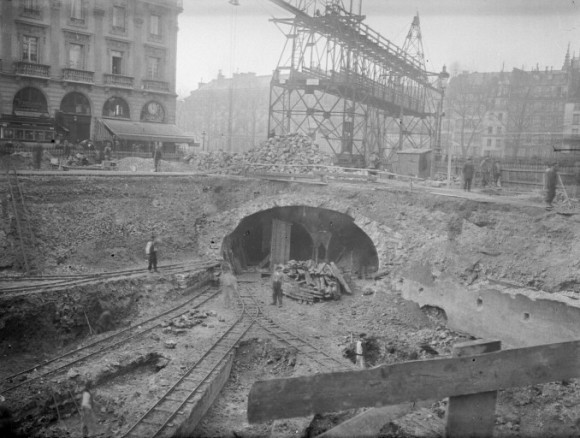 This photo shows continued construction of the Paris Metro from 1902 to 1910. Description page on Wikimedia Commons. 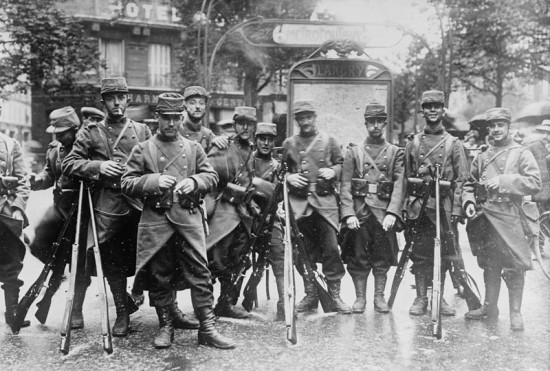 “Le Métro” became a vital method of transportation throughout Paris. In this 1914 photo, French soldiers guard a subway entrance at the beginning of World War I. Description page on Wikimedia Commons.

After the subway’s opening June 19, 1900 – delayed by several weeks due to a general strike – Line 1 quickly became popular enough to justify building more subway lines in the city.

Bottom line: On June 19, 1900, the subway in Paris, France began operations on Line 1 after two years of construction. It was France’s first subway system and was said to symbolize a country in the forefront technologically, worldwide.