This date in science: First woman to fly around the world

April 17, 1964. Geraldine “Jerrie” Fredritz Mock touched down in Columbus, Ohio, on this date, capping a journey that lasted 29 days, 11 hours and 59 minutes and beating out a competitor for the title of first woman to fly around the world. 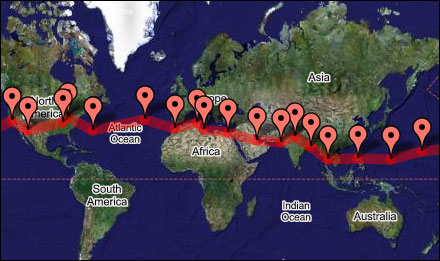 Google Map of Jerrie Mock’s flight path on her record-breaking trip around the world in 1964. Map via Three-Eight Charlie on myflightblog.com 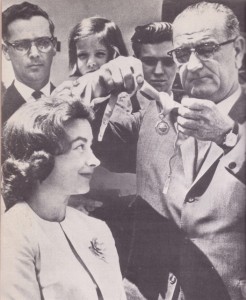 Jerrie Mock was an experienced pilot and carefully packed her Cessna with equipment ranging from radios, to a compass, to a typewriter to bang out stories for the Columbus Dispatch. According to the Smithsonian, Mock decided to accelerate her departure when she heard that Joan Merriam Smith was planning to nab the record.

Geraldine “Jerrie” Mock was born November 22, 1925 in a suburban neighborhood of Newark, Ohio. She was the oldest of three sisters, but during her childhood, she found more in common with the boys. Her interest for flying was sparked when she was 12 years old when she and her father had the opportunity to fly in the cockpit of a Ford Trimotor airplane. In high school, she took an engineering course of which she was the only girl and decided flying was her passion. She graduated from Newark High School (Ohio) in 1940 and went on to attend Ohio State University majoring in engineering. 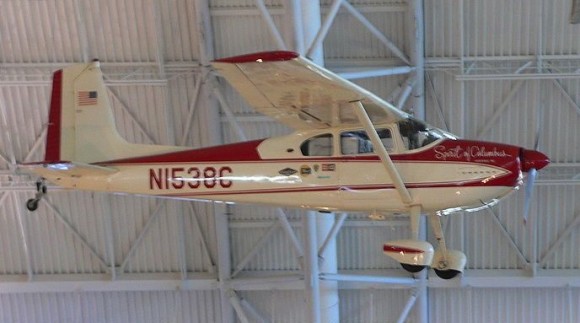 Spirit of Columbus, in which Jerrie Mock became the first woman to circumnavigate the globe successfully.

For her round-the-world trip, Mock received the Federal Aviation Administration’s exceptional service decoration from then-president Lyndon B. Johnson. Today, Mock’s plane – Spirit of Columbus – is on display at the Smithsonian National Air and Space Museum’s facility near Dulles International Airport.