The first U.S. patent was for a new method of making potash, an early industrial chemical, used to make soap and other products.

July 31, 1790. On this date, just 14 years after the United States was born as a nation, the U.S. issued its first patent. It went to Samuel Hopkins, an inventor who resided Pittsford, Vermont, and later of Pittsford, New York. Hopkins discovered of a new method of producing potash and pearlash. The Carnegie Library of Pittsburgh explains:

Potash was the designation of a crude form of potassium carbonate derived as residue from the repeated boiling of wood ashes in a cauldron (or in 18th century parlance, a pot—hence, the name “potash”). Potash or the more refined pearlash may rightly be thought America’s first industrial chemical because this substance was an essential ingredient in the making of soap, glass and gun-powder.

Read more about Hopkins and his work from the Carnegie Library of Pittsburgh. 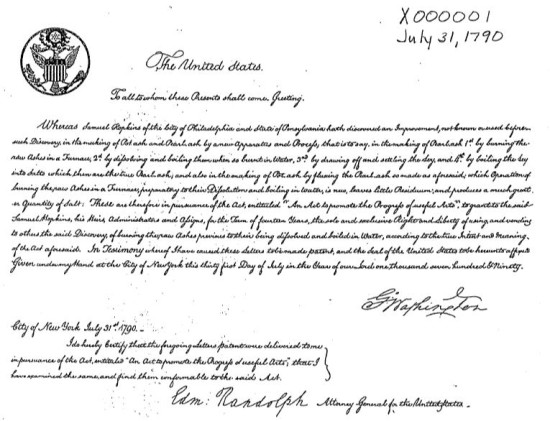 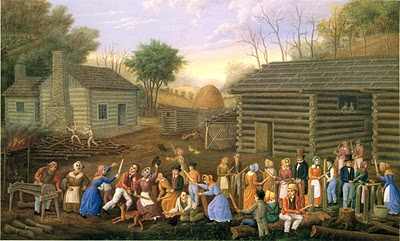 Linton Park (American painter, 1826-1906) painted Flax Scutching Bee in 1885. It depicts a party of colonial Pennsylvanians, who will use ashes from the fire (far left of painting) to bleach fabric. The first U.S. patent was for a new method to make potash, or pearlash, which is derived similarly, as residue from the repeated boiling of wood ashes in a cauldron. 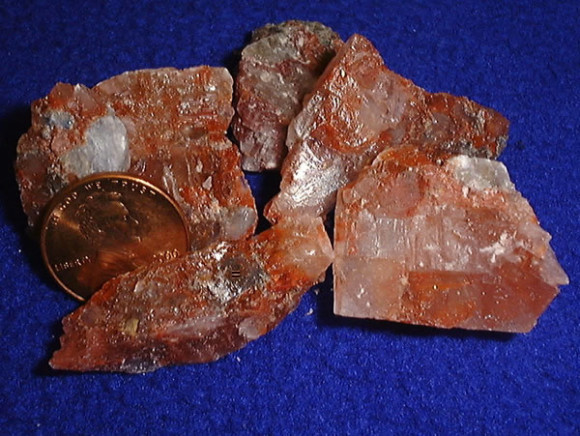 Bottom line: The first U.S. patent was authorized in New York City, then the capital of the new country, on July 31, 1790. It went to Samuel Hopkins, an inventor who discovered of a new method of producing potash and pearlash, which could be considered as some of the first industrial chemicals.