It crossed a dangerous strait between Wales in western Great Britain – and an island that had become a place to catch the ferry to Ireland.

January 30, 1826. Workers completed construction of the first modern suspension bridge on this date. It was the Menai Bridge between Wales on the island of Great Britain and the smaller island of Anglesey, to the west. According to local reports about the bridge from nearly 200 years ago, travel in the strait between Wales and Anglesey was hazardous, due to shifting currents and unpredictable weather patterns. But the island of Anglesey had the Atlantic Ocean and Irish Sea to its west, and, especially after Ireland joined the United Kingdom in 1800, people increasingly wanted to use Anglesey as a jumping off point to reach the Emerald Isle by ferry boat.

The Menai Bridge between Wales and Anglesey is considered the first modern suspension bridge in the world. Image credit: Ingy the Wingy/Flickr 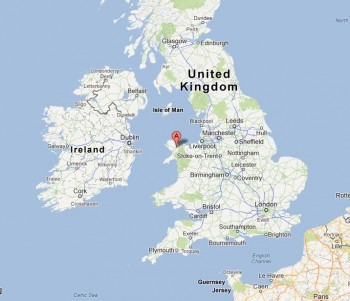 Menai Bridge – marked the the red letter A – between Wales on the island of Great Britain and the smaller island of Anglesey. Map via Google.

The Menai Bridge reportedly stands 100 feet (about 30 meters) above the waters. It’s tall enough to allow sailing ships to pass underneath. It spans 579 feet (about 175 meters) from the Wales coast to the coast of Anglesey, and it’s supported by 16 large chains.

The chains has been changed out over the years to allow heavier truck traffic to pass through.

The Menai Bridge is still in use today. 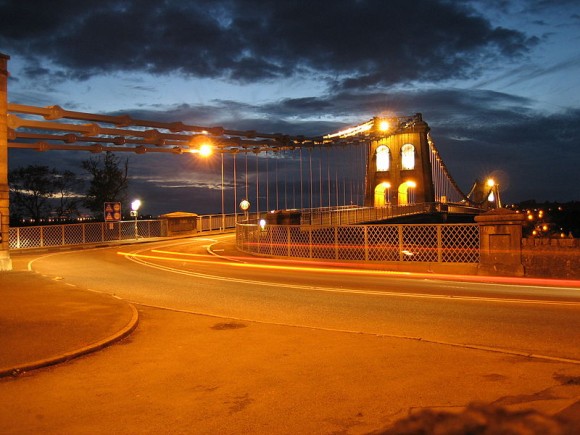 Menai Bridge on an evening in 2010. Via Wikimedia Commons.

Bottom line: On January 30, 1826, workers completed the Menai Bridge between Wales and Anglesey, the first modern suspension bridge in the world.