Want to avoid politics at this year’s Thanksgiving dinner? Amaze your companions with your knowledge of why different cuts of turkey have different characteristics. 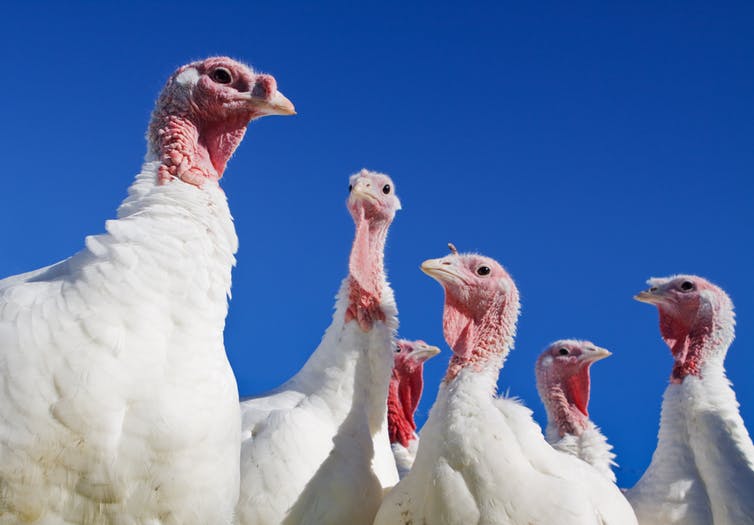 Turkeys do a lot of standing and milling around, not a lot of flying. Image via Richard Wozniak/Shutterstock.com.

As families gather together this holiday season, the lucky ones will avoid impassioned discussions about religion and politics. But another argument is almost inevitable: white meat versus dark meat.

Consider how turkeys move. Have you ever seen a flock of turkeys fly by? Of course not! If a turkey is threatened, it can take flight for brief periods in an attempt to escape. But these birds spend most of their time standing and walking.

These activities – walking and standing versus brief, panicked flight – are quite different. They’re supported by different kinds of muscles geared to these different functions, and you can see those differences on your dinner plate. 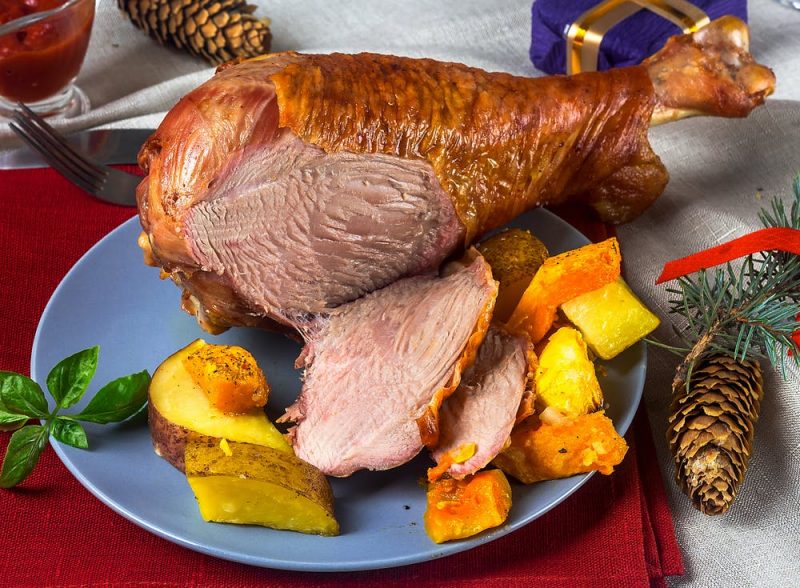 Consider first the dark meat, which is found largely in the legs. This type of meat comes from muscles that get lots of use as turkeys spend their time walking around being turkeys.

Muscle physiologists call these sorts of muscles slow twitch or type I muscles. They are also called oxidative muscles, which refers to how they produce adenosine triphosphate, abbreviated as ATP. Think of ATP as a cell’s energy currency for performing a given function. Cells don’t need a job to earn this cash; they simply produce it.

The muscles’ metabolism must be able to support them throughout their long, sustained activities. In this case, because lots of ATP must be produced over extended periods of time, the muscle cells rely on their organelles called mitochondria. The mitochondria are like factories that manufacture ATP.

It’s the mitochondria that lend dark meat one of its distinguishing (disgusting?) characteristics. They can use fat to produce ATP. Because of its higher muscle fat content, some people may perceive dark muscle as greasy, while others deem it delicious.

Mitochondria also require oxygen in order to function. They rely on an iron-containing protein called myoglobin, which shuttles oxygen from the blood to the mitochondria found inside muscle. Because of the large amount of myoglobin, these muscles appear dark. 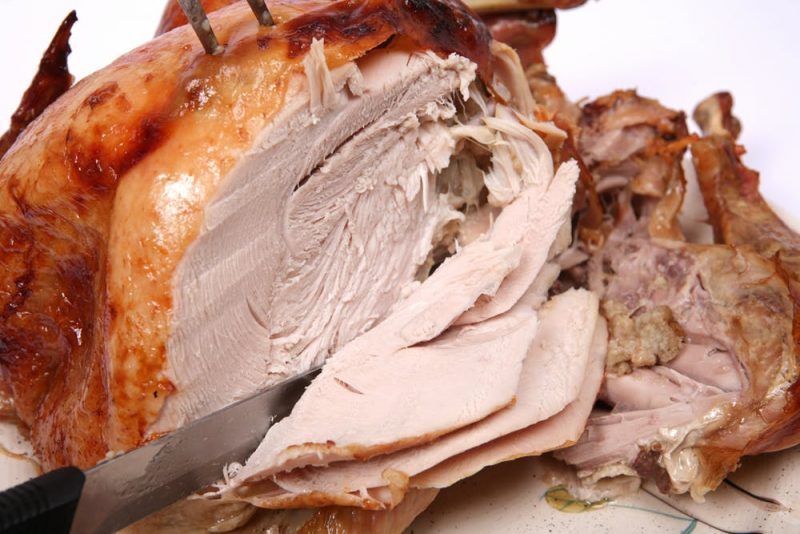 What about that drier, white meat? Again, it’s useful to first consider its function.

White meat is found largely in the breast muscles, which are used to create the explosive force needed for flight. But keep in mind that for turkeys, this flight is very short in duration: just long enough to escape a predator. This job is ideally suited for what physiologists call type II or fast twitch muscle.

This sort of activity is supported by a different means of ATP production – one that does not heavily rely on mitochondria or require oxygen. White muscles use a process called glycolysis, which requires carbohydrates to create ATP. They are light in color because of their low capacity to use oxygen during exercise; there is simply no need for a high abundance of the iron-rich oxygen shuttle, myoglobin.

White muscles have a low fat content because they don’t need and don’t have a large amount of mitochondria required to make ATP from fat. That’s why some people find this meat to be dry.

Different species of animals perform different jobs with their muscles. For instance, duck breast muscles must support very long duration flights, and like turkey legs, are dark in color and loaded with fat.

In case you’re wondering, people’s muscles are a bit more complicated than just light or dark. Most human muscles are what physiologists consider mixed, with a variety of oxidative and slow muscle fibers. People with proportionally more of one than another might excel at different activities – think sprinters versus marathon runners.

Next time you sit down to enjoy your holiday meal, have confidence that you know why your meat choice tastes delicious. Now, can you believe what those D.C. politicians are up to?