Arrests in a $1.5 million scheme to sell stem cell treatments to terminal patients marks a step in the emergence of the controversial stem cell therapies market.

An FBI/FDA sting operation, targeting unscrupulous business practices in the emerging stem cell therapy market, resulted in the arrest of three U.S. citizens in the last days of 2011 and early 2012. Francisco Morales, 52, of Brownsville, TX., Alberto Ramon, 48, of Del Rio, TX., and Vincent Dammai, of Florence, S.C., have been arrested and are charged with ‘participating in a scheme to manufacture, distribute, and sell to the public stem cells and stem cell procedures that were not approved by the FDA.’ An outstanding warrant still remains for Lawrence Stowe, 58, of Dallas. The arrests – in what investigators said was a $1.5 million illegal scheme to market and sell stem cell treatments to patients with terminal diseases – marks another step in the emergence of the controversial stem cell therapies market. 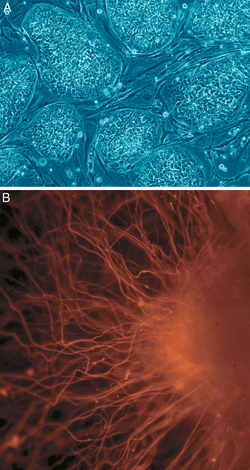 The evolution of stem cell treatments has been spurred on by predictions of its usefulness, yet slowed not only by the initial controversy surrounding stem cells, but also by legal ambiguity. A breakthrough came in 1998, when researchers at the University of Wisconsin-Madison, lead by James Thomson, were able to cultivate stem cells for the first time from human embryos grown in the laboratory. These cells have the capability to grow into any cell found in the human body, and their utility is wide. Possible treatments include cancer, spinal injuries, brain damage, heart disease, among others. Stem cells grown into bone marrow are already being used as a treatment of leukemia.

Stem cell research is permitted in the United States, but its funding is restricted at the federal level. These restrictions, which arose over concerns that stem cells were being grown in discarded human embryos, are slowly being eased. Alternative methods are being developed for growing stem cells, most notably extraction from adults by some means.

Despite this gain in recognition and research, stem cell treatment itself remains in an obscure legal position. Treatment is currently practiced on a large and growing number of people in the United States and abroad for a variety of ailments. Treatments stateside are generally offered for arthritis and different types of bone degeneration. Abroad, treatments are widely varied. Testimonies from patients found on treatment centers’ websites herald recoveries from conditions such as paralysis, brain injury, and blindness. The typical treatment consists of stem cells harvested from the adult’s own body being re-injected into the affected part of the body. Rick Perry, recent presidential candidate and governor of Texas, recently had some stem cell work done in Houston during a back operation.

Stem cell treatments have, to date, evaded FDA regulation. Because they are gleaned from the patients’ bodies, they do not constitute a drug, or a certified medical treatment. A common practice among stem cell therapists is to hold offices in the United States, while arranging for the patient to be transported abroad to undergo the treatment. The lack of oversight, as well as very expensive operations being performed, with little scientific investigation done into the effectiveness and possible side effects of these treatments, has naturally lead many to question this burgeoning market.

Those arrested in the FBI/FDA sting, recently arraigned, represent the first criminal action by the offices of the FBI and FDA to reel in the stem cell treatment market.

Their indictment accuses Morales of obtaining placental material through his mid-wife/stem cell treatment clinic in Del Rio, and then later selling it to a company in Arizona, called Global Laboratories. Global Laboratories then allegedly sent the materials to one of those arrested, Vincent Dammai, who is a professor in South Carolina, where, presumably, the stem cells would be cultivated and returned. According to the indictment, Morales and Global Laboratories, in conjunction, would arrange for Morales to perform stem cell treatments to patients in Mexico. This action can be interpreted as criminal, but many companies proudly operate under similar conditions.

It will prove interesting to see whether this action taken by the FBI/FDA will prove to be a first step in further regulation or if companies are able to fight this injunction in court.

Bottom line: An FBI/FDA sting operation, targeting unscrupulous business practices in the emerging stem cell therapy market, resulted in the arrest of three U.S. citizens in the last days of 2011 and early 2012. The arrests – in what investigators said was a $1.5 million illegal scheme to market and sell stem cell treatments to patients with terminal diseases – marks another step in the emergence of the controversial stem cell therapies market.