Congratulations to Japan’s astronaut Soichi Noguchi, who this month was awarded the Guinness World Record for the longest time between spacewalks: 15 years and 214 days.

Guinness World Records said this month that astronaut Soichi Noguchi of the Japan Aerospace Exploration Agency (JAXA) – who is serving aboard the International Space Station now (ISS expedition 64) – holds a new world record for longest gap between two consecutive spacewalks by the same person. The interval falls between Noguchi’s August 3, 2005, spacewalk and his March 5, 2021, spacewalk: a record of 15 years and 214 days.

Noguchi is an aeronautical engineer and astronaut, whose fascination with space began when he saw the first flight of the space shuttle in 1981. A post at Guinness World Records explained:

And when he read nonfiction about 12 astronauts sharing their outer space experience at his final year in high school, his heart was set.

He participated in three spacewalks in 2005 during the STS-114 mission, the first Return to Flight mission of the Space Shuttle following the 2003 Space Shuttle Columbia disaster.

In November 2020, Noguchi rode into space on the SpaceX Dragon 2 to the ISS for a six-month mission. That mission – expedition 64 – is expected to end this month. Noguchi’s recent spacewalk on March 5, 2021, was alongside NASA astronaut Kate Rubins. The two astronauts spent nearly seven hours outside the ISS during Expedition 64, where they successfully completed the installation of modification kits required for upcoming solar array upgrades. 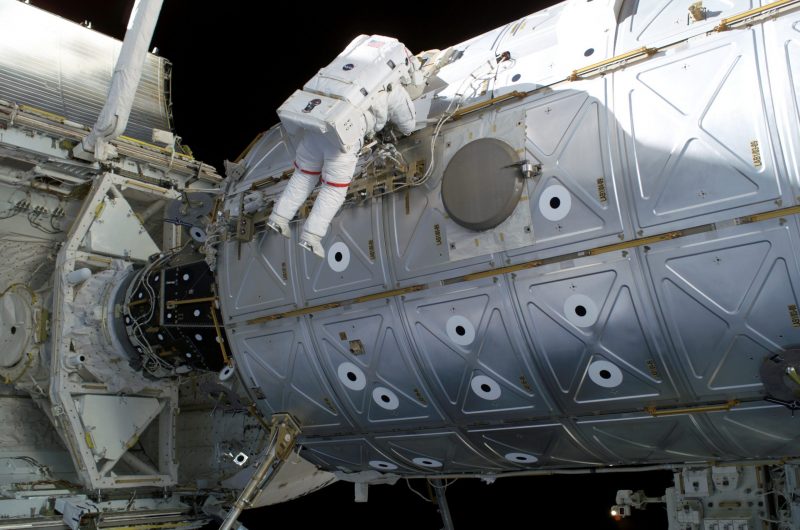 Astronaut Soichi Noguchi traverses along the Destiny laboratory of the International Space Station between tasks of his spacewalk on August 3, 2005. Image via NASA. 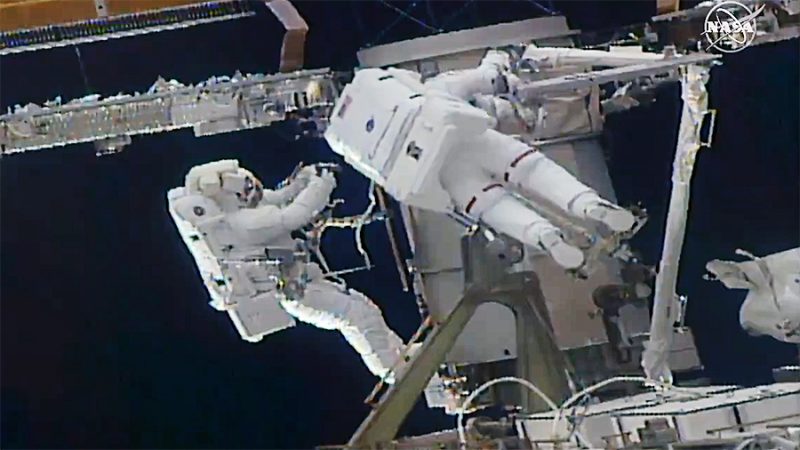 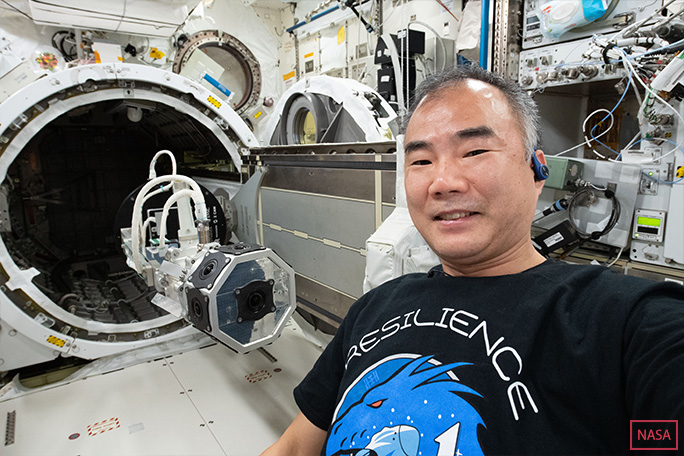 Astronaut Soichi Noguchi achieved a new world record in 2021, of the longest time between spacewalks: 15 years and 214 days. Image via Soichi Noguchi and Guinness World Records.

Besides flying on Space Shuttle Discovery and Crew Dragon, Noguchi also flew into space on Soyuz TMA-17 in 2010. The 2010 mission only included one spacewalk, which Noguchi was not a part of, thus the big gap between his spacewalks. He is one of only three astronauts to fly on three different launch systems (the Space Shuttle, Soyuz and Crew Dragon).

Noguchi has been regularly sharing amazing photos from his view 254 miles above Earth. Follow his Twitter feed:

Bottom line: Japan’s astronaut Soichi Noguchi was recently awarded the Guinness World Record for the longest gap any astronaut has gone between spacewalks: 15 years and 214 days.