How many genes does it take to make a human? Fewer than we thought. A new estimate of 19,000 is far below initial estimates of 100,000 genes.

No one could have imagined a few years ago that such a small number of genes could make something so complex. 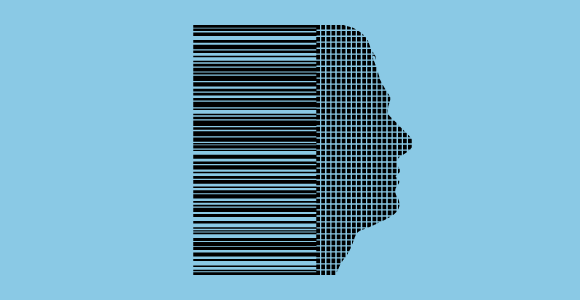 A study updates the number of human genes – those that can generate proteins – to 19,000. That’s 1,700 fewer than the genes estimated in the most recent annotation, and well below the initial estimations of 100,000 genes. The work, published in the journal Human Molecular Genetics, concludes that almost all of these genes have ancestors prior to the appearance of primates 50 million years ago.

The shrinking human genome is how researchers describe the continuous corrections to the numbers of the protein-coding genes in the human genome over the years that has culminated in the approximately 19,000 human genes described in the present work. Alfonso Valencia, Vice-Director of Basic Research at the Spanish National Cancer Research Centre (CNIO) led the study. He said:

The coding part of the genome [which produces proteins] is constantly moving. No one could have imagined a few years ago that such a small number of genes could make something so complex.”

One hypothesis derived from the study is that more than 90% of human genes produce proteins that originated in metazoans or multicellular organisms of the animal kingdom hundreds of millions of years ago; the figure is over 99% for those genes whose origin predates the emergence of primates 50 million years ago.

The figures indicate that the differences between humans and primates at the level of genes and proteins are very small, say the researchers.

David Juan, author and researcher in the Valencia lab, said:

The number of new genes that separate humans from mice [those genes that have evolved since the split from primates] may even be fewer than ten.

This contrasts with the more than 500 human genes with origins since primates that can be found in the current annotation. The work brings the number of human genes closer to other species such as the nematode worms Caenorhabditis elegans, worms that are just 1mm long, but apparently less complex than humans.

The sources of human complexity, say the researchers, lie more in how genes are used rather than on the number of genes, in the thousands of chemical changes that occur in proteins or in the control of the production of these proteins by non-coding regions of the genome, which comprise 90% of the entire genome.