These scientists found that one quarter of our global supply of plant-based foods (in terms of calories) gets wasted along the food supply chain.

Scientists have calculated that halving food waste could improve global food security by providing enough extra food to feed a billion people. It could also conserve valuable natural resources including freshwater and cropland. Their study was published in the November 1, 2012 issue of the journal Science of the Total Environment.

Food security refers not only to the availability of food and but also to a person or family’s access to food. One of society’s greatest challenges is to find a sustainable way to feed people. This challenge will only become more pronounced in the future as our human population – now just over 7 billion globally – is expected to swell to 9 billion people by 2050.

Reducing food waste is one important way to ensure people have enough food.

To estimate how much food gets wasted and quantify the benefits of reducing food waste, a team of scientists from Europe investigated food waste around the world. Their research focused only on plant-based food products such as cereals, fruits and vegetables. They did not examine food that is grown and used to feed livestock or meat and dairy products.

Overall, the scientists found that one quarter of our global supply of plant-based foods (in terms of calories) gets wasted along the food supply chain. These losses can occur in agriculture fields, during the harvesting, processing and distribution of food, and in the places where food is ultimately consumed, including our homes and restaurants.

The scientists used data provided by the FAO (Food and Agricultural Organization) (pdf) in their analyses.

The study also found that most food waste occurs in North America and Oceania. The least amount of food waste was observed in South and Southeast Asia.

Interestingly, the study found that the majority of food waste in mid to high income countries occurs during the distribution and consumption phases of the food supply chain. In lower income countries, food waste was highest during agricultural production and post-harvesting.

To reduce food waste, the authors suggest that developing countries may benefit the most from actions such as agricultural technology transfers and improvements to transportation and storage infrastructure. For developed countries, targeting solutions towards reducing the food waste that occurs during the late phases of the food supply chain may be the most beneficial, the scientists say. This could include activities such as public awareness campaigns, better planning in restaurants and households and developing markets for sub-standard food products.

The scientists calculated that halving the amount of food that is currently wasted could provide enough extra food to feed a billion people and conserve valuable natural resources such as freshwater and cropland.

Matti Kummu, lead author of the study and post-doctoral researcher at Aalto University, commented on the findings in a press release. He said:

More efficient food production and the reduction of food losses are very important matters for the environment as well as future food security.

You can read more articles about Feeding the Future on EarthSky here. 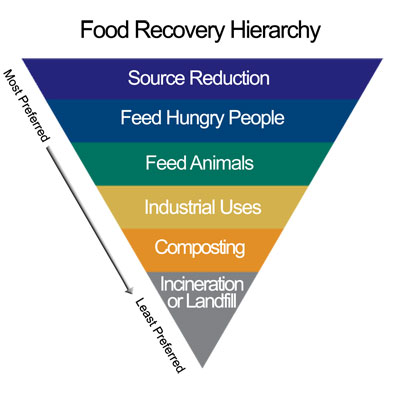 If you have any good tips on how to reduce food waste at home, please leave them for me in the comment section!

Bottom line: A new scientific study published in the November 1, 2012 issue of the journal Science of the Total Environment estimates that halving food waste could improve food security by providing enough extra food to feed a billion people and conserve valuable natural resources including freshwater and cropland.

Claire Kremen: Wild bees and the future of food