Sappho, a renowned poet of ancient Greece, wrote of the Pleiades star cluster setting at midnight. Scientists have wondered, what time of year did she see it? 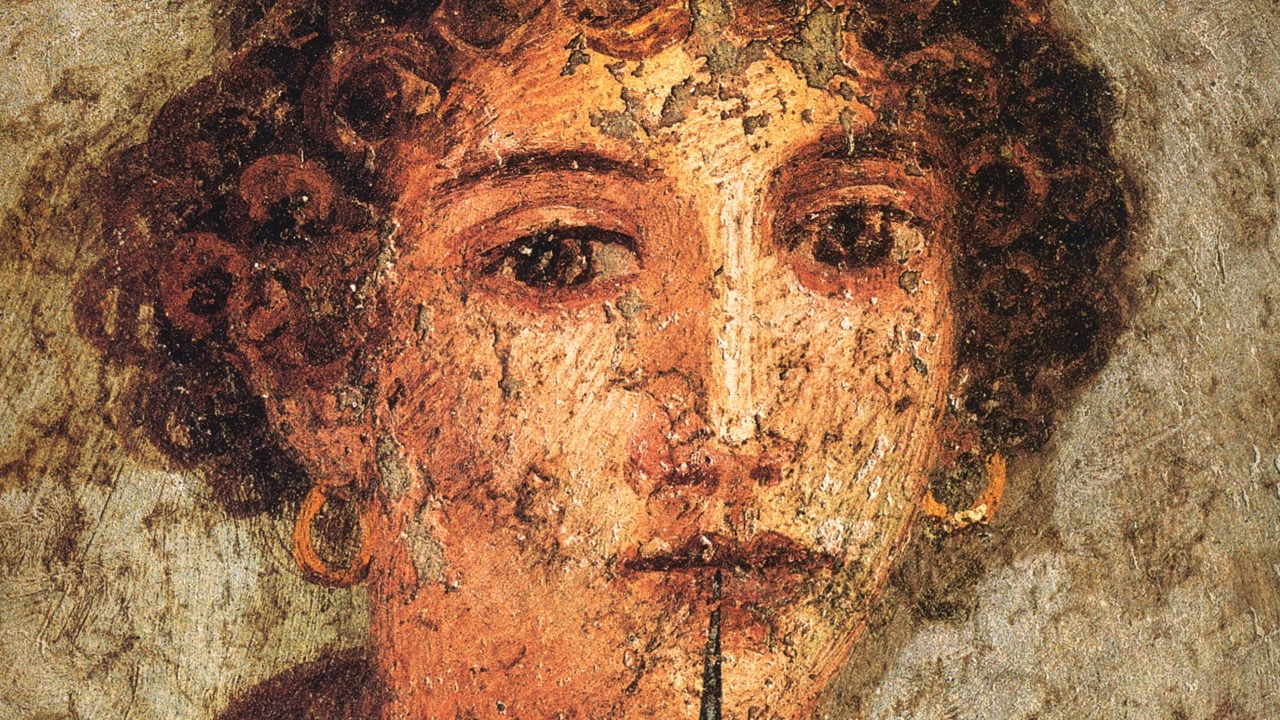 Detail from a portrait of a young woman – from a fresco from Pompeii – thought to be Sappho. Via Museo Archeologico Nazionale (Naples) via Wikimedia Commons.

Sappho, a reknowned poet from the Greek isle of Lesbos, wrote a poem over 2,500 years ago describing the Pleiades star cluster, also known as the Seven Sisters. Scientists have now use astronomical software to determine the time of year of her viewing that cluster, which is a popular object for viewing even today. They know that – sometime between mid-winter and early spring – Sappho watched the Pleiades disappear below the horizon and later used that wistful imagery in her Midnight Poem:

The moon has set,
and the Pleiades;
it is midnight,
the time is going by,
and I sleep alone.
– translated by H.T Wharton

These scientists published their findings in the Journal of Astronomical History and Heritage.

They narrowed the seasonal visibility period of the setting Pleiades, as depicted in Sappho’s Midnight Poem, using leading-edge astronomical software that calculates positions of celestial objects over time from any location on Earth. The paper’s lead author, Manfred Cuntz, a physics professor at the The University of Texas at Arlington, commented in a statement:

This is an example of where the scientific community can make a contribution to knowledge described in important ancient texts. Estimations had been made for the timing of this poem in the past, but we were able to scientifically confirm the season that corresponds to her specific descriptions of the night sky in the year 570 B.C.

For their analysis, Cuntz and his collaborators worked with a popular software package called Starry Night. It’s available in several tiers of features, targeted for professional and amateur astronomers, as well as K-12 and planetarium educators. The team also used planetarium software, called Digistar 5, to project what the sky would have looked like through Sappho’s eyes.

One of Starry Night’s features is to simulate the appearance of constellations as seen from any location over time.

In 570 B.C., a point in time during Sappho’s life, Starry Night showed that the Pleiades, when viewed from Lesbos, Greece, set around midnight on January 25. As days went by, it would have set progressively earlier. 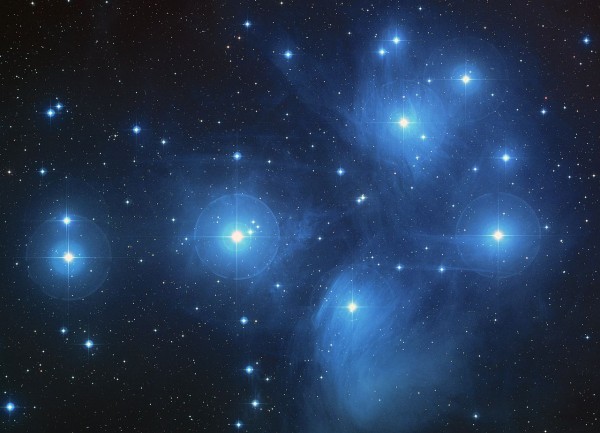 A color-composite image of the Pleiades from the Digitized Sky Survey. Image via NASA/ESA/AURA/Caltech.

The timing question is complex as at that time they did not have accurate mechanical clocks as we do, only perhaps water clocks. For that reason, we also identified the latest date on which the Pleiades would have been visible to Sappho from that location on different dates sometime during the evening.

The researchers determined a range of dates during which Pleiades set when the evening sky was dark. The earliest date would have been when Pleiades set at astronomical twilight, when the sun was 18 degrees below the horizon and no more of its crimson light was visible. That date was March 31.

Sappho knew the night sky well, and often used it in her writings. Cuntz remarked:

Sappho should be considered an informal contributor to early Greek astronomy as well as to Greek society at large. Not many ancient poets comment on astronomical observations as clearly as she does.

In other works, Sappho wrote about the moon and stars.

The stars about the fair moon in their turn hide their bright face when she at about her full lights up all earth with silver.
– translation by H.T. Wharton

Sappho also wrote about Hesperus, the ancient Greek name for Venus when it is visible as an evening “star:”

Evening, thou that bringest all that bright morning scattered; thou bringest the sheep, the goat, the child back to her mother.
– translation by H.T. Wharton 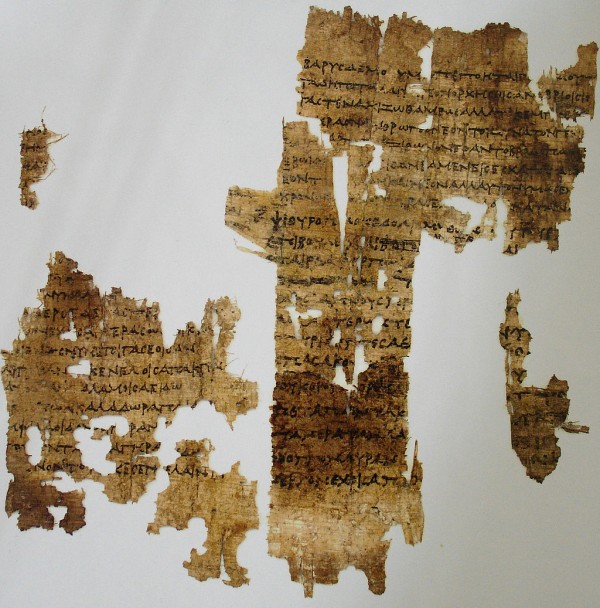 Sappho’s poems have been pieced together from ancient fragments. This piece holds a poem about old age, copied to papyrus from 3 centuries B.C. Image via Masur via Wikimedia Commons.

Bottom line: In the Midnight Poem, Sappho, a famed poet of ancient Greece, wrote about the Pleiades star cluster setting over the horizon, over 2,500 years ago at the Greek island of Lesbos. Scientists have long wondered about the time of year she made that observation. New analysis using the astronomical software Starry Night, published in the Journal of Astronomical History and Heritage, indicates that it happened sometime between mid-winter and early spring.

Via University of Texas at Arlington