ISS astronaut’s photo of the City of Light. 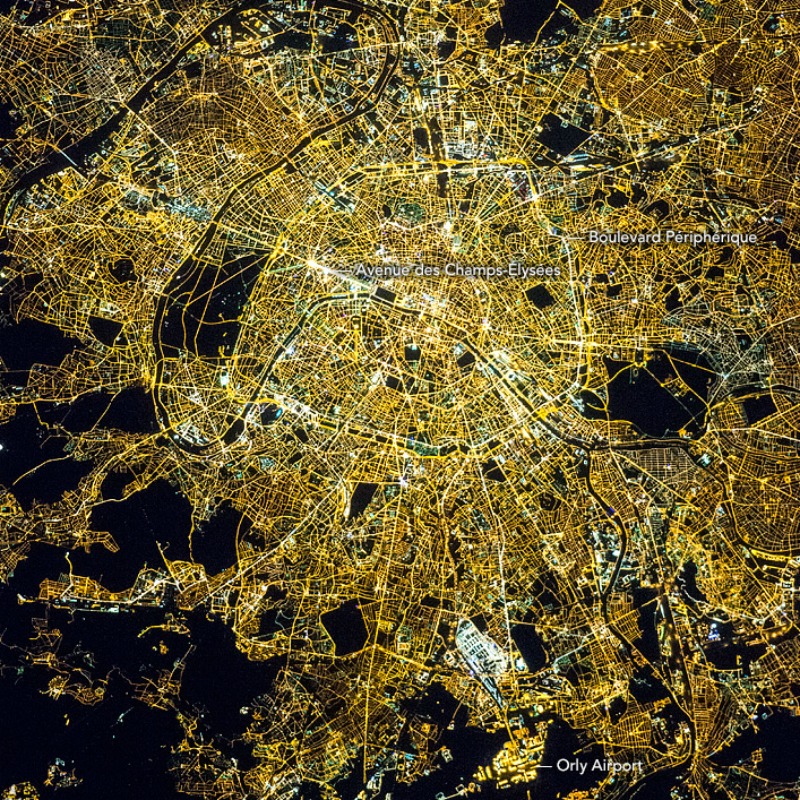 At around midnight Paris time, an astronaut aboard the International Space Station (ISS) took this photo of Paris, the “City of Light.” (Although Paris was originally nicknamed the “City of Light” not for its sparking lights but because it was a center of education and ideas during the Age of Enlightenment, “La Ville-Lumière”.)

The image below is a close-up drawn from the same photo. 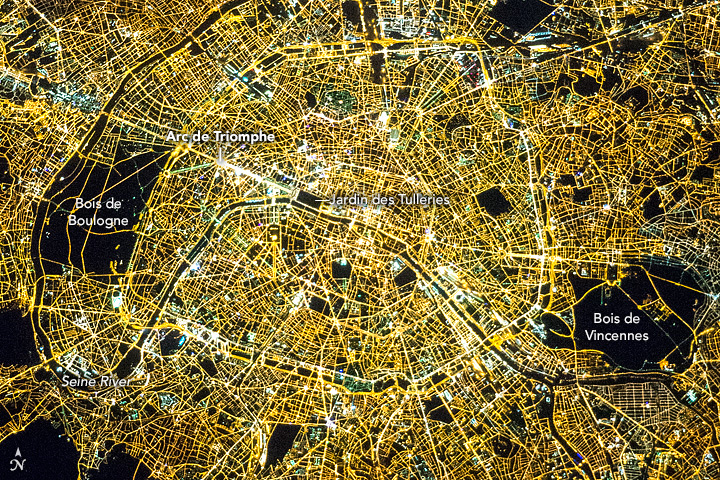 The Seine River is the dark line that snakes through the images. The brightest boulevard in the dense tangle of streets is the Avenue des Champs-Élysées, which connects the Palace of the Tuileries — whose gardens are a dark rectangle on the river — to the Arc de Triomphe. The Boulevard Périphérique is the big road that rings around the city center. The black polygons in the images are parks.

The photograph was taken on April 8, 2015, with a Nikon D4 digital camera using a 400 millimeter lens, by a member of the ISS Expedition 43 crew.

Bottom line: Image of Paris at night, seen from space.