The real story behind that melted camera 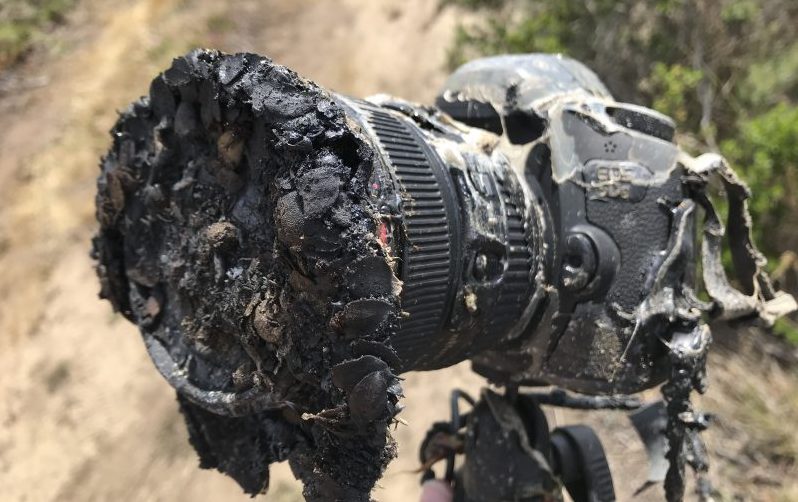 NASA photographer Bill Ingalls’s camera after it was caught in brushfire caused by the launch of the NASA/German GRACE-FO from Vandenberg Air Force Base on May 22, 2018. Image via NASA/Bill Ingalls.

On May 22, 2018, NASA photographer Bill Ingalls, who has has been shooting for the agency for 30 years, set up cameras near the SpaceX rocket launchpad at Vandenberg Air Force Base in California. The remote cameras are designed to automatically snap images when they detect the thunderous roar of the rocket blasting off. Ingalls said:

I had six remotes, two outside the launch pad safety perimeter and four inside. Unfortunately, the launch started a grass fire that toasted one of the cameras outside the perimeter. 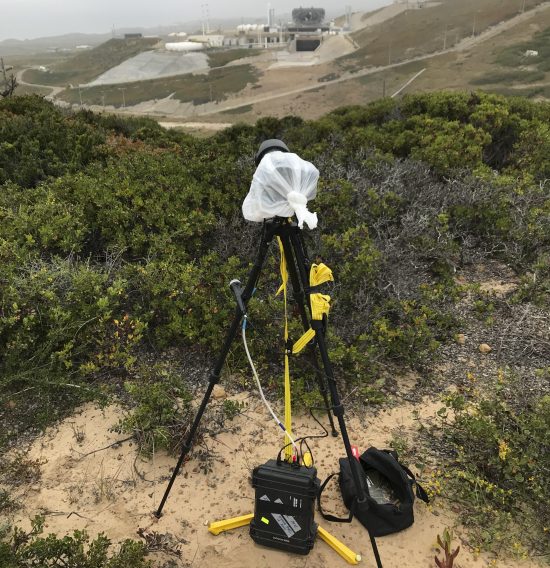 NASA photographer Bill Ingalls’s remote camera setup before the NASA/German GRACE-FO launch from Vandenberg Air Force Base on May 22, 2018. Image via NASA/Bill Ingalls.

Once the fire reached the camera, the body started to melt. When Ingalls returned to the site, firefighters were waiting to greet him. Even though the camera was destroyed, Ingalls forced it open to see if its memory card could be salvaged. It could, and here’s what it showed:

Images of a brushfire approaching, then destroying, a remote camera set up to photograph the NASA/German GRACE-FO launch on May 22, 2018. Image via NASA/Bill Ingalls.

Ironically, the four cameras set up inside the perimeter were undamaged, as was the other remote. The damaged camera was one of the farthest from the pad, a quarter of a mile (.4 km) away.

The “toasty” camera, as Ingalls calls it, is probably headed for display somewhere at NASA Headquarters in Washington, DC.

This NASA Camera Melted During a SpaceX Rocket Launch, But the Photos Survived! https://t.co/EJZIrez6TX pic.twitter.com/bHg1umqwC3