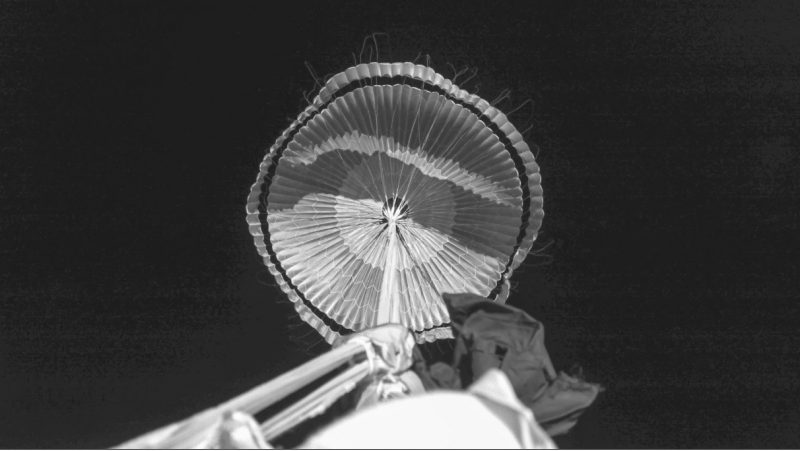 The 1st test of the ASPIRE program provided – for the 1st time – dramatic video of a parachute opening at supersonic speed. Image via NASA.

NASA says it will test a parachute for possible future missions to Mars from NASA’s Wallops Flight Facility in Virginia on Tuesday, March 27. Live coverage of the test is scheduled to begin at 10:15 UTC (6:15 a.m. EDT; translate UTC to your time) on the Wallops Ustream site.

This will be the second test of the Advanced Supersonic Parachute Inflation Research Experiment (ASPIRE), which is part of NASA’s Mars 2020 mission. NASA said about the program:

Landing on Mars is difficult and not always successful. Well-designed advance testing helps. An ambitious NASA Mars rover mission set to launch in 2020 will rely on a special parachute to slow the spacecraft down as it enters the Martian atmosphere at over 12,000 mph (5.4 km per second).

The payload carrying the test parachute is expected to reach an altitude of 32 miles (51 km) approximately two minutes into the flight. The payload will splash-down in the Atlantic Ocean 40 miles (64 km) from Wallops Island and will be recovered and returned to Wallops for data retrieval and inspection. 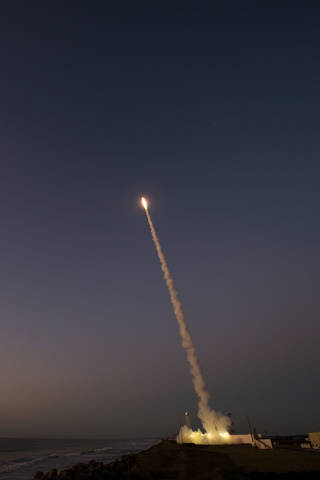 Launch updates will be available via Wallops Facebook and via @NASA_Wallops on Twitter. NASA said there’s also a What’s Up at Wallops app available for smartphones, which contains information on the launch, as well as a compass showing the precise direction for launch viewing.

Read more about the March 27 test via NASA 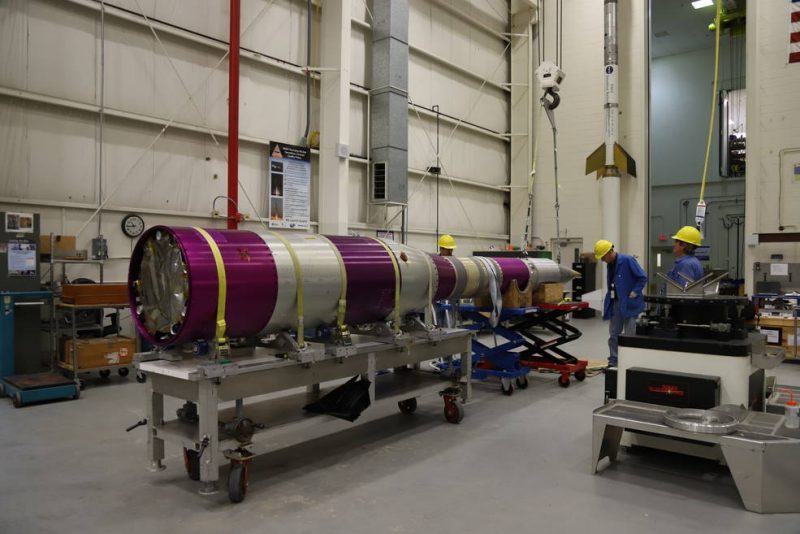 Here is the ASPIRE 2 payload, undergoing testing in the sounding rocket payload facility at NASA’s Wallops Flight Facility in Virginia, before transport to the launch pad. At the moment of full inflation, the parachute inside the payload will be going 1.8 times the speed of sound (nearly 1,300 miles or over 2,000 km per hour). Image via NASA/ Berit Bland.

Bottom line: NASA will provide live coverage of the ASPIRE 2 launch on Tuesday, March 27, 2018. Live coverage is scheduled to begin at 10:15 UTC (6:15 a.m. EDT; translate UTC to your time) on the Wallops Ustream site.