The circadian rhythm of our microbes

Like most life on Earth, our gut microbes have their own circadian rhythm. Disrupting that daily routine can be bad – and keeping it in balance can be good – for whole body. 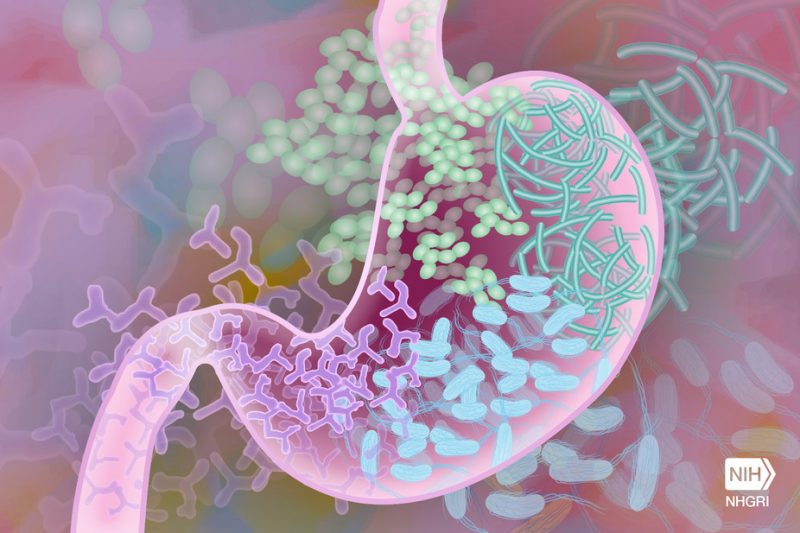 We’ve known that bacteria live in our intestines as far back as the 1680s, when Leeuwenhoek first looked through his microscope. Yogurt companies use that information in the sales pitch for their product, claiming it can help keep your gut bacteria happy. The bacteria growing on our skin have also been effectively exploited to sell the underarm deodorants without which we can become, ahem, malodorous. Until fairly recently our various microbes were thought of as freeloaders without any meaningful benefit to our functioning as healthy human beings.

However, that view has changed in a big way over the last couple of decades. We now know, for example, that microbes in our bodies have a daily, or circadian, rhythmicity, just as we do ourselves. The circadian rhythm of our microbes is now being explored, as it relates to human health. 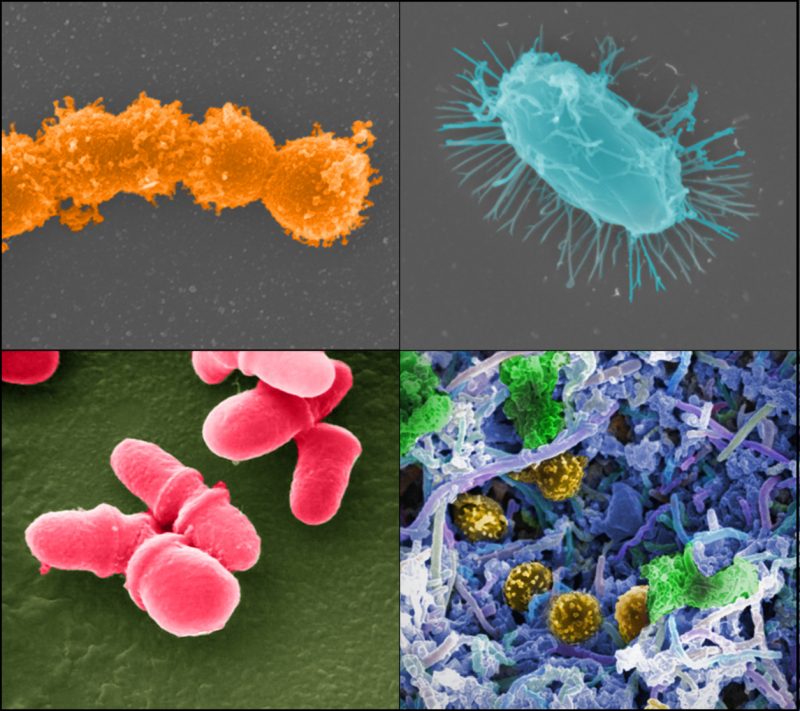 Interest in, and knowledge about, the microbiota has recently exploded. These highly diverse communities of microbes live in and on us in staggering numbers; researchers now estimate that a typical human body is made up of about 30 trillion human cells and 39 trillion bacteria.

We now recognize they’re essential to our health, participating in many important physiological functions such as digestion and metabolism of foods, and immune responses and inflammation; disruption of the gut microbiota might then contribute to a variety of conditions including childhood asthma, obesity, colitis and colon cancer.

And that’s why the new research showing that the composition and activity of the microbiota exhibits a daily, or circadian, rhythmicity is of high interest to researchers. It offers one pathway to explain a Pandora’s box of possible adverse health effects from aspects of modern life, such as eating late at night or too much electric light after sunset.

In this field’s early days, researchers took fecal samples from people to investigate the composition of the gut microbiome. Later they noticed that defining the microbiome from a sample taken in the morning was quite different from one taken in the evening: The gut microbiota was not static over the span of the day.

Perhaps this was to be expected. Almost all life on Earth has an endogenous circadian rhythmicity that is genetically determined, but that also responds to changes in light and dark. For human beings, reliable changes occur between day and night in hunger, body temperature, sleep propensity, hormone production, activity level, metabolic rate and more.

These findings on daily rhythmicity in microbiota have really piqued my interest because disruption of our circadian rhythmicity by electric light at night has been my research passion for several decades. As scientists investigate the links between our internal daily patterns, electric light and health, new information about the rhythmicity of our microbiome might hold clues about how this all works together.

The crucial question is whether the microbes simply respond to their host human’s circadian rhythm or whether they can actually alter our rhythm somehow. And does this really matter anyway?

A group of researchers from the Weizmann Institute in Israel have now used an array of remarkable DNA technologies to show that the gut microbiota changes location within the gut, and changes its metabolic outputs over the span of the 24-hour day, at least in mice. Amino acids, lipids and vitamins that the microbes release circulate in the host mouse’s blood. As the levels of these molecules in the blood changed throughout the day, they altered the expression of genes in the mouse’s liver that code for many metabolic enzymes.

This is the first clear demonstration of the gut microbiota changing the circadian activity of an essential organ – in this case, the liver, which is the engine of our physiology and crucial to our health. 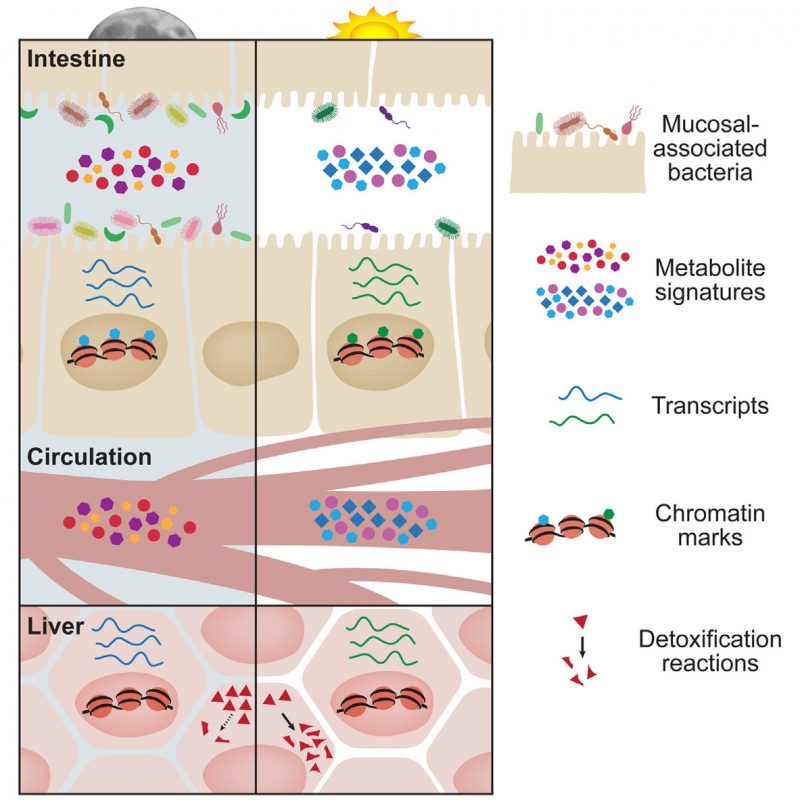 Changes in microbial movements and metabolite production over the course of the day influence host tissues. Image via Thaiss et al/Cell 2016

The authors showed this link by administering an antibiotic to mice that kills much of the gut microbiota. Afterward they found significant changes in liver physiology. They could produce the same effect just by changing the feeding times of the mice; mice forced to eat only during the day showed different patterns of microbiota metabolites circulating in the blood than those allowed to eat at night, their natural active period.

In addition, the authors showed the liver changes how it responds to an overdose of acetaminophen over the span of the day in response to signals from the microbiota in the gut. They used acetaminophen as an example of a drug that could damage the liver depending on how it’s broken down. Interestingly, an overdose was less toxic at the beginning of the day, dawn, and most toxic at the end of the day, dusk.

They concluded that the microbiota regulates how effectively the liver can detoxify over the course of the day. The authors argue that this finding can be extrapolated to apply to metabolism of drugs in general, including chemotherapeutic agents we use to treat disease. If so, then the time of day that a medication is administered could have a big impact on its effectiveness, and on the severity of its adverse side effects.

This work has exciting implications. Understanding how time of day matters might allow for better treatment of disease, and for prevention of maladies like obesity, metabolic syndrome and perhaps other serious conditions.

The findings described by the Weizmann group were made possible by advances in the technology of DNA research. As so often happens, scientific insights follow on technological development.

This is particularly true in the science of DNA. In order to count trillions of microbes as well as distinguish among hundreds of different species, there are four broad requirements: conceptual development, sequencing machines, analytic approaches and supercomputers to conduct the near hopelessly complex statistical analyses. Each of these has advanced to an extent that now studies like the one from the Weizmann Institute are achievable.

The key conceptual breakthrough in analyzing the microbiome came with the recognition that the complex array of so many different organisms living together in a community may not be reducible. In other words, it doesn’t appear possible to separate out only one bacterial species from the group, and understand how it functions in isolation. The community works as a whole. For example, some of its members are bacteria that cannot absorb iron, which is necessary for growth. They require iron-binding molecules made by other members of the community to survive. So you can’t grow this guy in a Petri dish by itself. 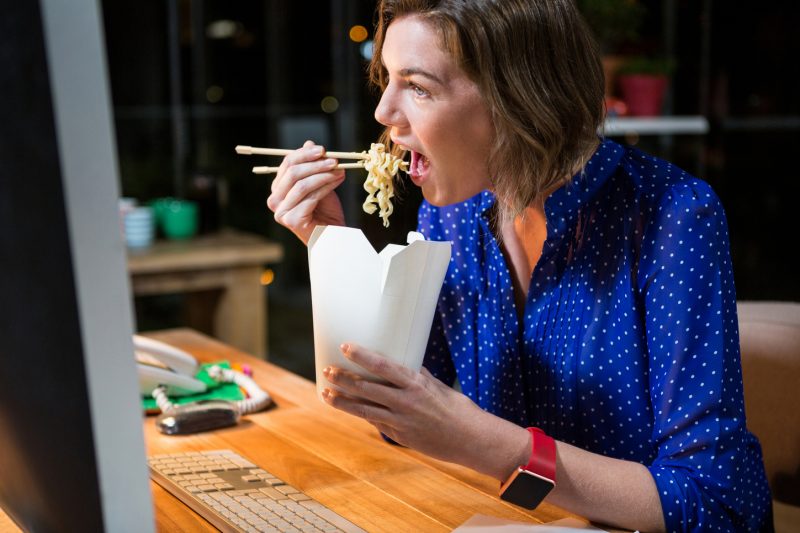 Shift work might have effects on you and your microbiota. Image via shutterstock.

The findings of the new study from Israel, which extends previous exciting work in this area, are relevant to humans for many reasons. For example, people who must take antibiotics for extended periods, or shift workers who eat at the “wrong” time of day, may be at risk via these microbiome pathways. In both instances, there will be changes in their metabolism that could lead, perhaps, to higher risk of obesity and metabolic syndrome, both of which have been shown to be in excess in night workers.

A root cause of these human health issues we see on the macro scale may be our gut microbiota and whether or not it is happy.