Meet Zoe, a virtual talking head that can express emotion

An expressive avatar like this one might someday serve as a digital personal assistant or replace texting with face messaging.

Meet Zoe: a digital talking head that can express realistic human emotions on demand. Its makers at the University of Cambridge in the U.K. say this expressive avatar could herald a new era of human-computer interaction: for example, serve as a digital personal assistant, or replace texting with face messaging. Awesome? Or ew? Watch the video and tell us what you think.

According to a press release from the University of Cambridge:

The lifelike face can display emotions such as happiness, anger, and fear, and changes its voice to suit any feeling the user wants it to simulate. Users can type in any message, specifying the requisite emotion as well, and the face recites the text. According to its designers, it is the most expressive controllable avatar ever created, replicating human emotions with unprecedented realism.

The system, called “Zoe”, is the result of a collaboration between researchers at Toshiba’s Cambridge Research Lab and the University of Cambridge’s Department of Engineering. Students have already spotted a striking resemblance between the disembodied head and Holly, the ship’s computer in the British sci-fi comedy, Red Dwarf.

Appropriately enough, the face is actually that of Zoe Lister, an actress perhaps best-known as Zoe Carpenter in the Channel 4 series, Hollyoaks. To recreate her face and voice, researchers spent several days recording Zoe’s speech and facial expressions. 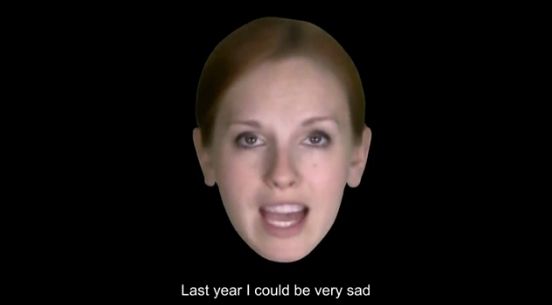 Zoe via University of Cambridge 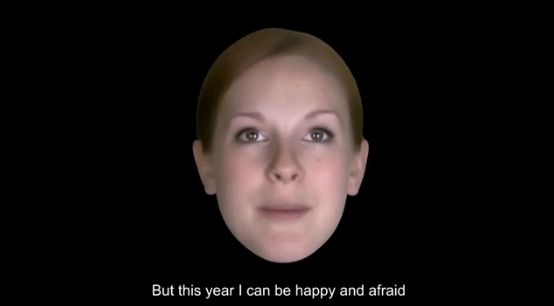 Zoe via University of Cambridge

Bottom line: Researchers at the University of Cambridge in the U.K. have created a virtual talking head that can express a range of emotions: for example, happiness, sadness, anger, and fear. They expect that this type of expressive avatar might someday serve as a digital personal assistant, or replace text messaging with face messaging.

Via GizMag via University of Cambridge