Major smog has closed major highways, schools, and businesses across parts of northeast China this week.

Smog and pollution have always been a major issue for China, but several cities in northeast China have been severely disrupted by smog this week. The Chinese city of Harbin was forced to close schools, roads, and businesses on Monday and Tuesday (October 21-22) as smog levels soared. In Harbin and elsewhere in northeast China, the smog level hovered at such an extraordinary high level that it disrupted travel and the daily way of life. Smog levels remained high on Wednesday. 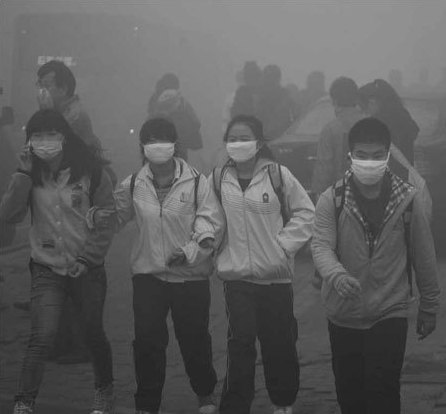 Students in Harbin, China were forced to wear masks on Tuesday, October 22, 2013 because smog levels were so high. Photo via China Daily. 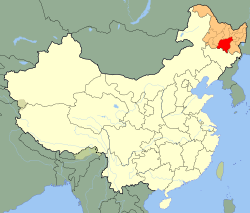 City of Harbin (red) is the capital and largest city of Heilongjiang province in China’s northeast region, as well as the 10th most populous city nationally. Image via Wikipedia.

Harbin, China is a home for nearly 10 million people. With a large demand for growth and expansion, pollution levels have soared over the past decades. On October 21-22, 2013, smog levels were so high that cars were stuck on the roads because a thick “fog” was preventing them from driving, even with headlights. Hospitals in the region saw a 30% increase in hospital admissions with people feeling ill. With high pressure in place and stagnant conditions, the smog was not going anywhere across northeast China. Visibility was less than a quarter of a mile, and in many areas, you could not see your house if you stood 20 meters (yards) away from it.

The measurement of fine particulate matter in the air known as PM2.5 reached 1,000 micrograms per cubic meter in parts of the city, 40 times what the World Health Organization considers safe. 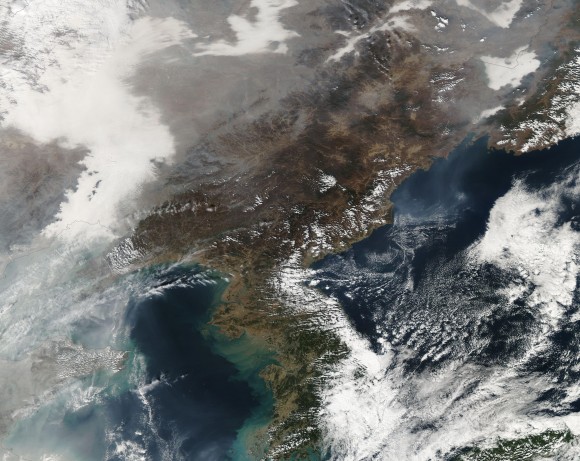 The light, gray colors are showing the smog across parts of Northeast China on Tuesday, October 22, 2013. Image Credit: NASA

In some areas such as Hongqi Street and Heping Street [in Harbin, China], readings even reached 1,000 in the morning.

A level above 300 is considered hazardous, while the World Health Organization recommends a daily level of no more than 20.

According to CNN on Tuesday, Harbin Taiping International Airport was closed with 250 flights canceled on Monday alone. Major highways and interstates were shut down as well. Many of the Chinese in that region had to wear masks to simply breathe and avoid illnesses. 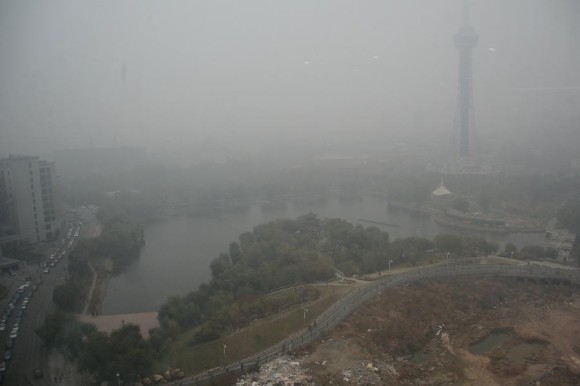 Smog continued across northeast China on Wednesday, October 23. This is the city of Changchun in northeast China. Photo via CNTV via Xinhua News Agency/Lin Hong.

Bottom line: Massive smog settled across northeast China and around the city of Harbin on Monday and Tuesday of this week (October 21-22, 2013). Major highways, businesses, and schools were closed down due to extremely low visibility. The pollution has been so high due coal burning that people are going to the hospital due to respiratory problems. China continues to try their best to reduce pollution levels across the country, but unfortunately, these problems continue to occur every year.