Looking for the moon tonight?

If you’re looking for the moon, you’ll need get up early or stay up late.

If you’re looking for the moon around April 7, 2013, you’ll need get up early. The moon is now in a thin waning crescent phase. Look for it in the east before dawn. When the sun comes up, and the sky grows brighter, the waning crescent moon fades. New moon for April will come on the 10th at 0935 UTC (4:35 a.m. central in the U.S.). That’s when the moon will be most directly between the Earth and sun. When will you last see the moon before dawn? Maybe April 8 and possibly as late as April 9. 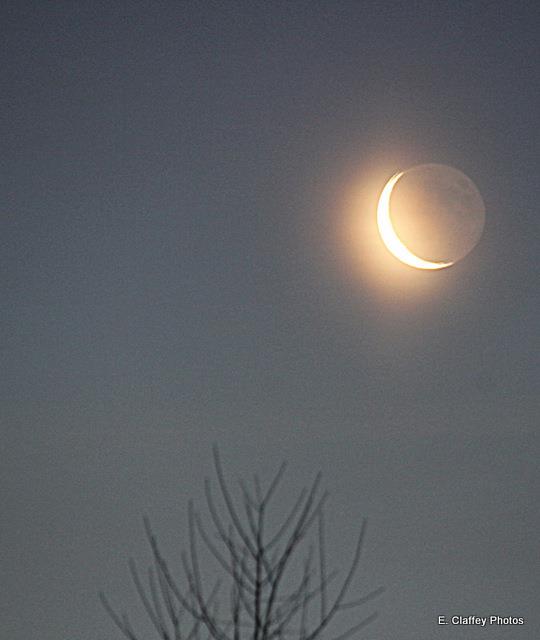 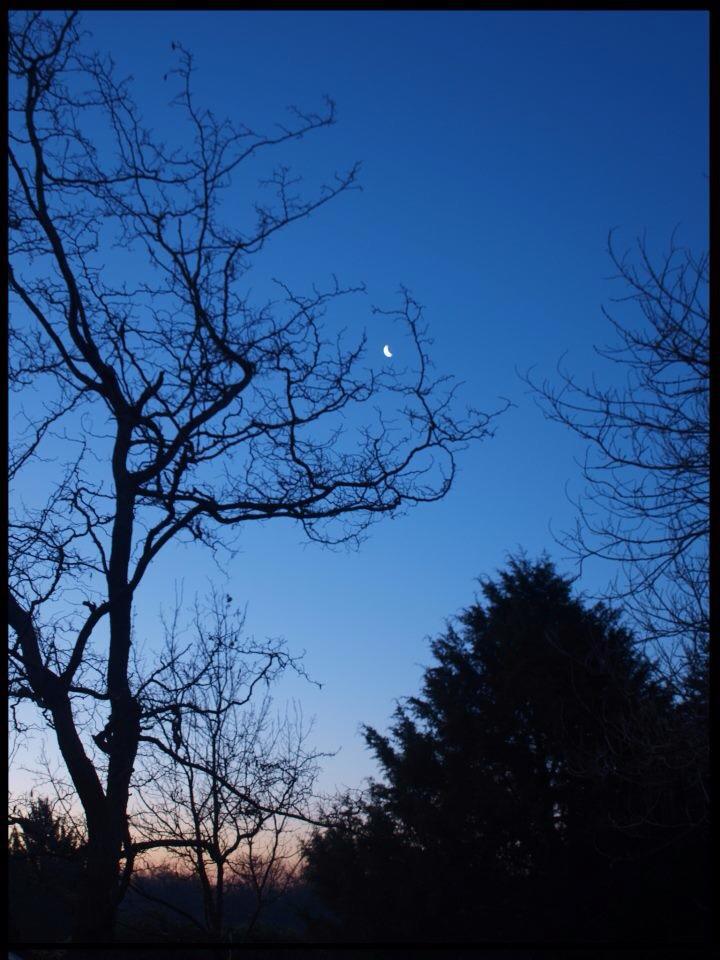 At the waning crescent phase, the moon is up there, nearly all day long, moving ahead of the sun across the sky’s dome. It sets in the west several hours or less before sunset.

The waning crescent is sometimes called an old moon. In this phase, the moon has moved nearly entirely around in its orbit of Earth, as measured from one new moon to the next. Here’s more about the waning crescent. 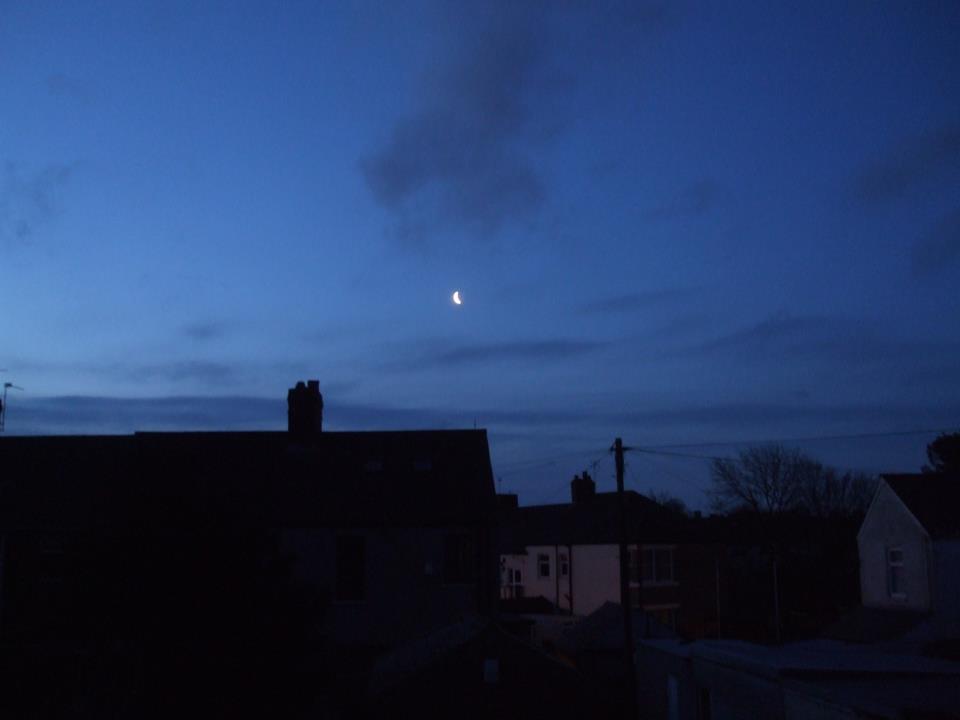 “I had to get up at 5:00 this morning and when I looked out from my window I was greeted with this and thought it deserved a click…” by EarthSky Facebook friend Gabriella Zanon Palmer, April 5, 2013.