A new program helps patients decide whether to accept a kidney from a infectious disease risk donor or keep waiting.

Decisions, decisions. They’re the worst. As if day-to-day dilemmas like, “should I bring an umbrella?” and “what’s for dinner?” weren’t bad enough, we’re periodically confronted with choices of a more consequential variety. Among the most troublesome of the big decisions are those of accepting what is currently offered or waiting to see what’s behind door number two. Do you take the first job offer or hold out for a better one. Should you sign a lease on a decent apartment or keep looking for a one closer to downtown? Anxiety inducing as those may be, they’re trivial compared to the choices facing some patients awaiting organ transplants. Here the stakes aren’t just your income and lodging, but quite possibly your life. For anyone who has ever wished that some omniscient computer algorithm could just decide for you, we may be one step closer to your mathematically modeled utopia. Doctors from Johns Hopkins University have created a web-based program to help patients decide whether or not to accept a kidney from a donor who may be carrying an infectious disease. 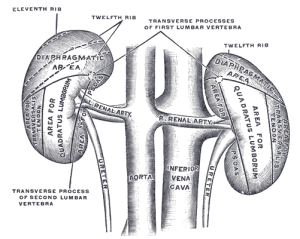 You might think the answer to that question would be an easy “no,” but the demand for transplant organs far outweighs the supply, and thus organs come from wide variety of donors rather than just the youngest and healthiest. As with those giving blood, organ donors are screened for viruses such as HIV and hepatitis C. Unfortunately, there is a window period after infection during which a donor will not yet test positive for these ailments while still being able to transmit them to organ recipients. For this reason, potential donors are also screened for behaviors considered to put them at higher disease risk for contracting these diseases.* Over ten percent of available organs come from  infectious risk donors (IRDs), so for patients on a kidney transplant waitlist, an IRD kidney may well be the first one offered. What to do? Should they take their chances with the kidney, or risk dying on the waitlist? The decision must be made quickly, as kidneys only last about 36 hours outside the body,** and IRD kidneys are more likely to be discarded than their non-IRD counterparts. We may be throwing away perfectly good organs and driving up waitlist times, but how is a person to guess if the benefit of accepting an IRD kidney outweighs the risk?

In an attempt to quantify the pros and cons of what seems like an impossible choice, the John Hopkins researchers used data from scientific literature and an organ transplant registry to create a model that estimates survival outcomes for different kinds of patients after either accepting or declining an IRD kidney. Their results were published last week in the American Journal of Transplantation and the online tool is free and available the public. It’s a pretty intuitive program. Simply input your patient characteristics (age, blood type, estimated remaining time on waitlist etc.) and kidney qualms (i.e., the specific behaviors that earned the organ its IRD status) and you can see the projected five-year survival rate for accepting or declining the IRD kidney. If you play with the input parameters a bit you’ll see that sometime there’s little difference in survival rates between yea and nay options (and thus no clear benefit to accepting the IRD kidney) while in other situations the gap in considerable, and taking the immediately offered IRD kidney provides a sizable improvement in chances of survival.

The factors most heavily influencing the survival outcome projections were patients’ estimated remaining wait time for a non-IRD kidney, age, PRA (a measure of the likelihood of a patient’s body rejecting an organ due to existing antibodies), diabetes, and whether or not they’d had a previous transplant. On the extreme ends of the spectrum, it’s easy to see that a 60-year-old diabetic with an estimated five additional years on a waitlist would do well to accept an IRD kidney, while an otherwise healthy 25-year-old with just six months projected wait time can afford to be choosier. But what about patients falling somewhere in between?

The researchers set out to determine a “tipping point” for when a patient should accept an IRD kidney. They established this as the length of additional time spent on a waiting list that would result in a five percent or greater gain in five-year survival odds for those opting for the immediate transplant. Where this point falls depends on the other patient characteristics. Take the example of a hypothetical 45-year-old patient, without diabetes who has spent less than a year and a half awaiting a kidney. This person would need to have an estimated 35 months or more left on the waitlist before accepting the IRD kidney would become advantageous enough to justify the disease risk. Why a five percent gain as the tipping point, you may ask? Couldn’t we just as easily set it at four percent or ten percent? Quite possibly yes. And while the study is willing to talk in terms of tipping points, the web-based tool itself wisely stops short of offering advice like, “Just take the kidney already.” It won’t even do the five percent calculation for you, as far as I can tell. 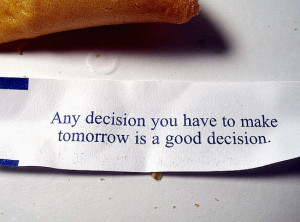 No such luck when it comes to organ transplants. Image: Aqsa Hu.

I kind of wish the model would be more forthcoming in telling us what to do, but I can understand its reticence. As the authors point out, there are aspects of this decision that are very difficult to quantify, particularly the relative suck factor of living with HIV or hepatitis C (both very rare, but still possible consequences of accepting an IRD kidney) vs. additional months or years spent on kidney dialysis (a certain outcome of declining the kidney). Because quality of life is often subjective, difficult decisions are better left to the individuals who will have to live with them. A computer model can’t pick your kidney for you, and that’s a good thing, but it can at least help you make a more informed decision.

And while this effort focused on kidney transplants, it seems possible to forge similar tools for an array of life’s quandaries, medical or otherwise. This kind of thing would have helped me a few years ago when I was deciding whether to have a broken collarbone repaired surgically or just letting it heal on its own. And it would really help next time I’m calling some customer service line on a phone with low battery power and the pre-recorded voice announces, “Estimated wait time remaining…twelve minutes.” What say ye, algorithms? Should I stay on the line or hang up?

* It’s an imperfect system, of course, since people who do not engage in “high risk” behaviors can still harbor these viruses.

** 36 hours is actually high by organ standards. A liver will expire in just 12 hours, hearts and lungs even sooner.