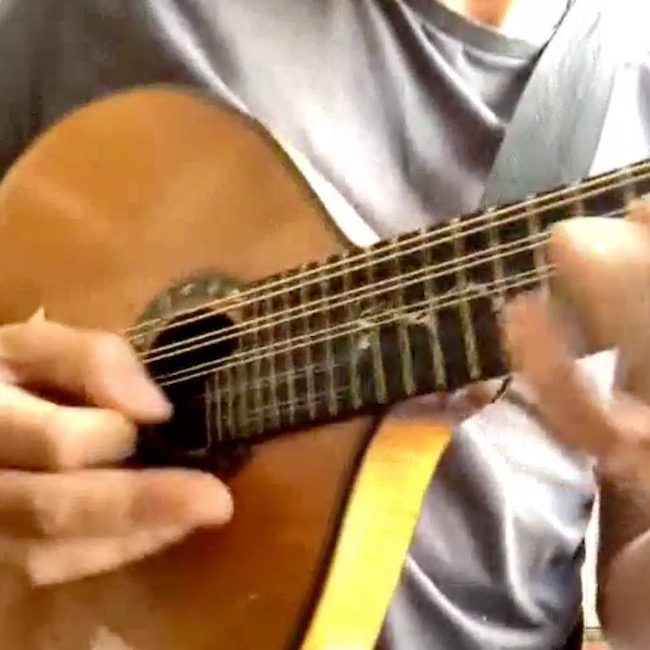 Interested in human sustainability on planet Earth? Longtime environmental journalist and songwriter Andrew Revkin is spearheading a new initiative on communication and sustainability at Columbia University’s Earth Institute. The initiative itself is called Sustain What. On Sunday, April 12, 2020 – and, it appears, for more Sundays to come – Revkin will be hosting a weekly weekend Unbroken Circle song and story swap beginning at 10:30 a.m. EDT (14:30 UTC; translate UTC to your time). There are also interviews with sustainability experts scattered throughout the week; you’ll find a playlist of recent sessions here. Revkin said the easiest ways to find these offerings are to follow him on YouTube at youtube.com/anrevk or Periscope at pscp.tv/revkin. He describes Sustain What as:

For those who don’t know, the word Anthropocene is being used by some scientists to describe our Age of Humans, what we at EarthSky sometimes call the Human World.

You can also find Andrew Revkin’s Unbroken Circle on Facebook.

Revkin describes the Sunday morning Unbroken Circle song and story swaps as a way to:

… boost spirits and build cohesion amid distancing so that the circle of community is unbroken. Guests have included an array of musicians, writers and other creators. And the key guest is always YOU. Send in requests for songs, your own observations of positive steps, and – most important – share word of this gathering or make your own!

I sat in on last Sunday’s Unbroken Circle and found it very interesting as well as lots of fun. You realize we’ve suddenly stepped into the future, right? Our world will never be the same as it was prior to the COVID-19 pandemic. The question is … what kind of new world do we want it to be? I’ll be listening in again this Sunday morning.

And by the way the song and story swap aren’t the only offerings in the Sustain What initiative. Here’s a video-cast from Friday, April 10, also part of the same initiative:

Bottom line: Join host Andrew Revkin for an Unbroken Circle song and story swap – featuring musicians as well as experts on human sustainability on planet Earth – via the Sustain What initiative of Columbia University’s Earth Institute. It starts on Sunday morning, April 12, 2020, at 10:30 a.m. EDT (14:30 UTC; translate UTC to your time).