Links to stories and images of the 7.5-magnitude earthquake and subsequent tsunami in Indonesia on Friday. By Sunday morning, the death toll had gone over 800, with thousands waiting to be rescued. 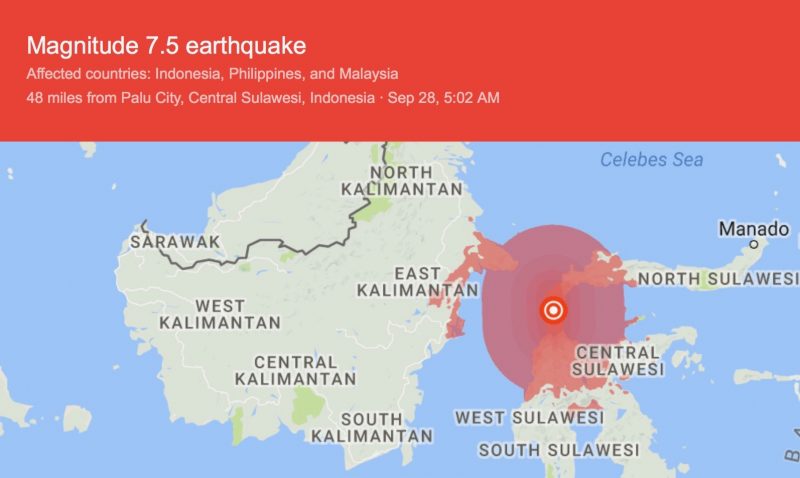 According to the BBC, the Red Cross estimates that more than 1.6 million people have been affected by the earthquake and tsunami, which it described as a tragedy that “could get much worse.” Image via USGS.

The BBC and other media are sharing photos and video this morning following a 7.5-magnitude earthquake in Indonesia Friday evening which triggered a large tsunami. The tsunami struck Palu, Donggala and the surrounding settlements. As of the morning of September 20, 2018, many people are still reported trapped in the rubble of buildings, waiting to be rescued. Jusuf Kalla, vice president of Indonesia since 2014, said the final death toll could be thousands. Officials on Sunday also shared chilling videos and photos on social media of land liquefaction in the wake of the disaster, where the soil turns into something akin to quicksand and drags buildings along with it. Here are some links to stories and images:

Read about the 7.5-magnitude earthquake at USGS

Indonesia earthquake: Huge surge in death toll, from the BBC

Death toll soars past 800 in Indonesia earthquake, tsunami, from the Washington Post

Narrow escape: The Singaporean man who survived the Indonesia quake-tsunami, via AsiaNewsChannel 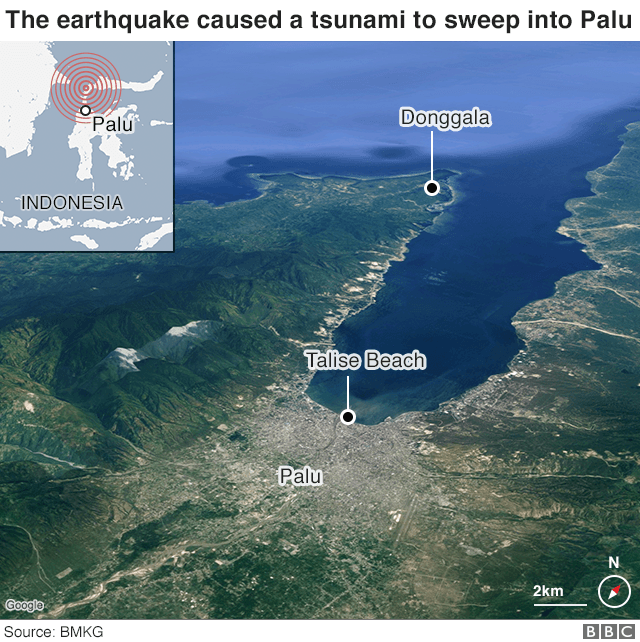 The earthquake caused the tsunami to sweep into Palu, a city of 335,000. Some are still thought to be trapped in the debris of collapsed buildings. 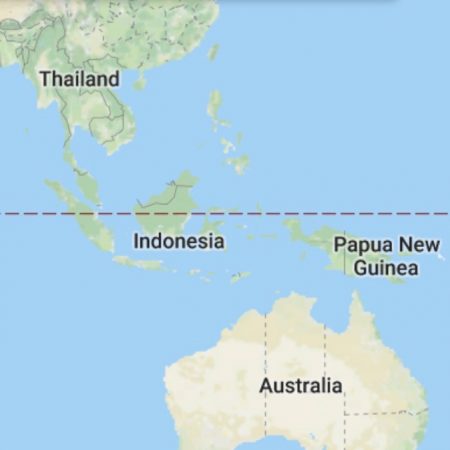 The Republic of Indonesia is a sovereign state in Southeast Asia, between the Indian and Pacific oceans.

Bottom line: Links to stories and images of the 7.5-magnitude earthquake and subsequent tsunami in Indonesia on Friday, September 28, 2018. By Sunday, the death toll had gone over 800.