The town of Badami in India lies at the mouth of a ravine with rocky hills on either side. The cave temples are carved out of the soft sandstone of these hill cliffs. 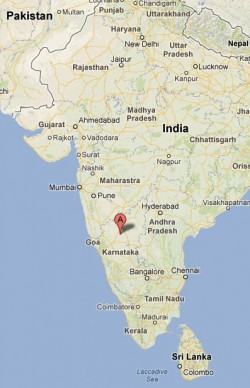 The red A indicates the location of Badami, India, famous for its sandstone cave temples. Map via Google.

Dr. S.N. Prasad of Mysore, India was kind enough to let us post some of his images from a recent trip to the Badami cave temples. Located in Karnataka, India, they’re an example of Indian rock-cut architecture. In other words, they are structures or statues, carved from solid natural rock. When you see the photos below, you’ll be amazed at this practice, especially when you think about how old they are. They date from the late 6th to 7th centuries.

The town of Badami, India lies at the mouth of a ravine with rocky hills on either side. The cave temples are carved out of the soft sandstone of these hill cliffs.

At the cave entrance is a verandah (mukha mandapa) with stone columns. It leads to a columned main hall (maha mandapa) and then to a small square shrine cut deep into the cave.

There are four temple caves here, each representing different religious sects. Cave 1 is dedicated to Shiva, caves 2 and 3 to Vishnu, and cave 4 is a Jain temple. 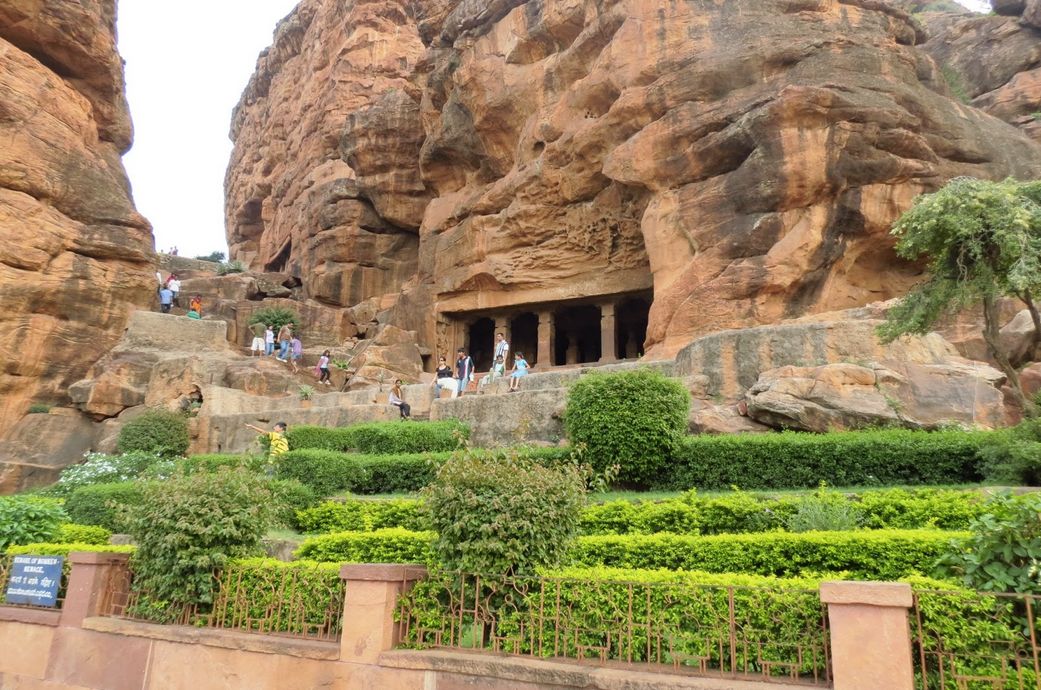 An angular view of the main cave with the roughhewn pathway sloping up to the higher level cave temples on the upper left. The rugged beauty of the hill is sharply accentuated in this picture. Photo and caption by S. N. Prasad. Used with permission. View larger. 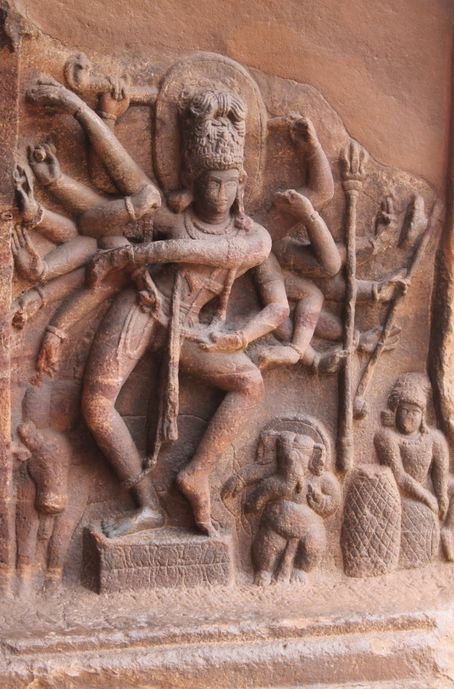 A dancing deity … One of the most outstanding pieces of work in the entire complex, it depicts an eighteen-armed dancing Shiva demonstrating nine bharatanatyam postures [classical dance postures of India]. Despite the ravages of time and centuries of exposure to a generally harsh environment the state of preservation of this and other cave sculptures is still pretty good. Its three dimensional form, clearly noticeable in the picture, is one of its distinctive features. Photo and caption by S.N. Prasad. Used with permission. 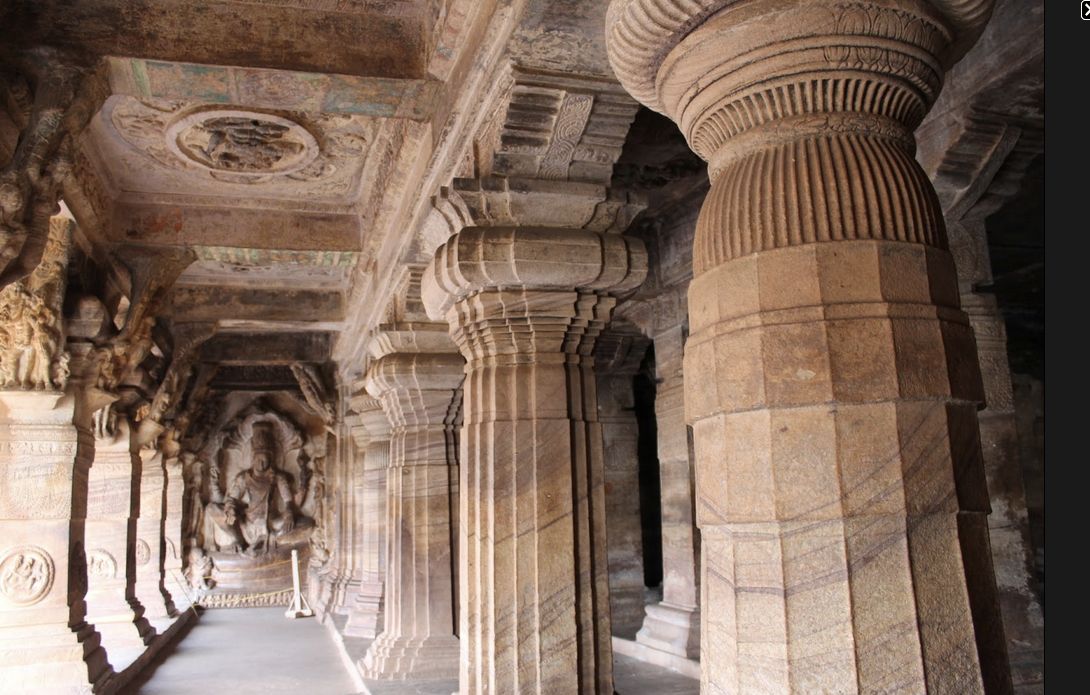 The third cave temple, the biggest and probably the best of the four, is dedicated to Lord Vishnu whose sculpted figure at the left end is the centerpiece of [this] picture. It also has numerous other exquisitely sculpted mythological figures. Photo and caption by S.N. Prasad. Used with permission. View larger.

And many of them do contain exquisite stone carvings. The oldest known examples of rock-cut architecture in India are in the Barabar caves in northern India. Their builders excavated the caves and created the rock-cut carvings around the 3rd century BC. But people used caves long before that. The earliest humans employed caves for shrines and shelters. Some very early caves included overhanging rock decorated with paintings or rock-cut art. It’s an ancient form of expression by humans since very early times.

Scholars have written about the idea that, in India, caves have a long history of being regarded as holy places. In fact, as the centuries passed, and free-standing sanctuaries began to be built in India, they typically retained a cave-like feeling – being small and dark and without natural light.