The Toba super-volcano eruption 74,000 years ago was 5,000 times larger than that of Mount St. Helens. Somehow, ancient human populations in India survived it. 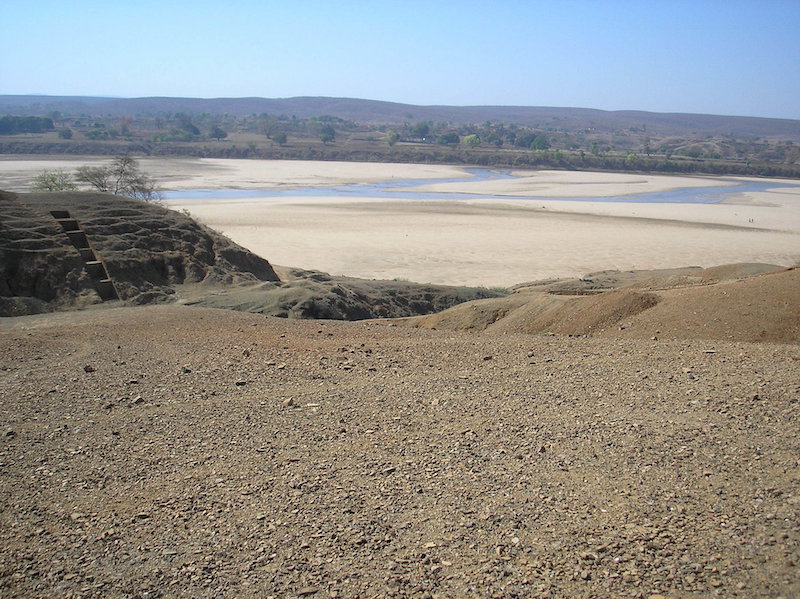 A view from the Dhaba site, overlooking the Middle Son Valley, northern India. An archaeological trench is visible near the left edge of the photo. Image via Christina Neudorf/ Max Planck Institute.

Archaeologists have found evidence that modern humans — Homo sapiens — had already migrated to India when the Toba super-volcano in Indonesia erupted 74,000 years ago. Stone tools found in Dhaba, in northern India, indicate that humans were there before and after the eruption, and were not severely impacted by it. These findings were reported in the February 25, 2020, issue of the journal Nature Communications.

Chris Clarkson, from the University of Queensland, is the paper’s lead author. In a statement, he said:

Populations at Dhaba were using stone tools that were similar to the toolkits being used by Homo sapiens in Africa at the same time. The fact that these toolkits did not disappear at the time of the Toba super-eruption or change dramatically soon after indicates that human populations survived the so-called catastrophe and continued to create tools to modify their environments. 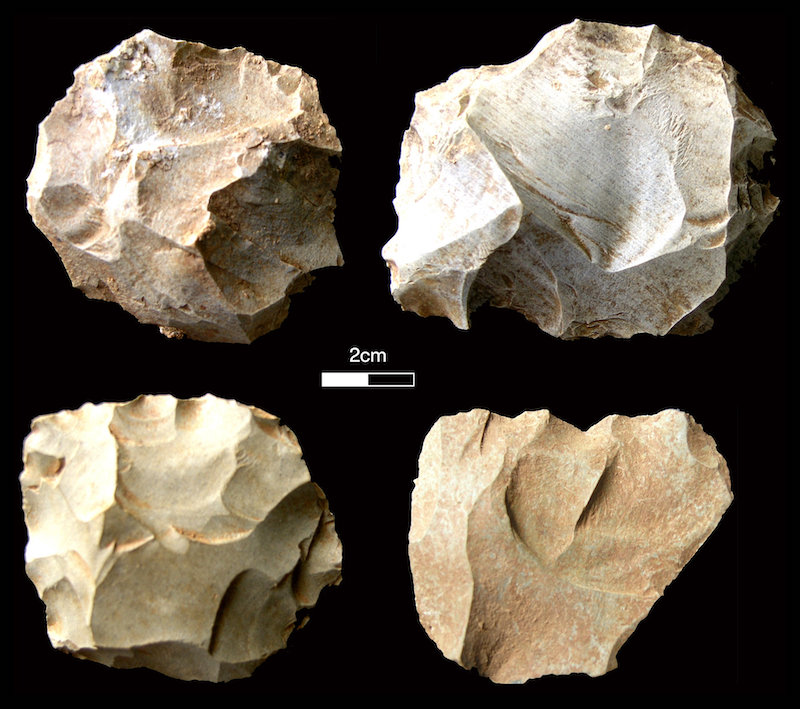 Stone tools crafted by ancient humans who lived at the Dhaba site around the time of the Toba volcanic super-eruption, 74,000 years ago. Image via Chris Clarkson/ Max Planck Institute.

The first major wave of modern humans that migrated out of Africa occurred about 60,000 years ago. However, some smaller scale migrations had occurred much earlier. At the Dhaba excavation sites in northern India’s Middle Son Valley, archaeologists found stone tools that had been made over a span of time from before to after the eruption, starting at 80,000 years ago.

There’s been a lot of controversy about how the Toba super-volcano eruption – that was about 5,000 times larger than that of Mount St. Helens – affected Earth. Some scientists think that the eruption 74,000 years ago, that spewed large amounts of ash into the atmosphere, caused winter-like conditions for six to 10 years and a cooler climate for about 1,000 years. They believe that this drastic change in climate nearly resulted in the extinction of modern humans.

However, archaeological evidence from Africa, India, and Asia indicate that the Toba eruption did not have a severe impact on human populations, a conclusion supported by the new findings. 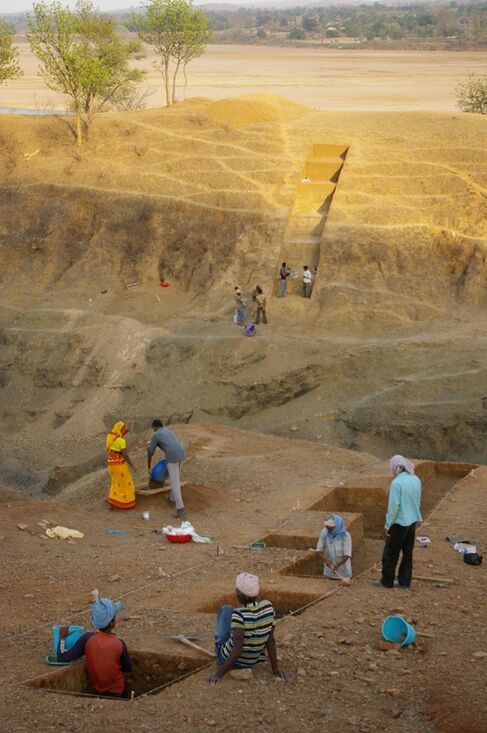 Excavations at the Dhaba site in northern India. Image via Chris Clarkson/ University of Queensland.

Clarkson, in a statement issued by the University of Queensland, said:

A prominent theory is that the few human survivors in Africa coped by developing more sophisticated social, symbolic and economic strategies, in turn enabling them to repopulate Africa and then migrate into Europe, Asia and Sahul by 60-50,000 years ago.

In fact, archaeological sites in southern Africa show human populations thrived following the Toba super-eruption. Climate and vegetation records from Lake Malawi in East Africa likewise show no evidence for a volcanic winter at the time of the eruption.

In Sumatra, close to the eruption itself, colleagues found Homo sapiens teeth which dated back to 73,000-63,000 years ago. This indicates Homo sapiens was living in Sumatra in a closed canopy rainforest environment soon after the eruption.

While the Toba super-eruption was certainly a colossal event, this natural disaster may only have had a minor impact on human populations living in India at the time. 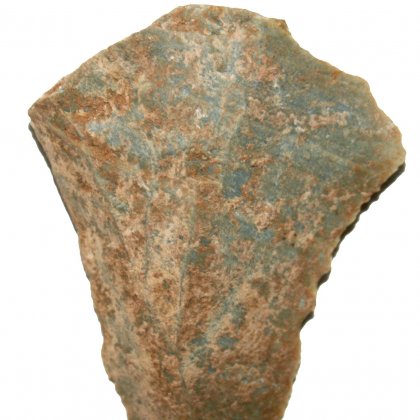 A stone tool from the Dhaba site in northern India. Image via Chris Clarkson/ University of Queensland.

Bottom line: Stone tools found in northern India indicate that modern humans were there as early as 80,000 years ago, and continued to live there after the eruption of super-volcano Toba 74,000 years ago.