The structure of human faces evolved to be punched by human fists, according to new research. 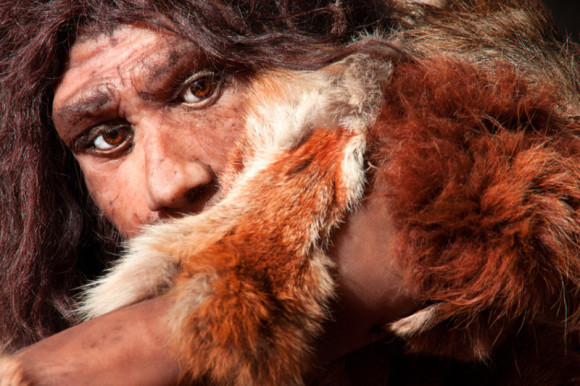 What contributed to the evolution of faces in the ape-like ancestors of humans?

The prehistoric version of a bar fight—over women, resources and other slug-worthy disagreements. That’s according to new research from the University of Utah published in the journal Biological Reviews on June 9. 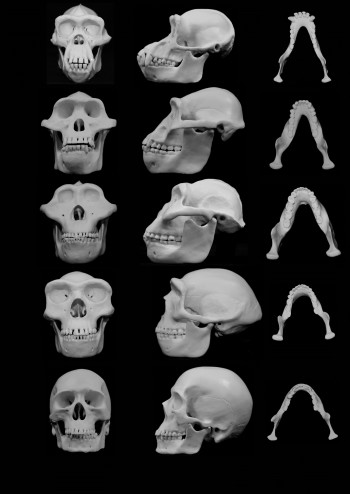 The researchers contend that human faces—especially those of our australopith ancestors—evolved to minimize injury from punches to the face during fights between males.

The findings present an alternative to the previous long-held hypothesis that the evolution of the robust faces of our early ancestors resulted largely from the need to chew hard-to-crush foods such as nuts. David Carrier is lead author of the study. He said:

The australopiths were characterized by a suite of traits that may have improved fighting ability, including hand proportions that allow formation of a fist; effectively turning the delicate musculoskeletal system of the hand into a club effective for striking.

If indeed the evolution of our hand proportions were associated with selection for fighting behavior you might expect the primary target, the face, to have undergone evolution to better protect it from injury when punched.

The rationale for the research conclusions came from determining a number of different elements, said Carrier.

Importantly, these facial features appear in the fossil record at approximately the same time that our ancestors evolved hand proportions that allow the formation of a fist.

The latest study by Carrier and Morgan builds on their previous work, which indicates that violence played a greater role in human evolution than is generally accepted by many anthropologists.