How does radioactive wastewater harm the human body?

As Japan’s Fukushima Daiichi nuclear power plant struggles to contain a flood of radioactive wastewater, a word about what makes radioactivity harmful to humans.

Martin Fackler of the New York Times reported yesterday (April 29, 2013) that Japan’s Fukushima Daiichi nuclear power plant is struggling to contain a flood of highly radioactive wastewater. This is the plant that was damaged two years ago during the March 11, 2011 9.0-magnitude earthquake and subsequent tsunami in Japan. According to Fackler’s article:

Groundwater is pouring into the plant’s ravaged reactor buildings at a rate of almost 75 gallons a minute. It becomes highly contaminated there, before being pumped out to keep from swamping a critical cooling system. A small army of workers has struggled to contain the continuous flow of radioactive wastewater, relying on hulking gray and silver storage tanks sprawling over 42 acres of parking lots and lawns. The tanks hold the equivalent of 112 Olympic-size pools.

Meanwhile, EarthSky is getting questions about how radioactivity – and in particular radioactive wastewater – is harmful to humans and animals. 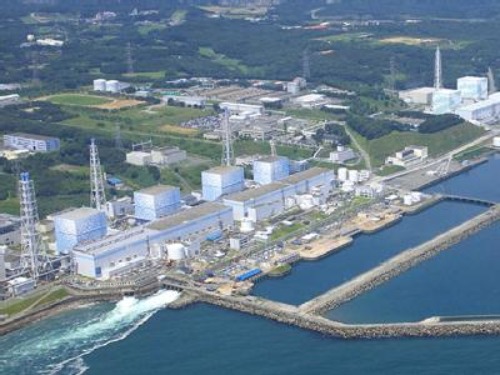 Two years after a triple meltdown that grew into the world’s second worst nuclear disaster, the Fukushima Daiichi nuclear power plant in Japan is struggling to contain a flood of radioactive wastewater, according to an April 29, 2013 New York Times article.

The radioactivity associated with the flood of wastewater at the Fukushima Daiichi nuclear plant is strontium, likely strontium-90, a product of nuclear fission, which is the process by which an atom splits into smaller parts, releasing energy in the process (it’s how nuclear power plants produce their energy).

Strontium-90 is present in significant amounts in spent nuclear fuel and in radioactive waste from nuclear reactors. It’s also the much-feared nuclear fallout from nuclear tests.

Strontium-90 is similar to calcium in being what’s known as a bone seeker. It’s possible to inhale it as dust, but people most often get it in contaminated food or water. When that happens, according to the EPA’s Radiation Protection page:

When people ingest Sr-90, about 70-80% of it passes through the body. Virtually all of the remaining 20-30% that is absorbed is deposited in the bone. About 1% is distributed among the blood volume, extracellular fluid, soft tissue, and surface of the bone, where it may stay and decay or be excreted.

The presence of strontium-90 in the human skeleton can cause bone cancer, cancer of nearby tissues, and leukemia. 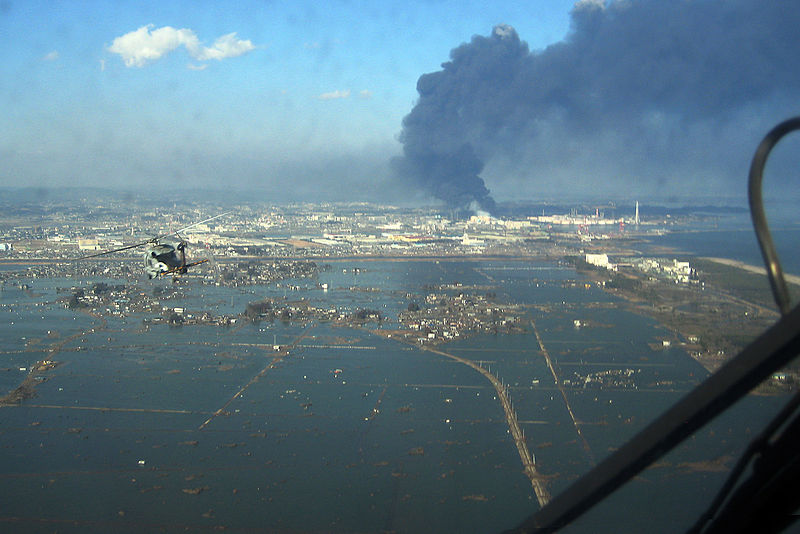 A helicopter flies over the port of Sendai, Japan following the 9.0 magnitude earthquake and tsunami on March 11, 2011.

The world has had accidents related to strontium-90 before. According to the EPA:

[Strontium-90] is considered one of the more hazardous constituents of nuclear wastes. The accident at the Chernobyl nuclear power plant also introduced a large amount of Sr-90 into the environment. A large part of the Sr-90 was deposited in the Soviet Republics. The rest was dispersed as fallout over Northern Europe and worldwide. No significant amount of stronium-90 reached the U.S.

Bottom line: The New York Times reported yesterday (April 29, 2013) that Japan’s Fukushima Daiichi nuclear power plant is currently struggling to contain a flood of highly radioactive wastewater. This is the plant that was damaged two years ago during the March 11, 2011 9.0-magnitude earthquake and subsequent tsunami in Japan. This post explains the kind of radioactivity most commonly associated with nuclear power plants, and its harmful effect on the human body.