Belgium, France, Spain and Portugal will likely see ozone-related deaths increase between 10 and 14 percent over the next 50 years, according to a new study.

In a new study, researchers warn that ozone-related deaths linked to global warming will increase in several European countries over the next 50 years, with Belgium, France, Spain and Portugal likely to see increases between 10 and 14 percent. The study predicts that Nordic and Baltic countries will see a decrease over the same period.

The findings revealed that – since 1961 – Belgium, Ireland, the Netherlands and the UK have seen the biggest impact on ozone-related deaths due to climate change, with an increase of approximately four percent. 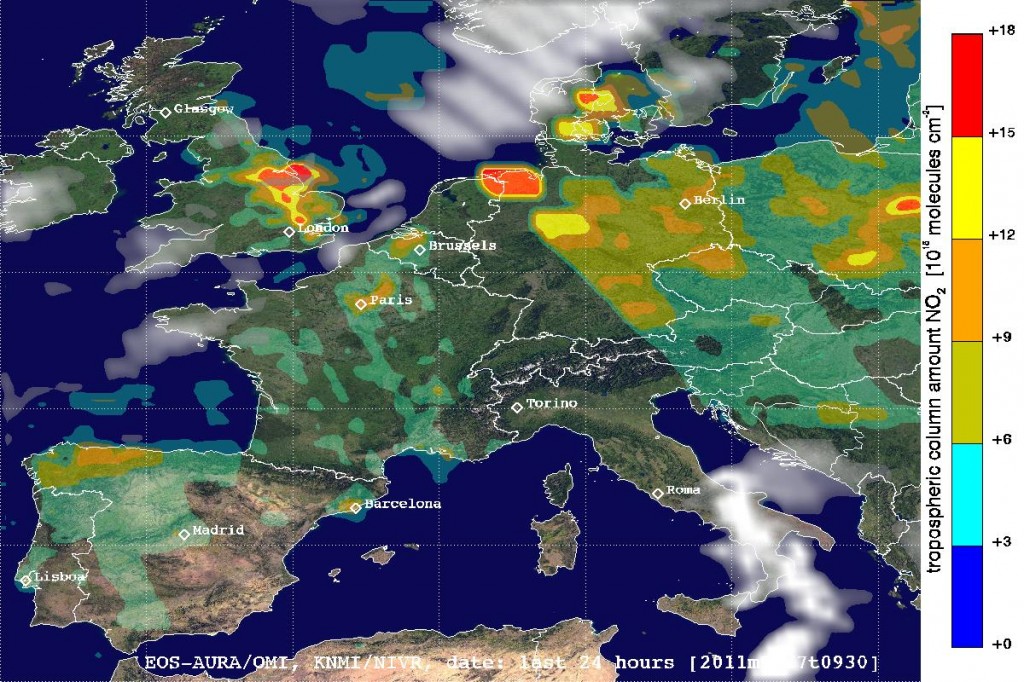 The research is part of the health impact assessment of the Climate-TRAP project (Climate change adaptation by TRaining, Assessment and Preparedness), led by Bertil Forsberg of Umeå University in Sweden. Its purpose is to prepare the health sector for changing public health needs due to climate change.

Results of the study were presented September 27, 2011, at the European Respiratory Society’s (ERS) Annual Congress in Amsterdam.

According to the World Health Organization (WHO), climate change since the 1970s has caused over 140,000 excess deaths annually by the year 2004, from its effects on air quality, drinking water, crop production and many deadly diseases such as malaria and those that cause diarrhea, which are particularly sensitive to climate change.

Ozone is a highly oxidative pollutant, linked with hospitalizations and deaths due to problems with the respiratory system. Ground-level ozone formation is due to rise as temperatures increase with climate change. The results of our study have shown the potential effects that climate change can have on ozone levels and how this change will impact upon the health of Europeans.

Red alder leaf showing discoloration damage from ozone. In the upper atmosphere, ozone is beneficial, but in the lower atmosphere, it can damage the respiratory system of animals and burn sensitive plants. Image Credit: Pat Temple, U.S. Forest Service

Outdoor air pollution is the biggest environmental threat in Europe. If we do not act to reduce levels of ozone and other pollutants, we will see increased hospital admissions, extra medication and millions of lost working days.

Bottom line: Scientists predict that Belgium, France, Spain and Portugal will see the biggest climate-induced increase in ozone-related deaths over the next 50 years, with increases likely to be between 10 and 14 percent. Results of their study, led by Bertil Forsberg of Umeå University in Sweden, were presented September 27, 2011, at the European Respiratory Society’s Annual Congress in Amsterdam.

Paul Epstein on climate change and our health

Is there good ozone and bad ozone?