In honor of Ben & Jerry’s ice cream, whose 35th anniversary was April 9 and who celebrated with a Free Cone Day.

Yesterday – April 9, 2013 – was Ben & Jerry’s ice creams’ 35th anniversary, and we hear their website crashed in the midst of their Free Cone Day. Heck, yeah! Free ice cream! On Ben & Jerry’s website today (April 10), the free cone notice is still up. Are they still giving them away? I don’t think so, but that’s a question for B&J. Congrats to Ben & Jerry’s and to all who got a free ice cream cone!

Sorry to be a day late with this info, but, apparently, it’s something they do every year on April 9 (“a B&J tradition since 1979” according to their website). I’ve already marked my calendar for April 9, 2014. In the meantime, we thought we’d join the fun with some fun facts about ice cream science and history.

1. The scientific secret to making homemade ice cream is rock salt. Why add salt to the bucket containing ice, before cranking to make ice cream? Adding salt lowers the temperature and allows the ice cream to freeze.

Ice cream sundaes with fruit, nuts, and a wafer in Osaka, Japan. The earlier ice cream treats might have looked a lot like this. Image via Wikimedia Commons.

2. According to SteveSpanglerScience, it was Nero, who was Roman Emperor from 54 to 68 AD, who “invented” ice cream. He’s said to have commanded slaves to bring snow down from the mountains, which was then used to freeze the flavored cream mixture. Perhaps so. But Nero might have gotten the idea from the Persian Empire, which began making frozen desserts made from snow stored underground, or gathered from mountaintops, hundreds of years before. In 400 BC, the Persians are said to have invented a special chilled food, made of rose water and vermicelli, which was served to royalty during summers. The ice was mixed with saffron, fruits and other flavors. The Chinese, too, were said to have served a frozen mixture of milk and rice around 200 BC. In the 10th century, ice cream made with dairy products was widespread in cities in the Arab world, for example in Baghdad, Damascus, and Cairo. It was produced from milk or cream, often with yogurt, and was flavoured with rosewater, dried fruits and nuts. Hungry yet?

3. But how did ice cream go from being for royalty and the wealthy to being for the rest of us? In 1846, Nancy Johnson invented the hand-cranked ice cream churn, and ice cream surged in popularity. Still, before the development of modern refrigeration in the early 20th century (refrigerators for home and domestic use are said to have been invented around 1913 by Fred W. Wolf of Fort Wayne, Indiana), ice cream was a luxury reserved for special occasions. Making it was labor-intensive. Consider that, shortly before the invention of the refrigerator, icehouses were used to provide cool storage for most of the year. They were packed with snow and ice cut from lakes and streams during the winter months. I can still recall my parents talking about icehouses in the 1950s. 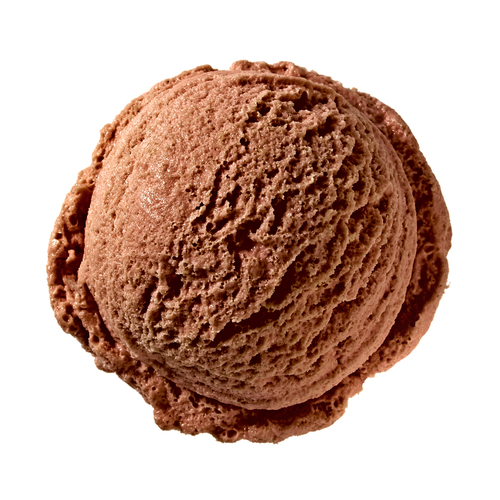 4. Several food vendors claim to have invented the ice cream cone at the 1904 World’s Fair in St. Louis, Missouri. The most popular story is that an ice cream vendor ran out of dishes and improvised by rolling up some waffles to make cones. On the other hand, according to Wikipedia, Europeans were eating cones “long before 1904.” Take that, Americans.

SteveSpanglerScience also has an easy-looking recipe for making your own ice creamer. No commercial ice cream freezer needed. Not as good as a free ice cream cone. But worth a try!