Skip the diet and exercise. There are faster routes to self improvement.

I’m not big on New Year’s resolutions. Sure, they’re a fine conversation starter at awkward holiday parties, but in practice they’re a setup for disappointment. Exercise more, get more sleep, finish reading Ulysses. Who can achieve such impossible goals? As a fundamentally lazy person, I suspect the problem with many resolutions is that they attempt to add a behavior rather than removing one. In January especially it’s easier to do nothing than to do something. So for those of you still shopping for 2014 resolutions (or those who’ve already failed at your needlessly Herculean undertakings) I offer this selection of manageable options pulled from recent science news…

After years of complaining to anyone who will listen about the ridiculous overkill of antibacterial soaps, it’s gratifying to see that the FDA shares my concerns. The agency recently announced their proposal to require makers of antibacterial soaps to demonstrate not only that these products are safe and effective, but also that they are “more effective than plain soap and water in preventing illness and the spread of certain infections.” Because, in an era of increasingly dangerous bacterial resistance, why would you add a bactericidal agent like triclosan to your soap if regular soap was already getting the job done?*

Before you ask, let me assure you that no one is coming after your hand sanitizing gels and wipes and whatnot. Alcohol-based products for use when hand-washing is not an option are still A-ok with the FDA. It’s just the soaps that need to prove they’re worth their salt. According to the FDA statement, manufacturers will have a year to submit evidence that their antibacterial soaps comply with the proposed rule (good luck with that) before anything gets pulled from the shelves, but you can start shunning these products today. And you don’t even need a gym membership. Easy.

2) Ease up on the multivitamins 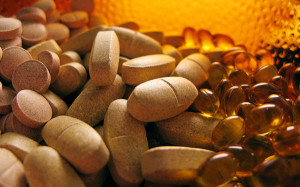 This is probably the most controversial recommendation of the lot. A December Annals of Internal Medicine editorial provocatively titled, “Enough Is Enough: Stop Wasting Money on Vitamin and Mineral Supplements” got plenty of press and, in turn, a fair amount of backlash. While the authors’ case-closed, no-further-research-is-needed stance may be premature, they make a good argument against indiscriminate use of vitamin supplements given the unconvincing state of available research. Clinical trials adding multivitamins to otherwise non-deficient diets have failed to consistently show benefits in terms of death and disease. There’s no evidence that these pills will help you live a longer or healthier life. Additionally, some fat-soluble vitamins such as vitamin E and beta-Carotene (which are stored in the body rather than peed out like water-soluble vitamin C and its ilk) can be harmful in high doses.

Targeted vitamin supplementation can still be useful – folic acid for pregnant women, vitamin B12 for vegans (and some folks over 50…ask your doctor) – but the idea here is actual supplementation. It’s reasonable to take specific vitamins if your body is lacking in a particular nutrient, but there’s no point in throwing a-bit-of-everything multivitamins in there on the principle that more is better. And since vitamins are found in food in addition to pills (how novel!) you may already be getting more of them than you realize. Don’t forget that certain processed foods, like cereal, are also vitamin fortified. After reviewing a list of food sources of common vitamins I’ve decided 2014 will be the year I stop buying B-complex. I feel confident in my ability to stick with this resolution. Plus I can use the money I save to purchase delicious avocados and strawberries. 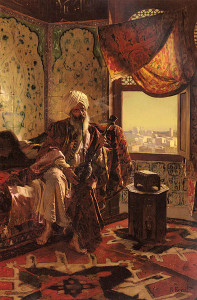 I know. I’m as surprised by this item as you are, but according to an article that popped up on the Centers for Disease Control website over the holidays, hookah use is on the rise in the U.S., particularly among teens and college students. They cite a 2011 study that found that “18.5% of 12th grade students in the United States had used hookahs in the past year.” Yep, 18.5% of high school seniors took an hour or more out of their lives to sit around sucking on a pipe that contained nothing more mind-altering than tobacco. Kids today.

Because hookah smoke passes through a water pipe before being inhaled, people often assume it’s safer than puffing away on regular cigarettes. But, alas, the CDC tells us that hookah smoke contains many of the same toxins found in cigarette smoke, and a much higher volume of smoke overall – 90,000 milliliters for a typical hookah outing, as opposed to the 500 to 600 milliliters you’d get from a cigarette. Plus the charcoal used to heat the contraption produces smoke with extra carbon monoxide. Not ideal. As an additional deterrent I’d like to add that, unless you’re a bearded old man surrounded by elaborate rugs (see picture), you probably look like a total poser doing this. I’m betting hookah smoking should be pretty easy vice to jettison, as it’s hard to imagine it was ever that much fun in the first place.

For some this may be the most difficult of the resolutions on this list, but I suspect it also offers the greatest benefit (reduced risk of dying or killing someone else, sounds like a good deal to me). A study published in the latest issue of the New England Journal of medicine quantified something that shouldn’t surprise anyone – trying to multitask while behind the wheel can make your driving sucky. This was especially the case with for novice drivers (in this study, teenagers who’d just gotten their licenses), who were significantly more likely to be involved in a crash or near crash if they were texting, dialing a cell phone, reaching for stuff in the car, eating, or even looking at something on the side of the road. Veteran drivers (20 years road time on average) fared better than the teen group at operating a car while eating, staring out the window, and reaching for objects, but still had issues if they tried to dial a cell phone. (For some reason texting wasn’t assessed in the experienced driver group. What gives? Do older people not text?)

Since it only looked at absolute beginners and seasoned pros, this study can’t tell us what the learning curve is like. How many hours behind the wheel before it’s safe to eat a sandwich? More research is needed. For now, I encourage everyone to err on the side of caution. Eyes on the road people.

* Another concern is that triclosan may act as an endocrine disruptor (i.e., something that messes with hormones) though more research is needed on that subject, which is why I’m banishing it to the notes section for now.