A remarkable find of fossil teeth from tiny, furry-tailed creatures – thought by scientists to be a human ancestor – dating back 145 million years. 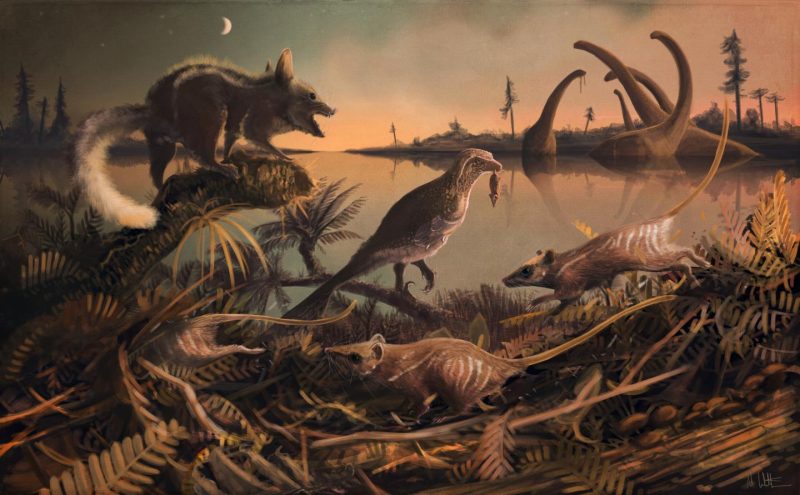 Artists concept of the small rat-like mammals believed to be the earliest known ancestors of most modern mammals, including humans. Image courtesy of Dr. Mark Witton, paleo-artist, University of Portsmouth.

Scientists have come to believe that modern placental mammals – from whales to bats, and yes, humans too – descended from small furry mammals that lived during the age of the dinosaurs. On November 7, 2017, scientists announced the discovery of two fossil teeth from these ancient creatures, the earliest fossils of these creatures known so far, in rocks from the coast of Dorset in England. The teeth date back to 145 million years ago. The scientists’ statement said:

They are the earliest undisputed fossils of mammals belonging to the line that led to human beings.

The work is published the peer-reviewed journal Acta Palaeontologica Polonica.

Steve Sweetman at the University of Portsmouth is the paper’s main author. He’s an expert in small vertebrates that lived during the Cretaceous period. In his team’s statement, he recounted how an undergraduate at the university, Grant Smith, made the extraordinary discovery of two unusual fossil teeth.

Grant was sifting through small samples of earliest Cretaceous rocks collected on the coast of Dorset as part of his undergraduate dissertation project in the hope of finding some interesting remains. Quite unexpectedly he found not one but two quite remarkable teeth of a type never before seen from rocks of this age. I was asked to look at them and give an opinion and even at first glance my jaw dropped!

The teeth are of a type so highly evolved that I realized straight away I was looking at remains of Early Cretaceous mammals that more closely resembled those that lived during the latest Cretaceous – some 60 million years later in geological history.

In the world of paleontology there has been a lot of debate around a specimen found in China, which is approximately 160 million years old. This was originally said to be of the same type as ours but recent studies have ruled this out. That being the case, our 145-million-year-old teeth are undoubtedly the earliest yet known from the line of mammals that lead to our own species.

The teeth are of a highly advanced type that can pierce, cut and crush food. They are also very worn which suggests the animals to which they belonged lived to a good age for their species. No mean feat when you’re sharing your habitat with predatory dinosaurs! 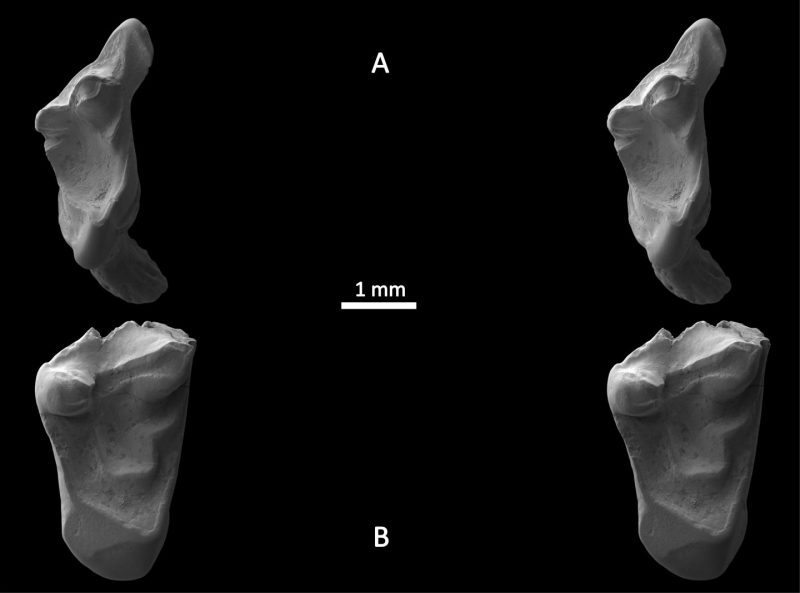 When Grant Smith first saw the teeth, he recognized them as mammalian. His supervisor, Dave Martill, also at the University of Portsmouth, agreed but suggested they consult Sweetman. Martill later commented:

We looked at them with a microscope but despite over 30 years’ experience these teeth looked very different, and we decided we needed to bring in a third pair of eyes and more expertise in the field in the form of our colleague, Dr. Sweetman.

Steve made the connection immediately, but what I’m most pleased about is that a student who is a complete beginner was able to make a remarkable scientific discovery in palaeontology and see his discovery and his name published in a scientific paper. The Jurassic Coast is always unveiling fresh secrets and I’d like to think that similar discoveries will continue to be made right on our doorstep. 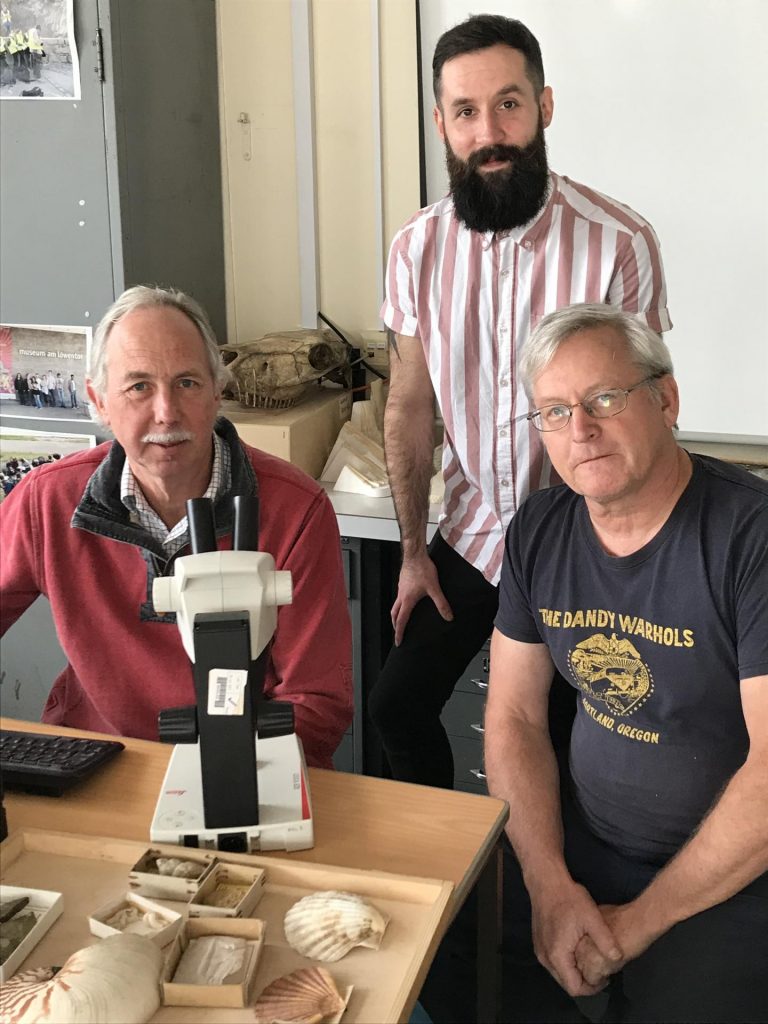 In the video below, Steve Sweetman, Grant Smith, and Dave Martill, all from the University of Portsmouth, discuss their finding.

Man's earliest ancestors discovered in southern England from University of Portsmouth on Vimeo.

Bottom line: Scientists discover fossil teeth belonging to the earliest known ancestor of many modern-day mammals, including humans, dating back to 145 million years ago, in Dorset, England.