Officials report that a shipment of fenugreek seeds from Egypt may be the culprit in a deadly E. coli outbreak that has killed 50 people and infected thousands.

After throwing blame on Spanish cucumbers and then European sprouts, officials now report that a single shipment of fenugreek seeds from Egypt may be the culprit in a deadly E. coli outbreak that has infected thousands and killed 49 people in Europe, plus one Arizona man. According to Reuters on July 5, 2011, the European Union has banned import of certain seeds and beans from Egypt as a result of the identification. Egyptian officials Ministry of Health officials have asserted that their test results turned up no signs of the E. coli bacteria.

Most of the infections with this specific E. coli strain have occurred in Europe and North America. The six infected Americans, including the Arizona man who died, had all recently been traveling in Europe, the epicenter of the outbreak. The strain has proved particularly powerful in its attack, causing a usually rare condition in which the kidneys will shut down, leading to death. It also has proved particularly controversial, as the blame for its presence shifted from cucumbers in Spain to sprouts and now to Egyptian fenugreek seeds. These seeds, according to EU officials, were used to grow sprouts for consumers. The ban on the Egyptian imports is in place until October 31.

The E. coli strain in question, STEC (which stands for Shiga-toxin–producing E. coli) O104:H4, has two traits that have contributed to its deadly capacities. It makes a toxin called Shiga that brings on watery diarrhea and can lead to severe and deadly kidney problems. Shiga can destroy red blood cells that in turn damage the kidney, resulting in the hemolytic uremic syndrome that has been a key feature of the outbreak. In fact, while previous outbreaks involving Shiga-pumping E. coli have produced rates of hemolytic uremic syndrome of between 5 and 10%, this latest sprout-linked E. coli plague has yielded rates that may be as high 25%, leaving health officials dismayed. Furthering their concern is the affected population, which includes a large proportion of young people. Kidney complications with Shiga poisoning have historically been more common among the very young and the very old. 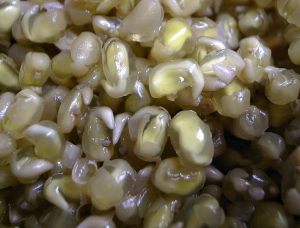 Possibly facilitating and exacerbating this toxic Shiga load is the fact that these bacteria have an unusual ability to stack up on each other like bricks on the intestinal wall. This bacterial bricklaying may have helped them more efficiently offload Shiga into the body, leading to higher rates of the severe symptoms and death. Researchers have suggested that the bacteria, notorious for gene swapping, may have developed the bricklaying technique first, then later picked up a virulent Shiga pumping gene, a double whammy that has made them doubly deadly.

This outbreak is certainly not the first in which E. coli infections have ended in kidney failure and death. A spinach-borne outbreak in 2006 also caused some deaths related to kidney failure, while a water-borne outbreak in 1999 and others in the early 1990s were related to Shiga-producing E. coli. In those cases, the strain in question was the deadly and infamous (at least in public health circles) strain 0157:H7 of the bacteria. Now, it seems, thanks to its bricklaying abilities, STEC O104:H4 may have taken center stage, whether from Egpytian fenugreek seeds or some other source, as a deadly food-borne threat to human health.