It’s the biggest object of its class. It’s the only known binary planet. It’s Pluto. And we love it. Just press play.

Where is New Horizons now?

Global Night Sky with Deborah Byrd. Did we just say speed on? The dazzlingly close binary system that we see as the bright star Spica is now in the southeast after sunset. How you can “follow the arc to Arcturus and speed on to Spica” to get there.

Weird Science with Ryan Britton. Does the length of your fingers indicate physical attractiveness?

NASA’s Phoenix Mars Lander mission. Science writer Andrew Kessler talks with EarthSky’s Beth Lebwohl about his experience as a journalist covering a NASA mission designed to gather samples from the surface of Mars. He said: It’s kinda like playing the claw game through a 200-million-mile lens. 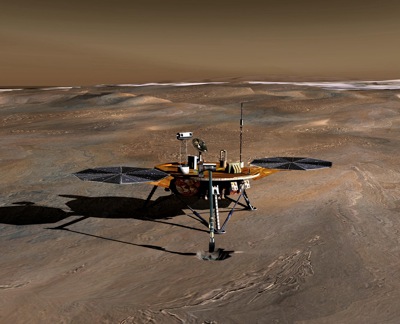