EarthSky 22: Dead zone in the Gulf of Mexico

Why this year’s Gulf of Mexico dead zone might be the biggest yet, plus more science and great music from Austin TX on this week’s EarthSky 22. Just press play. 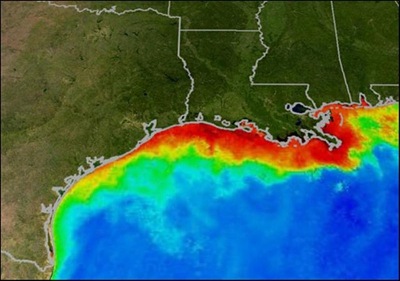 Dead zone in the Gulf of Mexico. Jorge Salazar speaks with Nancy Rabalais, a biological oceanographer at the Louisiana Marine Consortium, about hypoxia, a low-oxygen zone in the ocean that’s commonly referred to as a “dead zone”. 2011 is predicted to see the biggest Gulf “dead zone” ever recorded. Rabalais explains why. 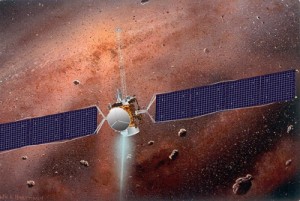 NASA’s Dawn mission. Jorge Salazar speaks with Dr. Chris Russell of UCLA about a space mission to Ceres and Vesta – objects in the asteroid belt between Mars and Jupiter. Dr. Russell is Principal Investigator of NASA’s Dawn mission, scheduled to go into orbit around Vesta – the most geologically diverse of the big asteroids – in July 2011. It’ll stay there, mapping Vesta, for one year. Then Dawn will head toward a 2015 orbit of Ceres – formerly the biggest asteroid, now called a dwarf planet.