Did humans evolve with grasslands?

Scientists have uncovered a 24-million-year record of vegetation in the region of east Africa where early humans likely evolved. 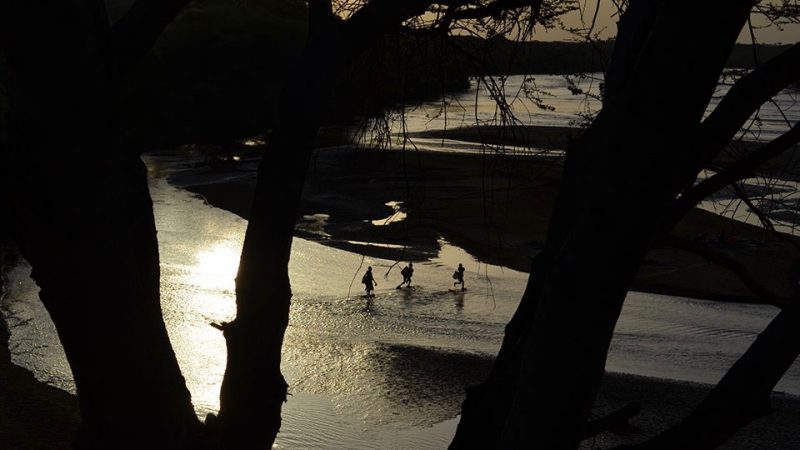 Where and how did humanity evolve? Scientists are confident that an area in what’s now Ethiopia and Kenya is the birthplace of humanity, but they’re less sure about the how. On June 6, 2016, scientists with Lamont-Doherty Earth Observatory published a new study describing a 24-million-year record of vegetation that sheds light on the how of human evolution in the very distant past. It suggests that the rise in grasslands between 24 million and 10 million years ago went hand-in-hand with the rise of humanity in east Africa. These scientists said in a statement that this record:

… lends weight to the idea that we developed key traits — flexible diets, large brains, complex social structures and the ability to walk and run on two legs — while adapting to the spread of open grasslands.

The study is published in a June 6 special human-evolution issue of the journal Proceedings of the National Academy of Sciences.

It describes what the scientists say is by far the longest and most complete record of ancient plant life, unearthed in seabed sediments off east Africa. Their statement said that this study:

… strongly suggests that between 24 million and 10 million years ago – long before any direct human ancestors appeared – there were few grasses, and woodlands thus presumably dominated.

Then, with an apparent shift in climate, grasses began to appear.

The study shows that the trend continued through all known human evolution, leading to a dominance of grasses by a few million years ago.

Based on genetic evidence, the earliest hominins, or human ancestors, are thought to have split off from chimpanzees some 6 million to 7 million years ago. Many scientists have argued that they were set on the path to become modern humans as east Africa’s vegetation gradually shifted from dense forest to savanna—open grasslands punctuated by woodland patches and rivers.

This would have forced our ancestors to descend from the trees, move rapidly over open ground, and develop social skills needed for survival. 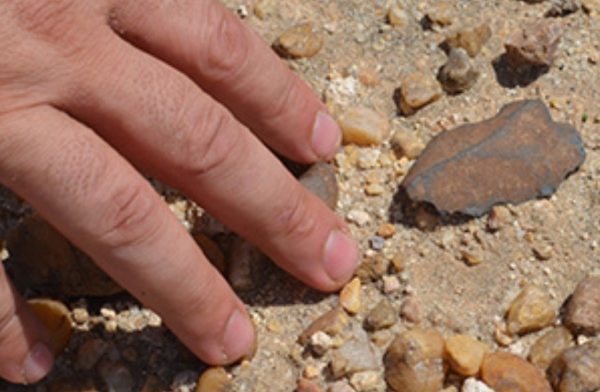 A projectile point – age and makers unknown – on the ground in northwest Kenya, where conditions are now more arid than in the past. Image and caption via Lamont-Doherty Earth Observatory.

There’s lots more about this study and the world as it existed 24 million to 10 million years ago, when our remote human ancestors were only beginning to evolve, in the scientists’ statement, which is written by Kevin Krajick. For example, it includes the idea that grasslands alone weren’t early humans’ only habitat, and that a more nuanced view has arisen among scientists in recent years:

… that it was the increasing diversity of … landscapes including the grasses that led to the success of the hominins who were smartest and most flexible at adapting to a changing world.

The study results from an examination of a series of sediment cores drilled by a research ship in the Red Sea and the western Indian Ocean, off northeast Africa. The cores contain chemicals created by vegetation on land that were later washed or blown out to sea and laid down in layers for tens of millions of years. Kevin Uno, a postdoctoral research scientist at Columbia University’s Lamont-Doherty Earth Observatory, is lead author of the study. He commented:

The deep ocean might seem like a funny place to look for signs of vegetation, but it’s one of the best, because everything is buried and preserved. It’s like a bank vault.

Uno also commented that the study data matches chemical analyses of tooth enamel from ancient elephants and other large herbivores showing that some east African animals began switching to more grass-based diets around 10 million years ago. 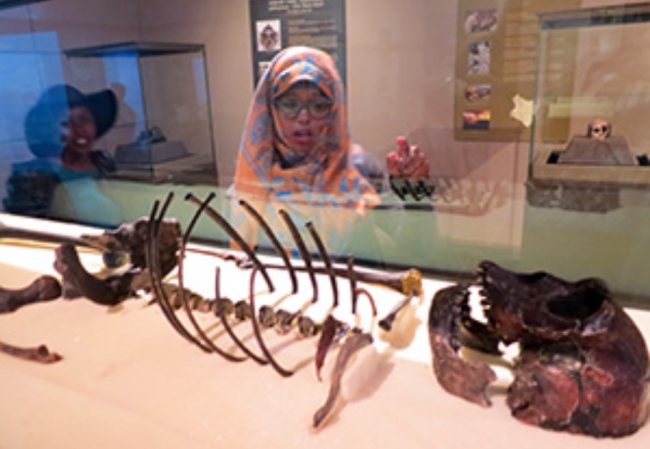 Bottom line: A new study led by Kevin Uno – resulting from an examination of seabed sediment cores – supplies what scientists say is “by far the longest and most complete record of ancient plant life” in much of what is now Ethiopia and Kenya, the assumed birthplace of humanity.