What is the Common Era?

If you encounter a date in the CE (Common Era) or BCE (Before Common Era) format, don’t fret. They mean exactly the same thing as AD (anno Domini) and BC (before Christ). 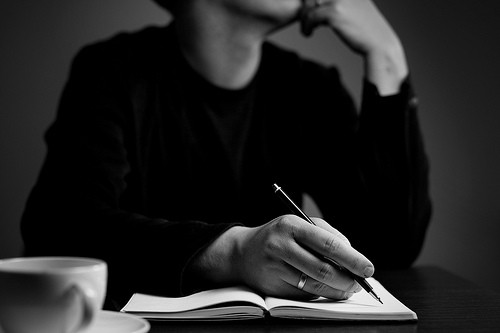 Like all things human, calendars evolve. We in the western world trace our calendrical roots to the old Roman calendar and the newer Julian calendar, proposed by Julius Caesar, a ruler of ancient Rome. We today use what is called the Gregorian calendar, named after Pope Gregory XIII, who introduced it in 1582. Nowadays, you sometimes encounter a date in the CE (Common Era) or BCE (Before Common Era) format. They’re just another example of the evolution of human time-tracking and mean exactly the same thing as AD (anno Domini) and BC (before Christ).

Simply put, BCE (Before Common Era) is a secular version of BC (before Christ).

CE (Common Era) is the secular equivalent of AD (anno Domini), which means “in the year of the Lord” in Latin.

According to TimeandDate, either designation is acceptable by the international standard for calendar dates, although scientific circles are more prone to using the BCE/CE format.

The use of the BCE/CE format has been found from manuscripts dating back to 1708, so this system has been in place, to some extent, for several centuries. BCE/CE have been in frequent use by Jewish academics for more than 100 years. The general acceptance of BCE/CE in science and academia has increased markedly during the first decades of the current century.

A timeline showing that BC and AD mean the same thing as BCE and CE. Image via Artoba Tours.

On the other hand, many media sites on the internet use the AP Stylebook as a guide to matters of style. And the AP Stylebook uses B.C. and A.D. rather than BCE and CE because, according to AP:

A.D. and B.C. are the more common and understandable abbreviations.

According to an article at Druide.com – a Quebec-based company that specializes in developing and marketing writing assistance software – there’s been some pushback on the use of BCE/CE:

The movement towards BCE/CE has not been universally accepted, and BC/AD is still more widely used, even though BCE/CE has been in the mainstream since the 1980s. There have been backlashes to the adoption of the new system in defence of BC/AD, notably in 2002 when the U.K. National Curriculum made the transition. In 2011, education authorities in Australia were forced to deny that such a change had been planned for national school textbooks amid a similar controversy triggered by media reports.

ThoughtCo.com – a reference site based in New York City – describes the pushback, too:

The controversy over whether to use AD and BC (or A.D. and B.C.) or CE and BCE (C.E., B.C.E.) when referring to dates burns less brightly today than it did in the late 1990s when the divide was fresh. With some rather heated debate, authors, pundits, scholars, and literary style masters took one side over the other. Decades later, they remain split, but the consensus seems to be that the decision to use one or the other is a personal or organizational preference. The same applies to the use of periods: use or don’t use them, based on personal or organizational preference. 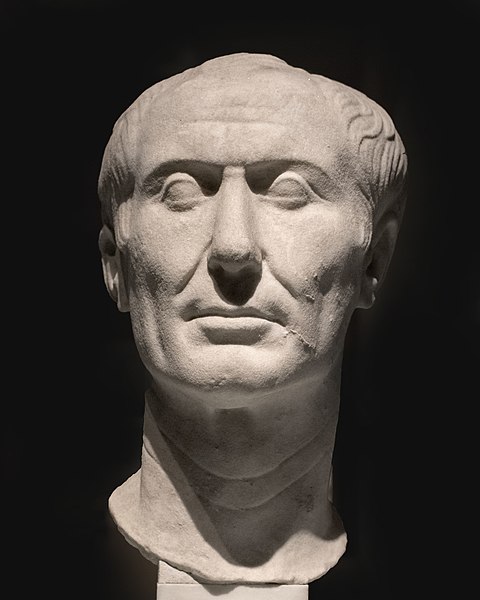 Bust of Julius Caesar, who gave the world the Julian calendar on January 1, 45 BCE. Or was it January 1, 45 BC? In fact, those dates mean exactly the same thing. Image via Wikipedia. 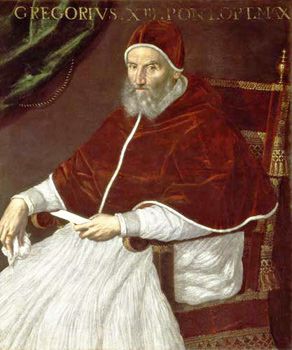 Pope Gregory XIII. Portrait by Lavinia Fontana. He reformed the Julian calendar in 1582, by which time it had drifted 10 days off course. To this day, most of the world uses his Gregorian calendar. Image via Calendars Through the Ages.

The present-day Gregorian calendar is the product of several millennia of international cooperation, and most countries on Earth today use it.

The anno Domini dating system (BC/AD) was invented by the Christian monk Dionysius Exiguus in the year 525. We today often leave out the AD designation; you never hear someone say, for example, “I was born on July 18, 1980 AD.” But sometimes the AD is needed for clarity. If designated, AD often prefixes the year whereas CE follows the year. For example:

The dating system was invented by Dionysius Exiguus in AD 525.

The dating system was invented by Dionysius Exiguus in 525 CE. 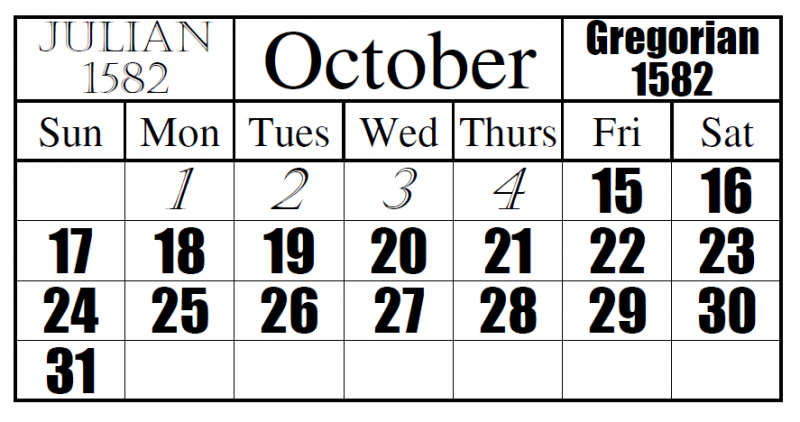 Let’s take Fred Espenak’s Six Millennium Catalog of Lunar Eclipses (3000 BCE to 3000 CE) for our example, as we display below. The year 1582 had four lunar eclipses (January 8, June 6, July 5 and December 9, 1582). The dates for the year’s first three lunar eclipses are Julian calendar dates whereas the final lunar eclipse is dated by the Gregorian calendar. 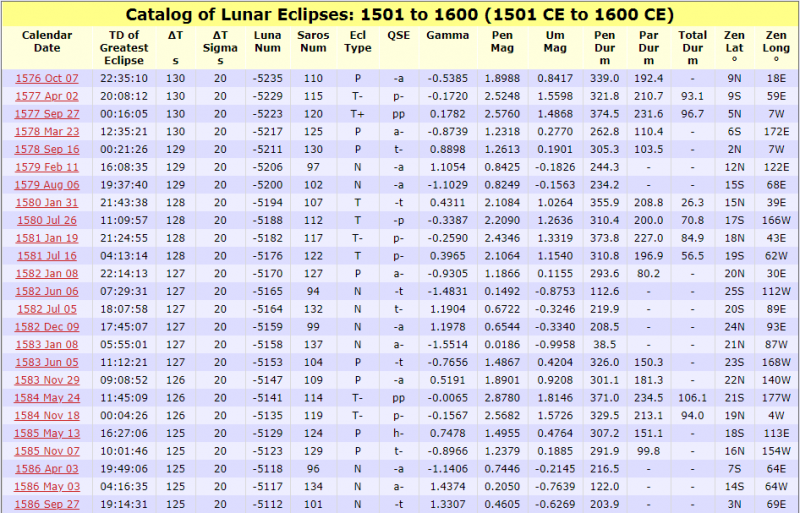 The circular path of the north celestial pole (in orange), due to axial precession, relative to the stars. Over the course of about 26,000 years, the Earth’s rotational axis, projected onto the sky, will trace a circle in northern and southern skies. Numbers in yellow show dates where the north celestial pole will be located relative to the stars. Polaris is shown near the top of the circle at the year +2,000 or 2,000 CE. Image via Tau’olunga / Wikimedia Commons.

Bottom line: CE (Common Era) and BCE (Before Common Era) mean the same thing as anno Domini (AD) and before Christ (BC).

Read more from Druide.com: BC and AD, BCE and CE, what’s the difference?

Read more from Thoughtco.com: Should we use AD or CE?