A story is circulating on social media about China’s new hypersonic glide vehicle. Here are some questions.

Social media is buzzing this morning (January 14, 2014) about a reported first flight by China’s new ultra-high speed missile vehicle. What is the truth of this story? That’s a difficult question. Pentagon officials are quoted as having said the new weapon, assuming the Chinese get it working properly, has the potential to deliver warheads through U.S. missile defenses. Here are four questions to ask about this story.

1. Who says? In this case, the original story appears to have run yesterday (January 13) in the Washington Free Beacon, which both the Atlantic and the Weekly Standard suggest is engaged in “combat journalism” from a U.S. conservative perspective.

In the Washington Free Beacon’s January 13 story, China is reported to have carried out the test of the new hypersonic glide vehicle (HGV) on January 9, 2014. The experimental weapon is said to be known at the Pentagon as the WU-14. Is there a weapon known at the Pentagon as WU-14? A google search on that name turned up some cool wallpaper, but no weapon. That doesn’t mean, of course, that it’s not true. A Pentagon spokesman is said to have confirmed the Chinese test launch but declined to provide details. A Lt. Col. Jeffrey Pool, a Marine Corps spokesman, is quoted in the Washington Free Beacon as saying:

We routinely monitor foreign defense activities and we are aware of this test.

However, we don’t comment on our intelligence or assessments of foreign weapon systems. We encourage greater transparency regarding their defense investments and objectives to avoid miscalculation.

Did he really this, and was he talking about a test of a hypersonic glide vehicle, tested by China on January 9, 2014? No idea.

2. What other media sources have confirmed the story? At this writing (January 14, 2013), no mainstream media outlet – with the exception of Fox News, which picked up the Washington Free Beacon’s story and ran it word for word – appears to have carried it yet. Mainstream media outlets are the ones with the resources to check out a story like this. 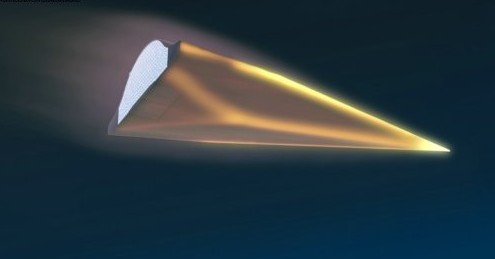 This image is circulating on social media today. I plucked this one from finance.guchung.com, a Chinese-language website. It looks like an artist’s illustration. EarthSky cannot confirm that this image shows what it purports to show.

3. Who else has spoken out about the story? The chairman of the House Armed Services Committee and two senior committee members issued a statement on Monday, voicing concerns about China’s first test of a new high-speed missile vehicle. The authors of the statement are all Republicans: Chairman Rep. Howard P. “Buck “ McKeon (R., Calif.) and Reps. Randy Forbes (R., Va.) and Mike Rogers (R., Ala.). So that’s three Republican congressmen issuing a statement in response to a scary story (possibly pointing to a need to boost U.S. military spending?) at a politically conservative website. To my knowledge, at this time, no Democrats and no other Republicans have weighed in.

4. Are the images accompanying the story real or artist’s illustrations? The image below is the one I saw first on social media this morning, circulating with this story. When I looked around a bit, I found that it looks a lot like an illustration on a Fox News story – about launching a U.S. hypersonic rocket plane by 2016 – from July 12, 2012. You can see the 2012 illustration below. These all appear to be artist’s concepts. 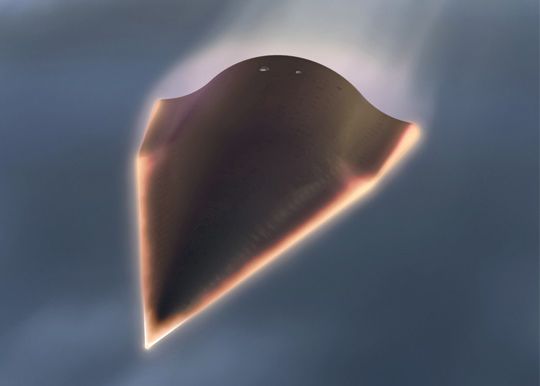 This apparent artist’s illustration is the one circulating on social media this morning, purportedly illustrating China’s new hypersonic glide vehicle. 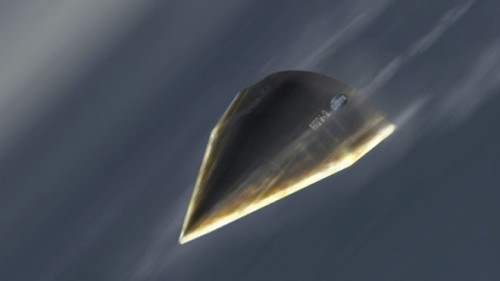 Here’s the illustration from a July 2012 story titled US military to launch hypersonic rocket plane by 2016.

This story isn’t standing on much of a foundation, so far.

Bottom line: The Washington Free Beacon – which apparently publishes content from a U.S. conservative perspective – started a round of stories yesterday about a reported test in China of a new hypersonic glide vehicle (HGV). The test reportedly took place on January 9, 2014.