China’s big new radio telescope – now the largest of its type in the world – will join Breakthrough Listen experiments in the U.S. and Australia in seeking extraterrestrial signals. 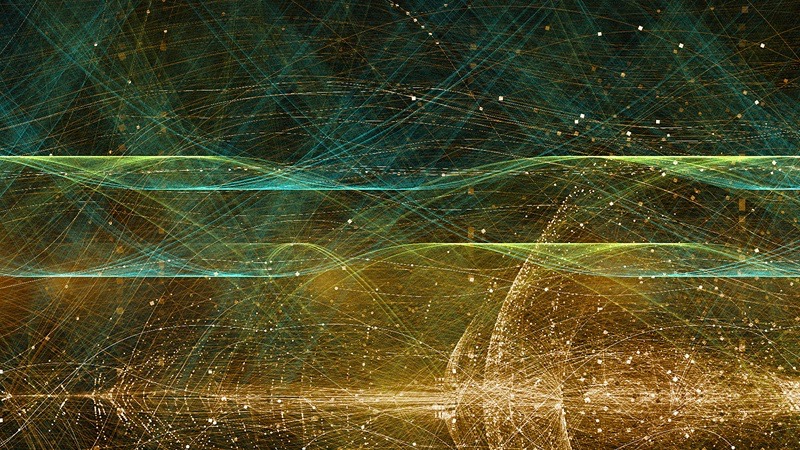 Breakthrough Listen is the largest ever scientific research program aimed at finding evidence of civilizations beyond Earth. Image via Breakthrough Initiatives.

On October 12, 2016, Breakthrough Initiatives officially announced a new collaboration with the National Astronomical Observatories of China (NAOC) in the Search for ExtraTerrestrial Intelligence. Breakthrough Initiatives is spearheaded by Russian high-tech billionaire Yuri Milner. In 2015, it had announced an unprecedented $100 million for SETI, with funds going primarily to searches for extraterrestrial radio signals using the Green Bank Telescope in West Virginia and Parkes Telescope in Australia, in a project called Breakthrough Listen. Meanwhile, in 2016, China has been putting the finishing touches on a new radio telescope, the Five-Hundred-Meter Aperture Spherical Telescope (FAST), now the largest telescope of its kind in the world. So the new collaboration is no surprise.

China had said all along that its new radio telescope would, in part, be used for SETI. It will now join the Breakthrough Listen, enabling it to exchange observing plans, search methods and data with the programs at Green Bank and Parkes. Scientists from all three programs plan meet in a series of meetings and conferences to refine search strategies, data analyses and results. 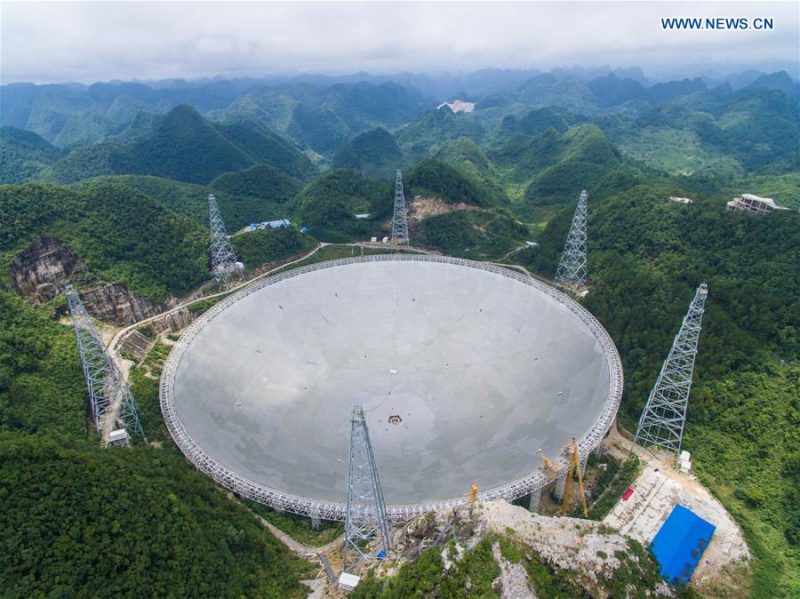 Jun Yan, Director General of NAOC, and Pete Worden, Executive Director of Breakthrough Initiatives, made the collaboration official at a signing ceremony at NAOC headquarters in Beijing. They said they looked forward to “a long and productive scientific collaboration,” and invited scientists around the world to join in “one of humanity’s greatest quests.”

The Five-hundred-meter Aperture Spherical Telescope (FAST), located in Guizhou, China, achieved first light in September 2016. It is the world’s largest filled-aperture radio receiver, and will be one of the most powerful instruments to search for the potential intelligent life beyond Earth.

We are delighted to be collaborating with the Breakthrough Initiatives. 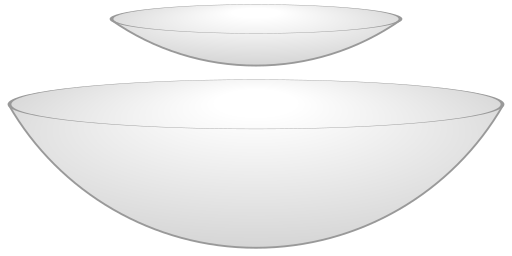 Comparison of the FAST (bottom) and Arecibo Observatory (top) radio dish profiles at the same scale by CMG Lee, via Wikimedia Commons.

Yuri Milner is a major funder of Breakthrough Initiatives. He was an early investor in Facebook and Twitter and has funded other large endeavors, for example, the largest award in the world in the field of Biomedicine and Life Sciences, called the Breakthrough Prize. Image via Rusnanotekh.com