In a recent study, when researchers asked children to draw a scientist, the children most often depicted a bald, middle-aged man in a white coat. More study results here. 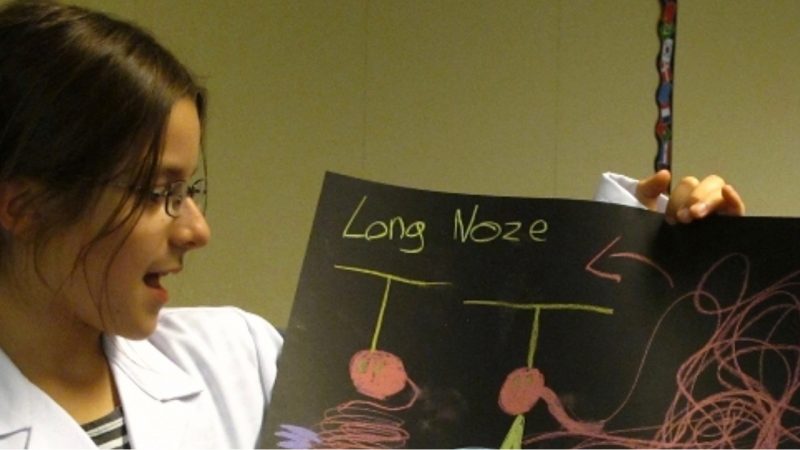 A group of Leiden University science communication researchers reported earlier this month (November 17, 2016) on a study suggesting that children pick up at an early age on male-female stereotypes about who does science. When the researchers asked the children to draw a scientist, the children most often drew a bald, middle-aged man in a white lab coat, they said. The study also analyzed teaching materials for children and found that professions in the science sector were depicted as being filled by men 75% of the time and by women only 25%.

Their study was published in the journal PLOS ONE on November 16, 2016.

It’s not incorrect to depict mostly men as scientists, the researchers pointed out. In fact, most science fields are still dominated by men. In 2013, they said, the percentage of women in science professions worldwide was 28.4%. Their statement said: 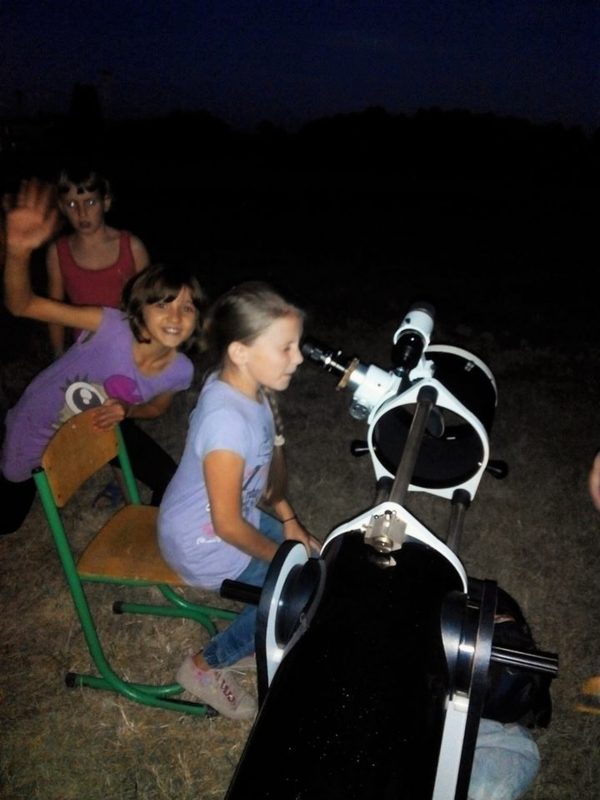 Students in the Ukraine see the sky through a telescope for the 1st time. Read more about this image from UNAWE, a teaching programme at Leiden University that provides activities for girls to increase their interest in science and technology. Despite many amazing past and present women astronomers, a 2010 study by the American Institute of Physics reported only 19% of faculty members at astronomy-only departments were women.

Anne Kerkhoven of Leiden Observatory conducted the study for her master’s thesis on the roles of men and women (and boys and girls) in teaching materials for primary school children. All co-authors work at the Faculty of Science at the Department of Science Communication and Society, Leiden Observatory and the Mathematical Institute.

The materials in the databases include experiments, demonstrations, assignments, videos and games on astronomy, chemistry, biology, geography, mathematics, physics, engineering and technology. The researchers’ statement said:

One of the findings was that, in these pictures and videos from the teaching materials, professions in the science sector were depicted as being filled by men 75% of the time and by women only 25%. Women were found to be over-represented as teachers: 63.9% of the teachers were women, compared to 36.1% men.

Thus, [we] conclude that the male-female ratio in the science sector is already out of balance in the teaching materials used in primary schools.

That’s a problem, given that children’s awareness of stereotypes rapidly increases between the ages of 6 and 10, specifically in primary school.

It is notable that the creators of the materials indeed paid careful attention to gender bias in the children they depicted: the researchers found only minimal differences in the number of boys and girls and hardly any difference in the roles they were assigned in the teaching materials. The creators of the materials apparently avoided stereotyping children, but seem to have forgotten to apply the same standards to the adults. 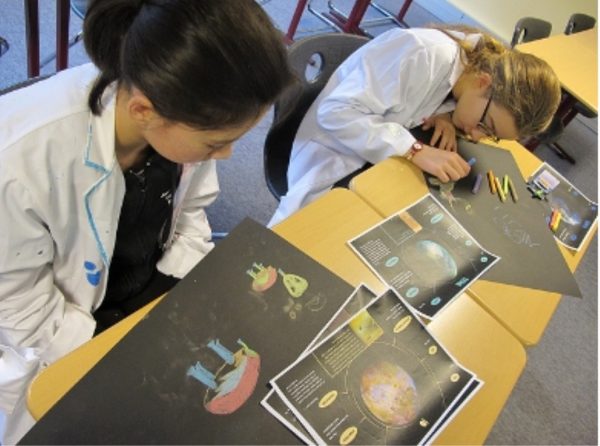 Bottom line: When researchers asked children to draw a scientist, the children most often drew a bald, middle-aged man in a white lab coat. The researchers also analyzed teaching materials for children and found that professions in the science sector were depicted as being filled by men 75% of the time and by women only 25%.