Researchers have made a discovery in neuroscience that could offer a long-lasting solution to eating disorders such as obesity.

It was previously thought that the nerve cells in the brain associated with appetite regulation were generated entirely during an embryo’s development in the womb and therefore their numbers were fixed for life.

But research published today in the Journal of Neuroscience has identified a population of stem cells capable of generating new appetite-regulating neurons in the brains of young and adult rodents. 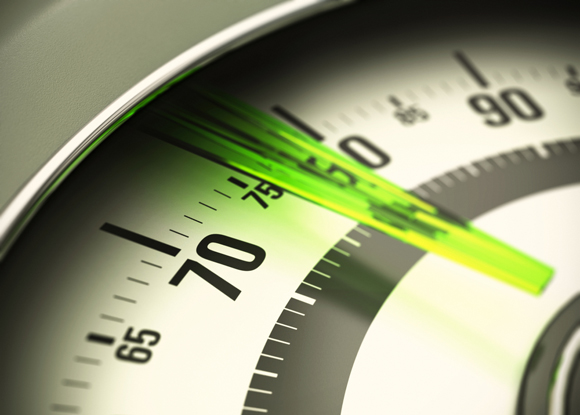 Obesity has reached epidemic proportions globally. More than 1.4 billion adults worldwide are overweight and more than half a billion are obese. Associated health problems include type 2 diabetes, heart disease, arthritis and cancer. And at least 2.8 million people die each year as a result of being overweight or obese.

The economic burden on the NHS in the UK is estimated to be more than £5 billion annually. In the US, the healthcare cost tops $60 billion.

Scientists at UEA investigated the hypothalamus section of the brain – which regulates sleep and wake cycles, energy expenditure, appetite, thirst, hormone release and many other critical biological functions. The study looked specifically at the nerve cells that regulate appetite.

The researchers used ‘genetic fate mapping’ techniques to make their discovery – a method that tracks the development of stem cells and cells derived from them, at desired time points during the life of an animal.

They established that a population of brain cells called ‘tanycytes’ behave like stem cells and add new neurons to the appetite-regulating circuitry of the mouse brain after birth and into adulthood. 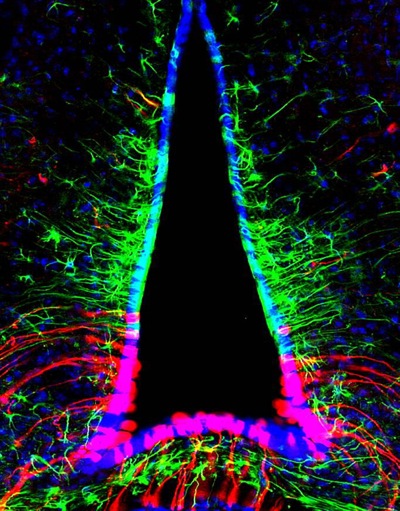 “Loss or malfunctioning of neurons in the hypothalamus is the prime cause of eating disorders such as obesity.

“Until recently we thought that all of these nerve cells were generated during the embryonic period and so the circuitry that controls appetite was fixed.

“But this study has shown that the neural circuitry that controls appetite is not fixed in number and could possibly be manipulated numerically to tackle eating disorders.

“The next step is to define the group of genes and cellular processes that regulate the behaviour and activity of tanycytes. This information will further our understanding of brain stem cells and could be exploited to develop drugs that can modulate the number or functioning of appetite-regulating neurons.

“Our long-term goal of course is to translate this work to humans, which could take up to five or 10 years. It could lead to a permanent intervention in infancy for those predisposed to obesity, or later in life as the disease becomes apparent.”

Via University of East Anglia