Scientists report that bacteria can persist on surfaces, like furniture and toys, significantly longer than previously thought.

It’s been long thought that bacteria responsible for common illnesses – for example, colds, ear infections and strep throat – don’t survive for long outside the body. But a new study disagrees with this conventional wisdom. In a paper published in the January 2014 issue of Infection and Immunity, scientists report that bacteria can persist on surfaces, like furniture and toys, significantly longer than previously thought.

In a press release, the paper’s senior author, Anders Hakansson, at the University of Buffalo School of Medicine and Biomedical Sciences, said:

These findings should make us more cautious about bacteria in the environment since they change our ideas about how these particular bacteria are spread. This is the first paper to directly investigate that these bacteria can survive well on various surfaces, including hands, and potentially spread between individuals.

The culprit behind most ear and respiratory tract infections is Streptococcus pneumoniae. It’s often contracted in day care centers, and is a common source of infection in hospitals. In countries with little access to clean water, nutritious food, and antibiotic, Streptococcus pneumoniae is a significant threat, causing pneumonia and sepsis that kills about one million children each year. The other bacteria in the study, Streptococcus pyogenes , is often responsible for strep throat and skin infections. 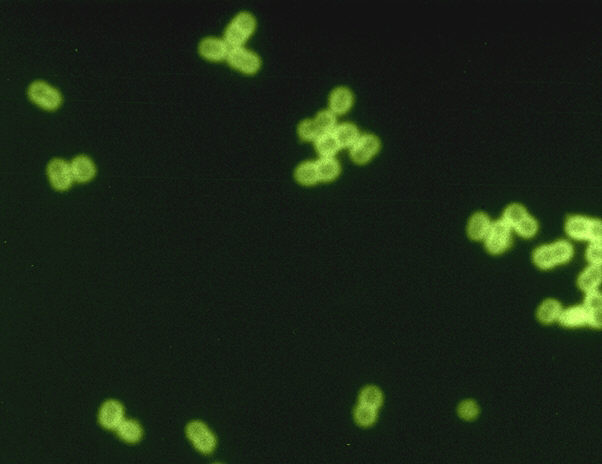 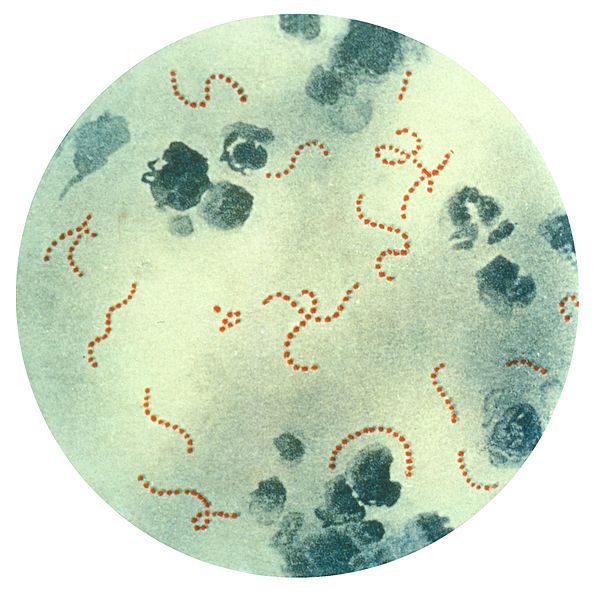 A 900 times-magnified image of Streptococcus pyogenes bacteria, extracted from pus. Image via CDC.

Bacterial colonization doesn’t, by itself, cause infection but it’s a necessary first step if an infection is going to become established in a human host. Children, the elderly and others with compromised immune systems are especially vulnerable to these infections.

Past scientific research has claimed that the only way to contract an illness is by breathing in droplets carrying bacteria, released by coughing and sneezing from an infected person, because bacteria cannot survive for long outside the human body. However, experiments backing that view were done in environments that did not mimic real-world conditions.

The new findings, however, show that contact with the bacteria that cause these common illnesses may be happening more frequently than we realize. In a study conducted at a daycare center, toys tested positive for Streptococcus pneumoniae. Other surfaces, including cribs, were found to harbor Streptococcus pyogenes, even though some had earlier been cleaned. What’s surprising about these findings is that samples were collected just before the daycare opened for the day, indicating that the bacteria had survived overnight.

Contrary to what was believed previously, common bacteria that cause infections such as colds and strep throats can persist for long periods on surfaces like furniture and toys. This new knowledge may affect protocols at hospitals and daycares on how to reduce infections. Image via Flickr user Foto Jenny. 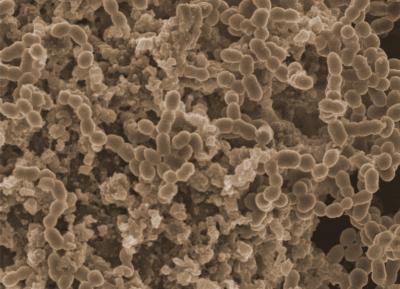 They wondered, how long could these bacteria survive outside the body? The findings at the daycare proved that these bacteria remain viable for many hours after contaminating a surface. In subsequent experiments, they pushed the limits even farther, showing that Streptococcus pneumoniae and Streptococcus pyogenes biofilms as old as one month could colonize mice that came in contact with it.

Since discovering that biofilms are key to the pathogenesis of S. pneumonaie, we wanted to find out how well biofilm bacteria survive outside the body. In all of these cases, we found that these pathogens can survive for long periods outside a human host.

Commonly handled objects that are contaminated with these biofilm bacteria could act as reservoirs of bacteria for hours, weeks or months, spreading potential infections to individuals who come in contact with them.

He cautioned that these results required further study to better characterize how infections occur due to contact with bacteria that had been on a surface for long periods.

If it turns out that this type of spread is substantial, then the same protocols that are now used for preventing the spread of other bacteria, such as intestinal bacteria and viruses, which do persist on surfaces, will need to be implemented especially for people working with children and in health-care settings.

Bottom line: Contrary to what was believed previously, common bacteria that cause infections such as the cold and strep throat – including Streptococcus pneumoniae and Streptococcus pyogenes – can persist for long periods on surfaces like furniture and toys. The biofilm, a thin slimy layer holding these bacteria colonies, is tough enough to preserve the bacteria outside the body for hours, even days. Further studies are needed to figure out how easy it is to become infected by these germs. The new knowledge may affect protocols at hospitals and daycares on how to reduce infections.