The oldest known example of a water treatment system in the Western Hemisphere was recently discovered in Guatemala.

The ancient temples of the Maya city of Tikal rise above the forest in Guatemala. Image via jjmusgrove/ Flickr.

Scientists have uncovered evidence of an advanced water treatment system, built more than 2,000 years ago, in the ancient Maya city of Tikal in the tropical forests of Guatemala. The Maya used the mineral zeolite in the treatment system to filter out harmful microorganisms and toxic chemicals. This system represents the oldest known example of a water treatment system in the Western Hemisphere. The new research was published in the peer-reviewed journal Scientific Reports on October 22, 2020.

The 2021 lunar calendars are running out! Order yours before they’re gone.

At its peak, the ancient Maya city of Tikal is believed to have been the home to at least 60,000 people, and scientists have discovered the remains of more than 3,000 structures located around the city. The city was located in the area that is now Guatemala in Central America. 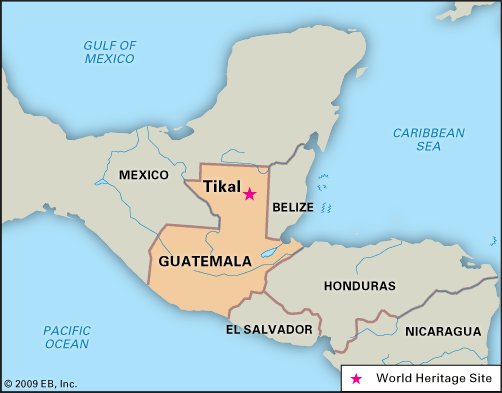 Location of the ancient city of Tikal. Image via Britannica.

Scientists collected sediment cores from three drinking water reservoirs in Tikal that were used to store water from approximately 2,200 to 1,100 years ago. Mineral analyses revealed the presence of zeolite at one particular site known as the Corriental reservoir. Zeolite is an aluminosilicate mineral that has many pores and is an excellent material for trapping drinking water contaminants like harmful microorganisms and toxic metals. Because of its unique properties, zeolite is often used in modern water purification systems. 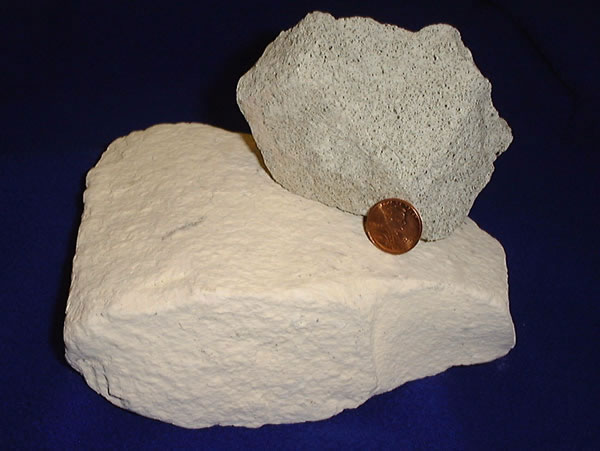 The zeolite found in Tikal was likely collected from distant mineral deposits located about 19 miles (30 km) northeast of the drinking water reservoir and was transported back to the city, according to the scientists from the University of Cincinnati who performed the analyses. It is possible that the Maya became of aware of the excellent water quality in the area containing the zeolite deposits and this led to the inspiration for its use in Tikal.

The main source of drinking water in Tikal was precipitation and runoff, and drinking water was likely scarce in times of droughts. The drinking water reservoirs thus played a crucial role in supplying the residents with potable water throughout the year. However, water can become foul when it is stored for long periods of time, and so the Maya used the zeolite treatment technology to help purify the water.

This system represents the oldest known example of a water treatment system in the Western Hemisphere. Around such times, other known civilizations in the Americas mainly relied on natural springs for their drinking water, and this was water was often transported to inhabited areas through a system of aqueducts. While advanced water filtration systems have been discovered within the ancient cities of Greece, Egypt, and South Asia, the system at Tikal represents the first of its kind in the New World.

Kenneth Barnett Tankersley, lead author of the new paper and associate professor of anthropology at the University of Cincinnati, commented on the findings in a statement. He said:

The ancient Maya lived in a tropical environment and had to be innovators. This is a remarkable innovation. A lot of people look at Native Americans in the Western Hemisphere as not having the same engineering or technological muscle of places like Greece, Rome, India or China. But when it comes to water management, the Maya were millennia ahead.

Bottom line: Scientists have uncovered evidence of an advanced water treatment system in the ancient Maya city of Tikal, in which zeolite was used to purify the drinking water. This system represents the first of its kind to be discovered in the Americas.