Penetrating the mystery of why we age

Researchers in Germany call the aging process “a quirk of evolution” and take a step forward in understanding why we didn’t evolve to live forever. 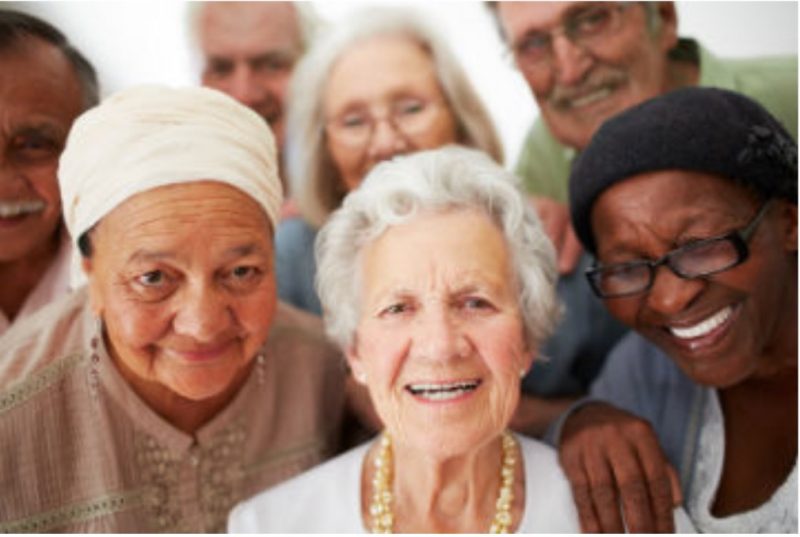 Image via the Leadership Council of Aging Organizations.

Researchers at the Institute of Molecular Biology (IMB) in Mainz, Germany said last month that – by studying a type of worm called C. elegans – they’ve made a breakthrough in understanding why humans age. They call the aging process a quirk of evolution. Their work involves identification of the genes belonging to a process called autophagy – from Greek words auto meaning self and phagy meaning devouring – a normal physiological process related to the destruction of damaged cells in the body, which, these researchers explained:

… promote[s] health and fitness in young worms but drive[s] the process of aging later in life.

This research was published September 7, 2017 in the peer-reviewed journal Genes & Development. Their statement said:

As Charles Darwin explained, natural selection results in the fittest individuals for a given environment surviving to breed and pass on their genes to the next generation. The more fruitful a trait is at promoting reproductive success, the stronger the selection for that trait will be.

In theory, this should give rise to individuals with traits which prevent aging as their genes could be passed on nearly continuously. Thus, despite the obvious facts to the contrary, from the point of evolution aging should never have happened. 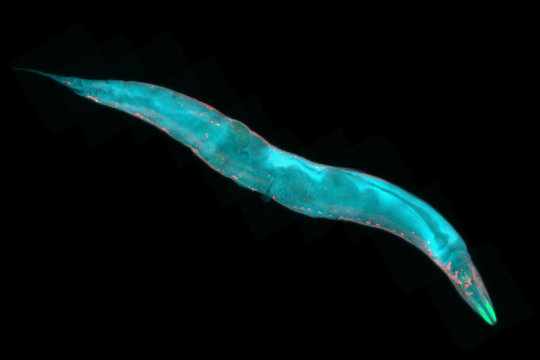 C. Elegans. It’s a simple, primitive organism that shares essential biological characteristics central to human biology. Thus researchers around the world study these worms. In studies at the Institute of Molecular Biology in Mainz, Germany, researchers found 30 specific genes in C. Elegans that promote aging specifically, but they found the genes only in old worms. “Considering we tested only 0.05 percent of all the genes in a worm, this suggests there could be many more of these genes out there to find,” the authors said.

And yet we do age. Why? Scientists have debated the question in evolutionary terms since the 1800s, but – in 1953 – the biologist George C. Williams gave an explanation for how aging can arise, from an evolutionary standpoint. His hypothesis is called antagonistic pleiotropy (AP). It suggests one gene may control for more than one trait, where, for example, one trait may be beneficial to the organism’s fitness and another detrimental. According to Williams’ hypothesis, if the same gene caused reproductive success in early life – and aging later in life – then aging would be adaptive (suitable) from an evolutionary standpoint. The Mainz researchers’ statement explained:

… over time these pro-fitness, pro-aging mutations are actively selected for and the aging process becomes hard-wired into our DNA. While this theory has been proven mathematically and its implications demonstrated in the real world, actual evidence for genes behaving in such as fashion has been lacking.

This evidence has now arrived according to Jonathan Byrne, co-lead author of the new paper. These researchers located 30 genes in C. Elegans that represent:

…some of the first found promoting aging specifically only in old worms.

These AP genes had not been found before because it is incredibly difficult to work with already old animals. We were the first to figure out how to do this on a large scale. From a relatively small screen, we found a surprisingly large number of genes that seem to operate in an antagonistic fashion.

The researchers also found a series of genes involved in regulating autophagy (whereby our bodies self-devour damaged cells), which accelerate the aging process. They called these results “surprising” because:

… the process of autophagy is a critical recycling process in the cell and is usually required to live a normal full lifetime. Autophagy is known to become slower with age and the authors of this paper show that it appears to completely deteriorate in older worms. [We] demonstrate that shutting down key genes in the initiation of the process allows the worms to live longer compared with leaving it running crippled.

They commented that autophagy is nearly always thought of as beneficial even if it is barely working, but that their work shows there are “severe negative consequences” when autophagy breaks down:

… and then you are better off bypassing it all together. It is classic AP: in young worms, autophagy is working properly and is essential to reach maturity, but after reproduction it starts to malfunction causing the worms to age.

Thus these researchers have provided what they say is “some of the first clear evidence” for how the aging process arises as a quirk of evolution.

And they say their findings may also have broader implications for the treatment of neurodegenerative disorders such as Alzheimer’s, Parkinson’s, and Huntington’s disease where autophagy is implicated. The researchers show that by promoting longevity through shutting down autophagy in old worms there is a strong improvement in neuronal and subsequent whole body health.

Bottom line: Researchers in Germany use a worm known as C. Elegans to study the process of aging, finding some of the first genes found promoting aging specifically. They also demonstrated that shutting down key genes related to the process of autophagy – a beneficial process for younger animals but age-producing in older animals – allowed the worms they studied to “live longer.”

Read why C. Elegans are so widely used to explore human biology