Thanks for the great response to EarthSky22! Tell your friends about the best new science podcast on the internet, with science interviews and music.

Here’s the lineup for this week’s EarthSky 22.

Music: The Black and White Years, “Up!”

Music: The Boxing Lesson, “Dark Side of the Moog”

Ryan Britton on Weird Science on the Internet: Can you contract a peanut allergy via lung transplant?

Music: Built By Snow, “All the Weird Kids Know”

Emily Howard reporting: Paul Niles says Mars rocks point to a life-hospitable past Ancient rocks on Mars suggest there might have been a habitable environment – underneath the surface of the planet.

Music: The Black and White Years, “Up!” 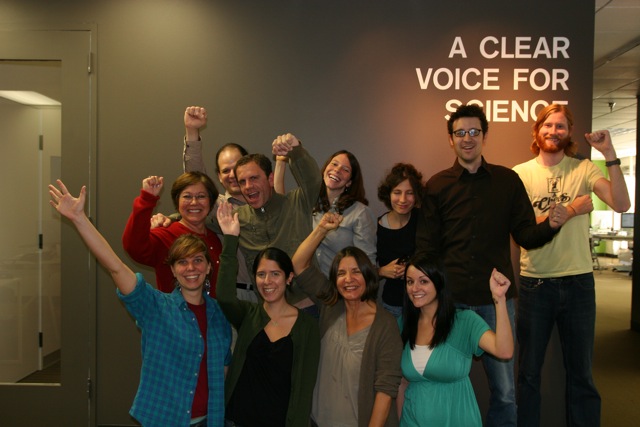 Hey, everybody! Thanks for all your wonderful comments and suggestions, and for listening to our this week’s podcast! We love you guys!