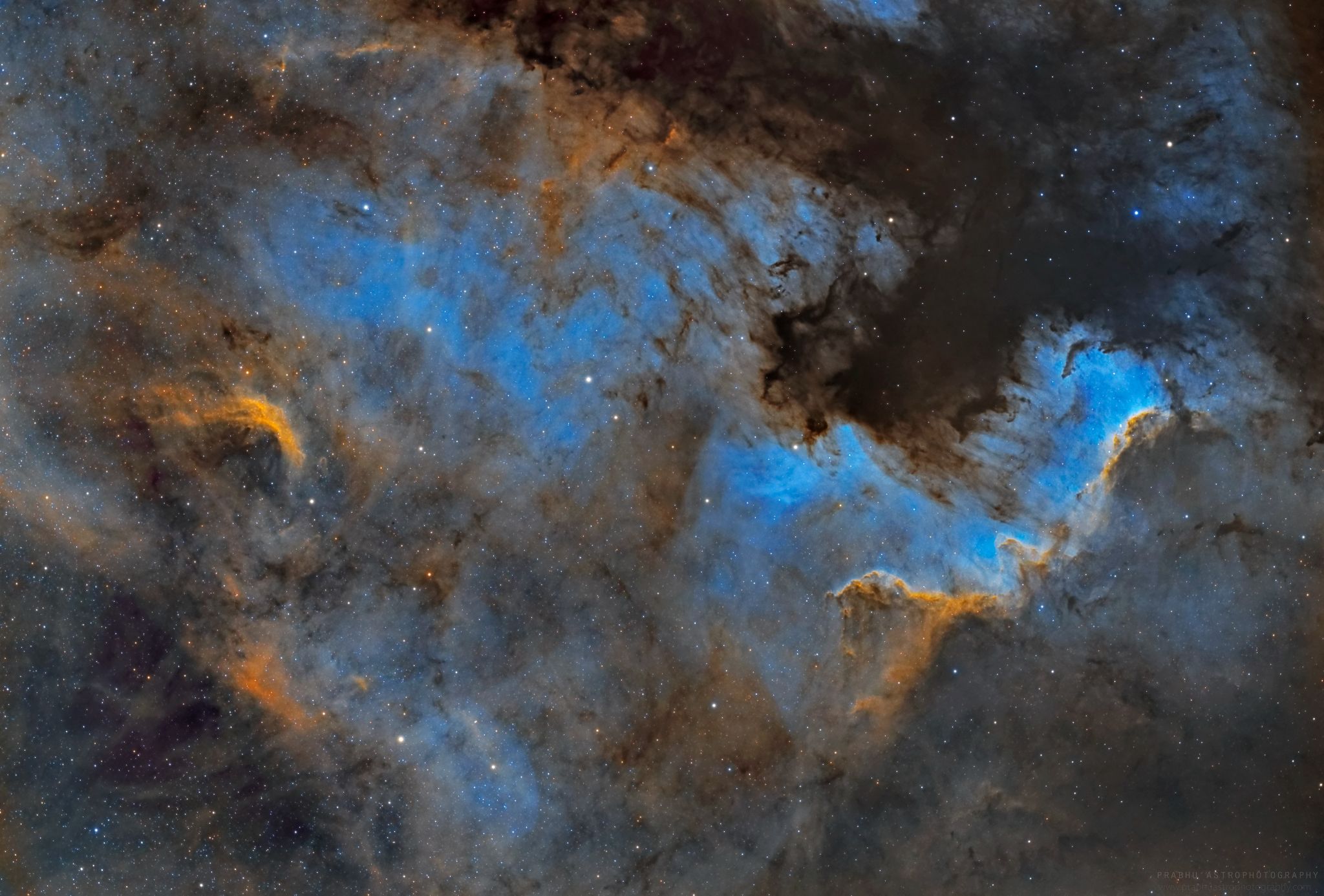 North America Nebula (NGC 7000) is a cloud of interstellar gas ionized from within by young, hot stars. Interstellar dust particles in part of this cloud absorb the light emitted by recombining atoms. The shape of the nebula roughly resembles that of North America, The portion of the nebula resembling Mexico and Central America is known as the Cygnus Wall. This region exhibits the most concentrated star formation. It is located at a distance of approximately 2000 light-years away. At that distance, the 3-degree wide field of view would span 80 light-years. This cosmic portrait uses narrow band images combined to highlight the bright ionization fronts and the characteristic glow from atomic hydrogen, sulfur, and oxygen gas. These nebulae can be seen with binoculars from a dark location. Look northeast of bright star Deneb in the constellation Cygnus the Swan.