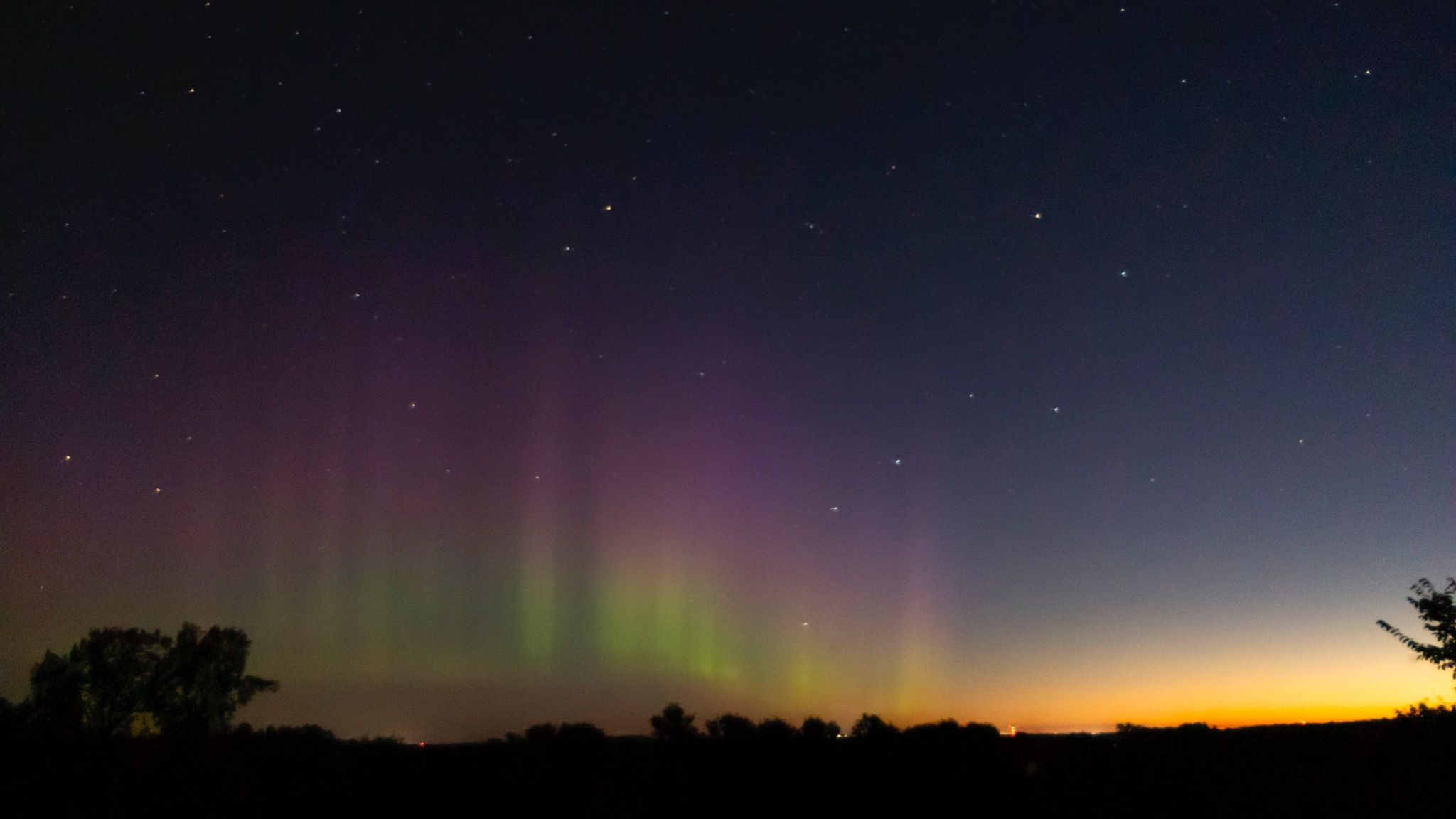 I had to open up the aperture wide (and use a long exposure) for the camera to gather enough light at night. As a result, the sky in the photo was too light. So I tweaked the exposure back down post-processing.

Random window photo of a lifetime!

Looking due north out my second story bedroom window at 5:30 am, spectacular Aurora Borealis dances with Draco the Dragon and Ursa Major, the Great Bear.

This aurora was a hidden treasure that I happened upon accidentally while photographing stars out my window. To the naked eye, the aurora appeared as a faint white veil. Some subtle shifting of the light curtain made me wonder if this was indeed the Northern Lights. It wasn't until the superior light gathering prowess of my camera lens grabbed the image that I saw the aurora's spectacular colors. And I gasped out loud!

It has been decades since I've witnessed nature's finest light show!