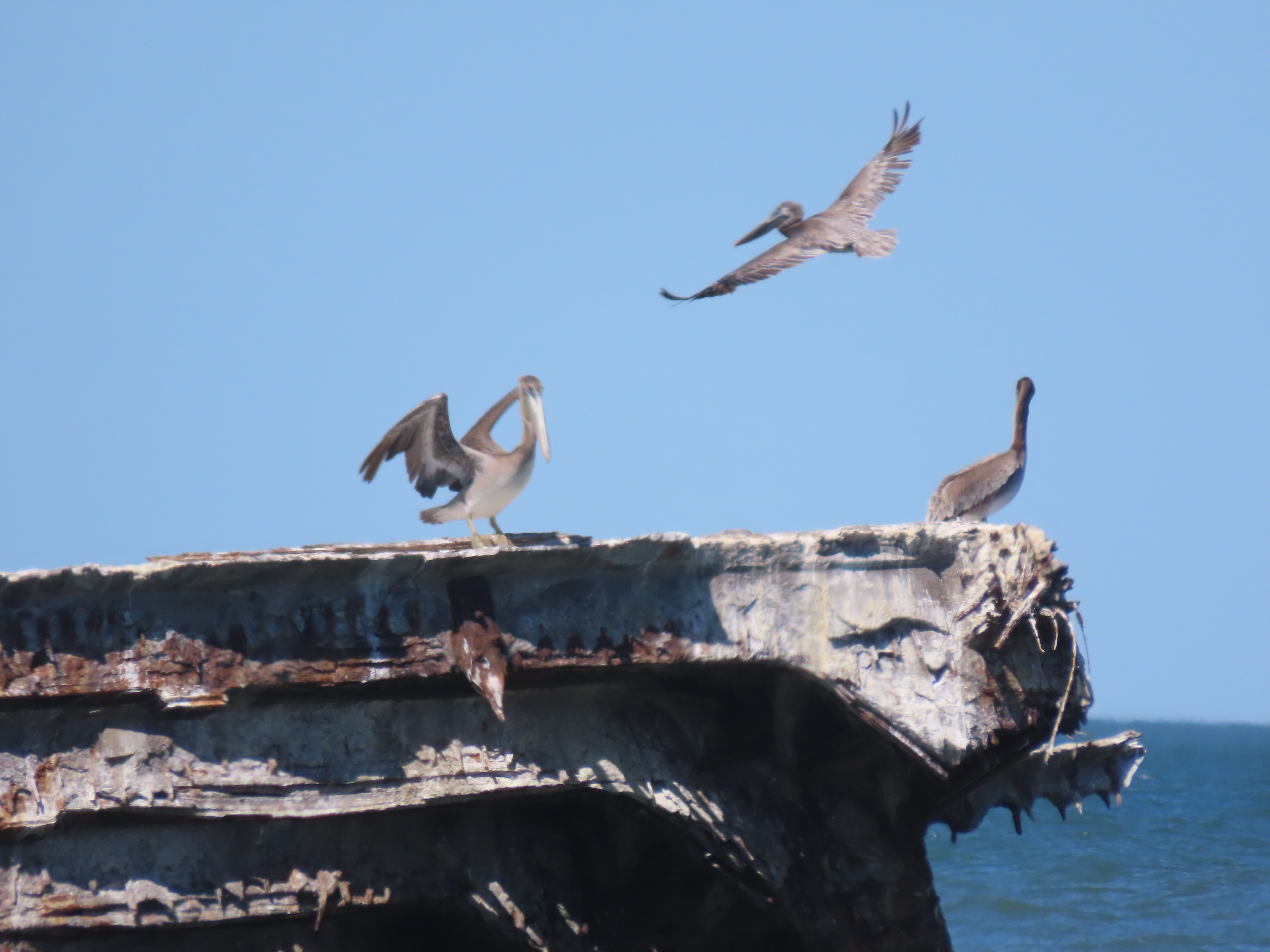 The SS Atlantus (affectionately known by locals as “the Concrete Ship”) was built after WWI to transport American troops home from Europe and was in service until 1920.

In 1926, it was purchased with the intent of creating a ferry dock and put into place in March of that year. In June of the same year, a storm ripped it free from its moorings and it went aground off Sunset Beach, where it rests to this day. Erosion is slowly claiming the ship into the bay but it has become a place for birds to rest, like these Brown Pelicans.

Interestingly enough, Brown Pelicans were not regularly sighted in New Jersey until a few years ago.

It’s amazing to think of how time shifts and what’s old welcomes in the new.