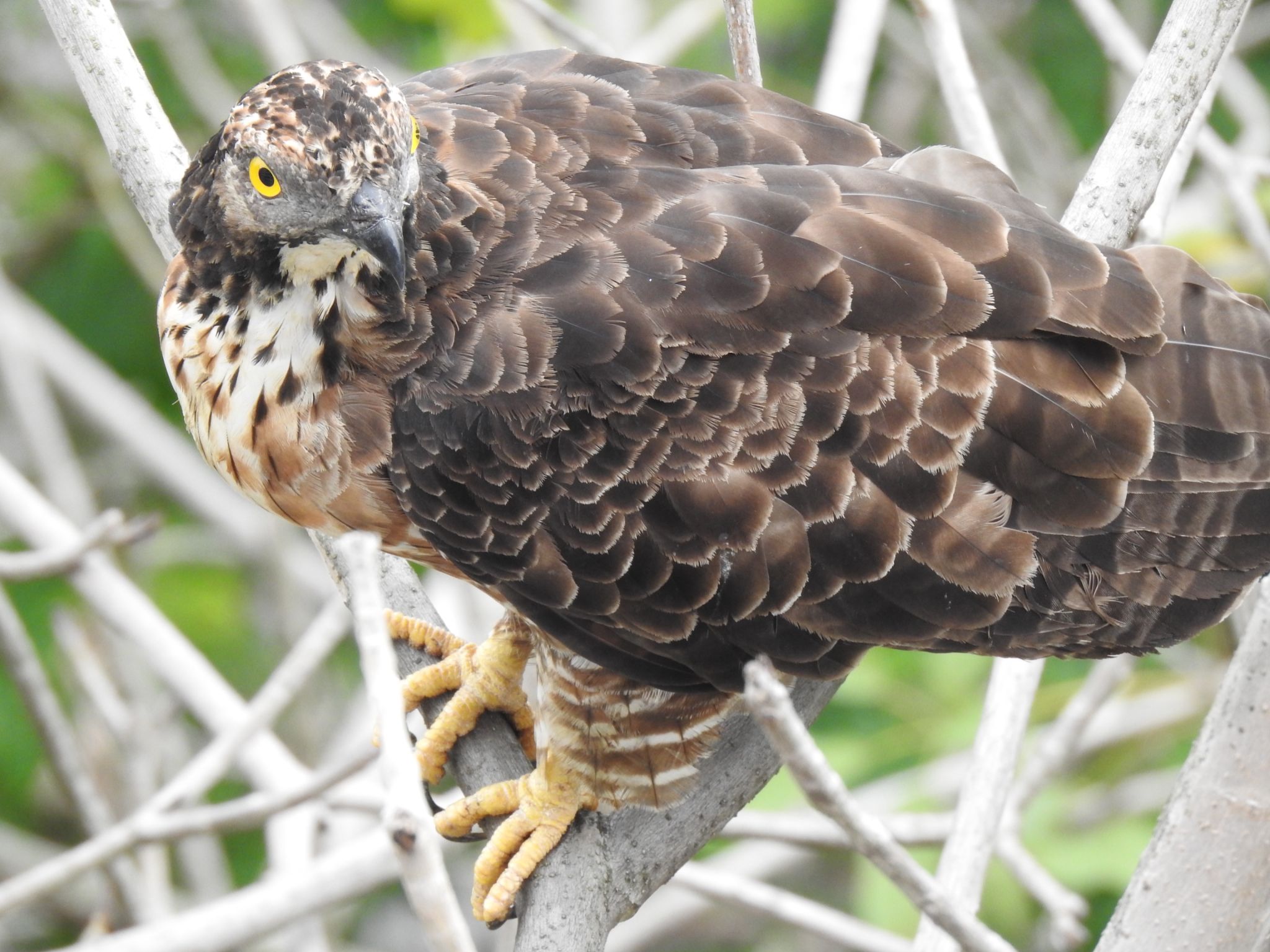 Just when I stepped out of my flat a moment, I saw this huge bird outside perched on a nearby tree. Before it flew off, I then took many shots of it and fortunately managed to captured it on camera as it did flew away after about 10 minutes. I realised this is the Oriental Honey-Buzzard (Pernis ptilorhyncus) which is one of the most common migrant raptors in Singapore. It belongs to Family Accipitridaethe. They are believed to have come from north Asia, breeding in the temperate forests of China, the Korean Peninsula, and Japan. Satellite-tracked birds from Japan show that they migrate through China, Southeast Asia, with many passing through Singapore to Indonesia, but some birds also spend the winter in Singapore.

‘Raptor’ is a broad term that refers to eagles, hawks, buzzards, goshawks, and other birds of prey. They feed on the larvae of bees, wasps, and hornets and that they do not pose a threat to other wildlife and are part of our ecosystem. I was lucky to have spotted in the nick of time and hope to see it again soon in the vicinity !