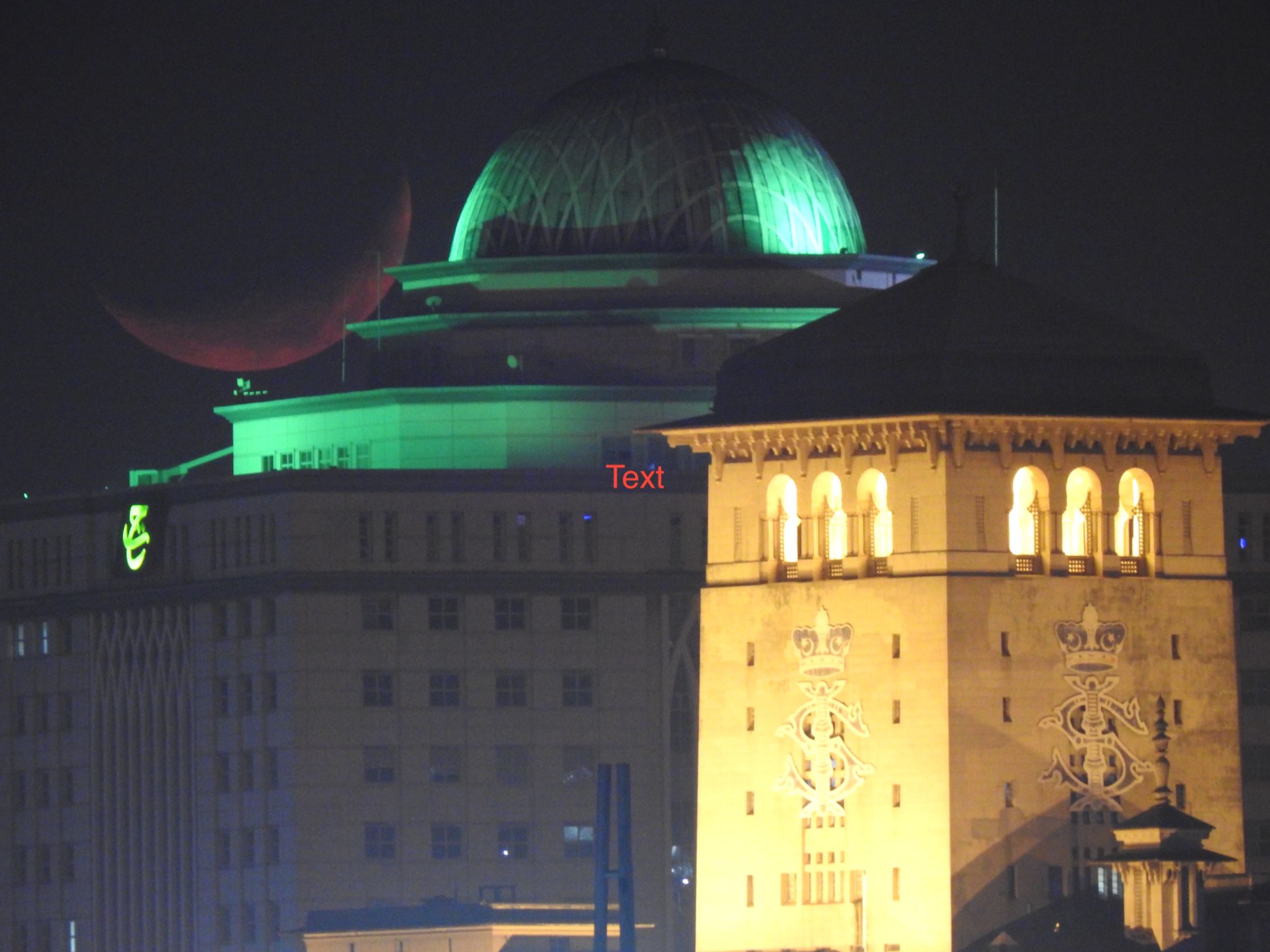 The waxing crescent moon which was 23.2% full during this moonset on a Monday late evening. The moon was red and look huge during its descend behind these buildings in the southern border state of West Malaysia. The picture was taken across the sea in Singapore where our countries are separated and linked via a causeway bridge. The camera offer a powerful zoom but this buildings are just about 1 km from Singapore which is relatively near. The focus was on the Moon which was so beautiful in the late night skies.