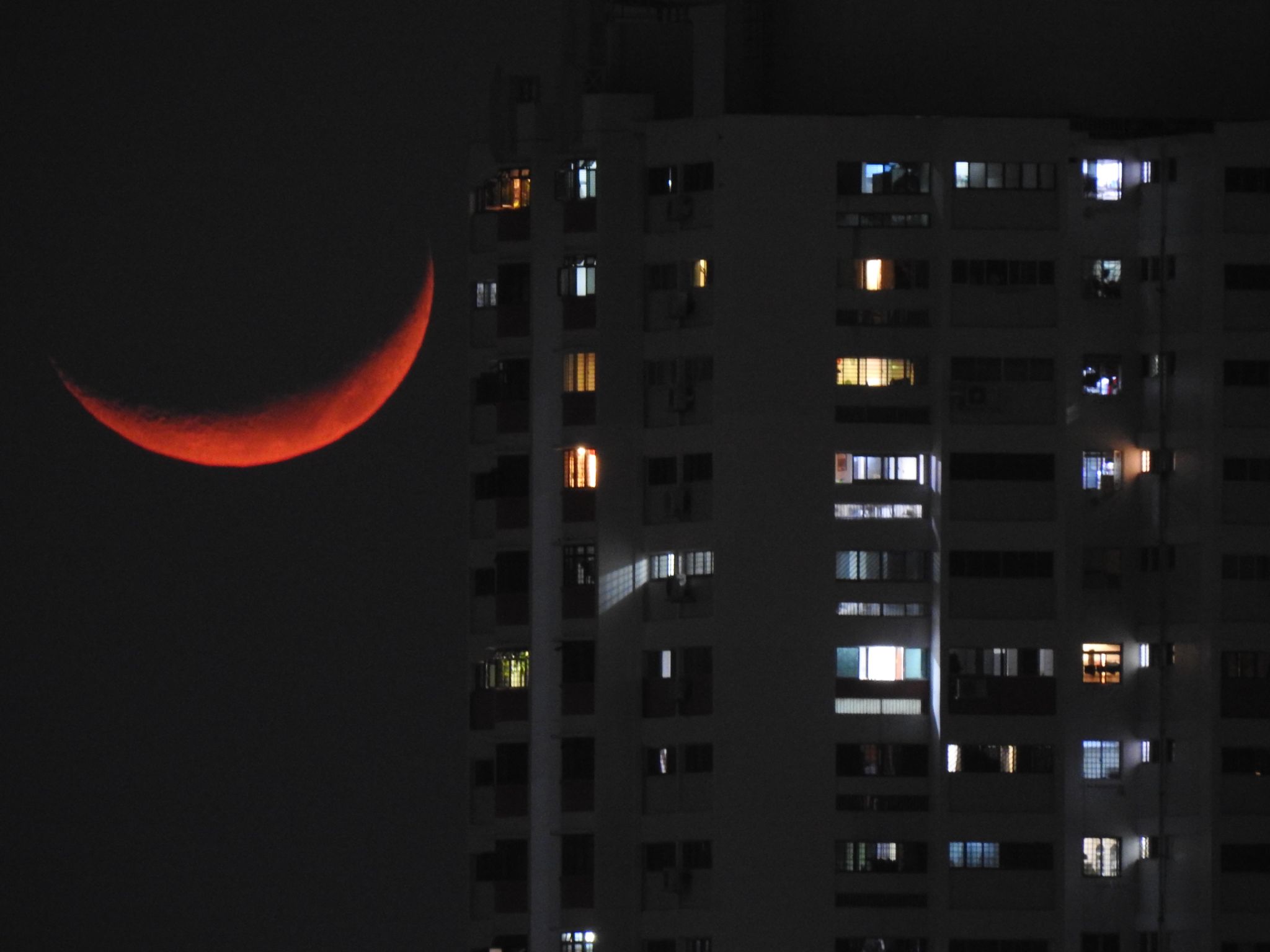 The waxing crescent moon at 17.7% full descending in the north of Singapore tonight. The moon practically looks like it is outside your window. But the fact is it is about 399,734 km away from Earth when this photo was taken. Usually the moon appears orange red during its setting. The moonset was just about 10 minutes later after this photo was shot. It looks huge when compared to an object like this 25 storey high apartment.