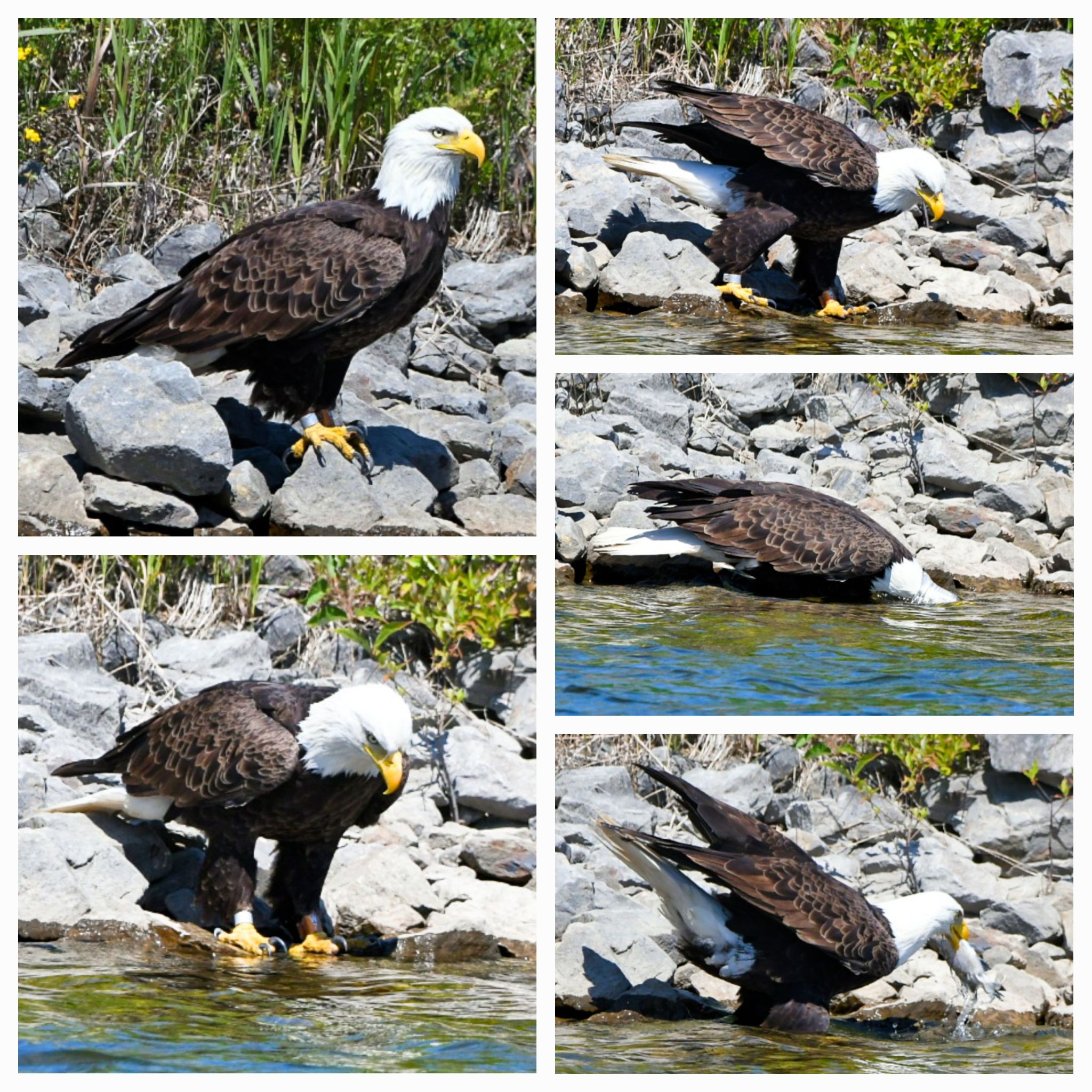 The bands on this beautiful male bald eagle tell the story of his past. He was banded as an eaglet, along with 2 siblings, in Massachusets (orange band) in 2013. Later reported in Ohio, then Canada, then finally to his present home in Cobleskill NY, where he met his mate who has had 2 eaglets each year for 5 yrs with him. I was surprsed to see him catch a fish with his beak, when normally he would swoop down & catch with it's talons.